A witness who told police of plans to murder Trainspotting sequel T2 actor Bradley Welsh in the month before his death has been accused of speaking ‘fantastic untruths’.

The 48-year-old boxing coach, Doyle in the film, was fatally shot at his flat in the west end of Edinburgh on April 17 2019.

Sean Orman, 30, has pleaded not guilty to all 15 charges against him, including murder, attempted murder, firearms and drugs offences.

Witness Dean White previously told the High Court in Edinburgh he had seen the accused at his brother Robert’s home with a man known as Peem, James Davidson, in March 2019.

He said the accused spoke about attacking a man and his son with a machete in the Oxgangs area for money, prompting him witness to alert Police Scotland to the potential danger.

It was heard Orman also claimed he was being paid £10,000 to ‘get’ Mr Welsh with a shotgun.

Today Mr White was repeatedly questioned by defence counsel Ian Duguid QC about his recollection of events and why they did not always match with his statements given to police.

The lawyer put it to Mr White that he made up events about a Ford Kuga’s involvement in the incident to help police.

Mr Duguid said: ‘The reason you mentioned the Kuga is because police have apparently revealed information that there was a Kuga believed to be involved in Bradley Welsh’s murder.

‘I would suggest it’s a fantasy, you are speaking fantastic untruths.’

The witness said: ‘No, I’m not fantasising, I’m telling the truth, the whole truth and nothing but the truth.’

‘I have been removed from my loving family I will never see again because of the statements I gave.

‘I told police exactly what was going to happen, this guy would still be alive today. I have been removed and I can’t have any contact with my family today. 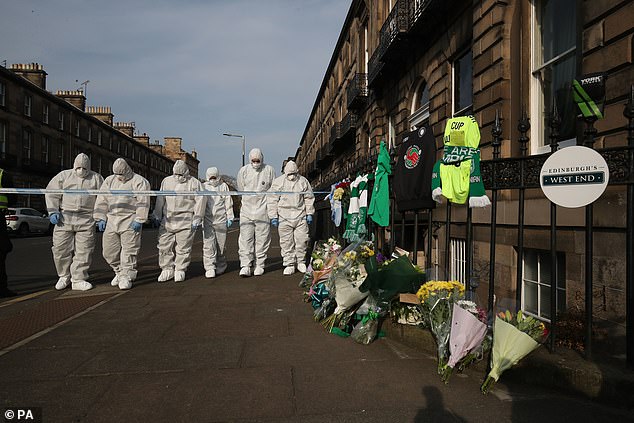 ‘If I wasn’t afraid, I would still be in Edinburgh.’

He then accused the lawyer of trying to confuse him over his version of events.

Mr Duguid explained he was not trying to confuse the witness but instead wanted to clarify the timeline of events.

The court was told heard Mr White had been smoking cannabis at the time of that meeting while also on prescription drugs and methadone to fight heroin addiction.

Orman is also accused of driving at speeds up to 123mph on the Edinburgh bypass on April 22 2019, where the limit is 70mph, and failing to stop for uniformed police officers.

He faces an accusation of having driven on the opposing side of the carriageway of Clovenstone Road ‘in excess of 92mph’, where the limit is 30mph.

Another charge alleges he drove without insurance and was in possession of the class A drug diamorphine and class C drug diazepam. 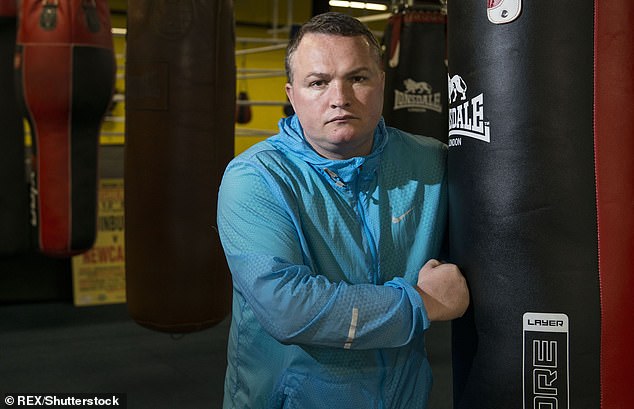 Bradley Welsh, 48, who starred alongside Ewan McGregor in the film, died after a shooting at his flat in New Town, Edinburgh, on April 17, 2019

He was also featured in Danny Dyer’s Deadliest Men documentary series in 2008, and was jailed for terrorising estate agents while working in the protection trade.

The former gangster-turned-film-star spoke of his regrets at turning to a life of crime aged just 13, in an interview broadcast two months before his death.

Welsh admitted he was involved in ‘protection rackets, firearms, and extortion’ before his 18th birthday, adding: ‘I’ve done some horrible, horrible things.’

He told the interviewer’s Anything Goes show: ‘I was a young laddie from the ghettos and we didn’t have much.’