EXPRESS INFORMER > News & Politics > With working from home the new normal is this £1.6m manor house in Devon the ideal family abode?

With working from home the new normal is this £1.6m manor house in Devon the ideal family abode?

By Aurelie Boinay For The Mail On Sunday

August saw the biggest monthly rise in house prices in 16 years as lockdown lifted and buyers targeted rural and coastal areas, desperate to get out of the urban bustle as working from home became a practical reality.

One property ticking both boxes – in beautiful countryside but also near the sea – is the Manor House in the village of Coffinswell in South Devon.

But it has another particular draw – one that is revealed by the name of the settlement where it stands – as in its grounds there is a natural spring that provides enough water to supply several properties.

With people looking to leave cities, is this property in Coffinswell, South Devon an ideal spot? 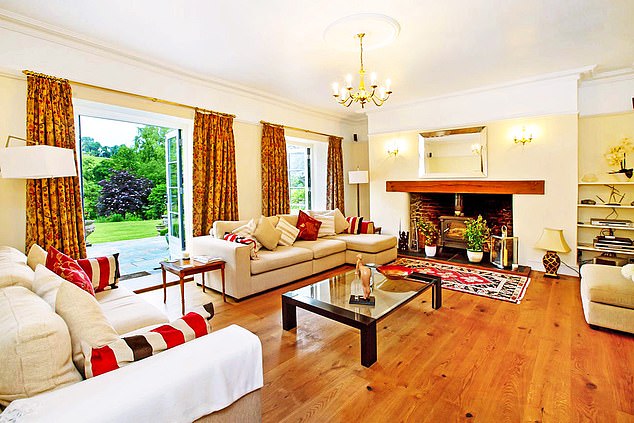 The property, which is near both the coast and rolling countryside ticks lots of boxes

The Oxford Dictionary of Place Names states that Coffinswell’s name means ‘The spring or well of the Coffyn family’ – and, indeed, the Manor House, which dates back to the 16th Century, was once home to a Lord Coffyn.

‘We were told when we moved in that there was enough water in the well for five dwellings,’ says Patricia Wilson, who, with her husband Graham, is selling the Manor House. The spring currently supplies drinking water for three properties, as well as water for the Wilsons’ toilet, bathing and appliance requirements.

‘We have no water rates, which is very good because that is very expensive,’ says Patricia.

Patricia and Graham, who are both now retired, are downsizing in a move to Torquay, which is only about four miles away from Coffinswell, to be closer to their twin daughters and five grandchildren.

‘My family and my friends are there so it would make life a lot simpler,’ says Patricia.

The Manor House consists of a central building, a separate lodge and a barn that has planning permission for conversion into three two-bedroom cottages. The old timbers, beams and cob walls of the original dwelling are still on show in the main house, which was extended shortly after the First World War.

More recently, Patricia and Graham – who have owned the Manor House for 16 years – added a conservatory, which extends on to a terrace that is part glazed and has a hot tub. In the garden there is a greenhouse and a duck pond. There are also stunning views of the surrounding countryside

In total, the property has eight bedrooms – five in the main house and three in Manor Lodge.

‘We would like it to be well maintained,’ Patricia says, ‘as this is a family home.’