Sir Winston Churchill’s niece and the widow of former Prime Minister Anthony Eden has died at the age of 101.

Clarissa Eden, the Countess of Avon, passed away on Monday, more than four decades after the death of her husband.

Born Anne Clarissa Churchill on June 28, 1920, she was always known as Clarissa, and was the only daughter of Major John Strange Churchill, the younger brother of Winston, and Lady Gwendoline Bertie, daughter of the Earl of Abingdon.

As well as being the niece of Britain’s most famous prime minister and later marrying another, her grandfather Lord Randolph Churchill was chancellor of the exchequer in the 1880s.

In later years, she dismissed distinguished politicians as ‘frightful bores’ and after the death of her husband, she moved to London and socialised with famous friends, including the actress Greta Garbo and director Orson Welles.

Countess Avon was also a friend of Cecil Beaton, the society photographer and designer, and Ian Fleming, the creator of James Bond.

Lady Eden’s zest for life carried on into her centenary, when she threw a party for friends to celebrate her 100th birthday.

She was the oldest former spouse of a Prime Minister following Mary Wilson’s death, having outlived five of her successors.

In 1952, she married Anthony Eden, Churchill’s former foreign secretary, who later served as Prime Minister from 1955 to 1957.

Her death has been described as the ‘end of an era’.

Clarissa Eden, Sir Winston Churchill’s niece and the widow of former Prime Minister Anthony Eden has died at the age of 101. Pictured in April 2008 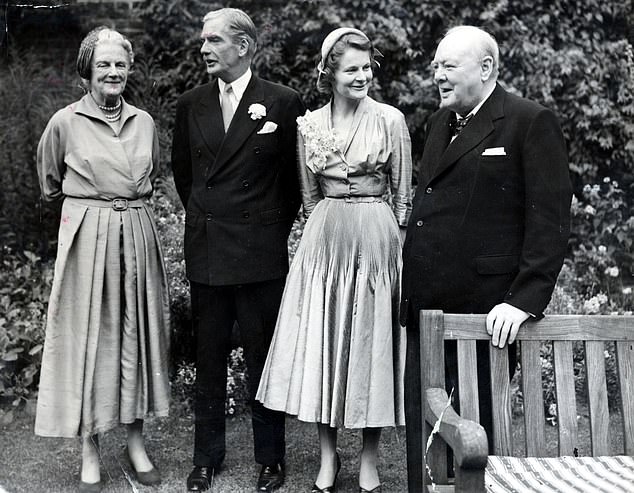 The former Prime Minister lost popularity during his time as leader of Britain – and was ultimately undone by his handling of the Suez Crisis.

Lady Avon famously remarked ‘I have really felt as if the Suez Canal was flowing through my drawing room’ during the 1956 Suez crisis while at her husband’s side in Downing Street.

In her memoir, From Churchill to Eden, published in 2007, Lady Avon said she was ‘pleased to leave politics’ after her husband was forced to step down due to ill health.

Clarissa spent her youth in London where she attended boarding school but left without any qualifications because she was ‘bored’.

She had two elder brothers: Johnnie, an artist with whom she was not close; and Peregrine, who she was much closer with. Johnnie died in 1992 and Peregrine in 2002.

After school, she enrolled at the Slade and went to Oxford, where she studied philosophy.

She spent much of the war at Chequers with her uncle, before going on to work for an English-language propaganda newspaper published in Russia.

Later, she took up a job in the basement of the Foreign Office decoding messages.

After the war, she worked for Vogue, and then alongside film director, Alexander Korda, before taking up a role editing the magazine Contact. 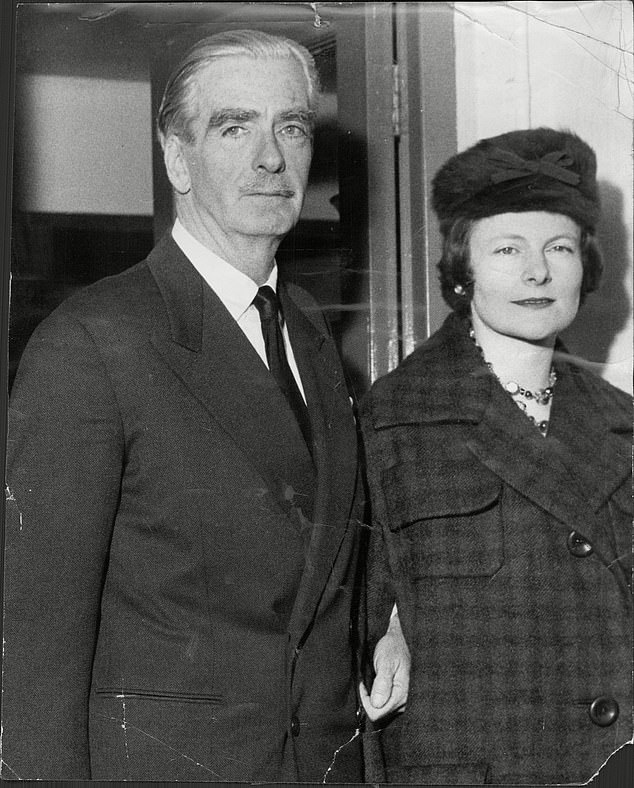 Robert Anthony Eden, 1st Earl of Avon, who was Prime Minister from 1955 to 1957 with his wife Anne Clarissa Eden, Countess of Avon

Clarissa met Anthony Eden, a Conservative politician, when she was just 16, in 1936, when he stayed with his friend Lord Cranborne.

It was during a dinner in 1946, while sat next to Clarissa, that Mr Eden asked her out to dinner having been left by his first wife Beatrice Beckett the previous year. They divorced in 1950.

Mr Eden proposed to Clarissa while he was serving his third term as Foreign Secretary. She initially turned him down until, six months later, she accepted.

News of the engagement was met with surprise, not least by Clarissa’s aunt Clementine Churchill who felt she was too independent to make a suitable wife for a politician.

The pair married on August 14, 1952, with the ceremony held at the Caxton Hall registry office, in Westminster, and the reception at 10 Downing Street.

The start of married life was dominated by politics, and official visits to Paris and Washington, among others. 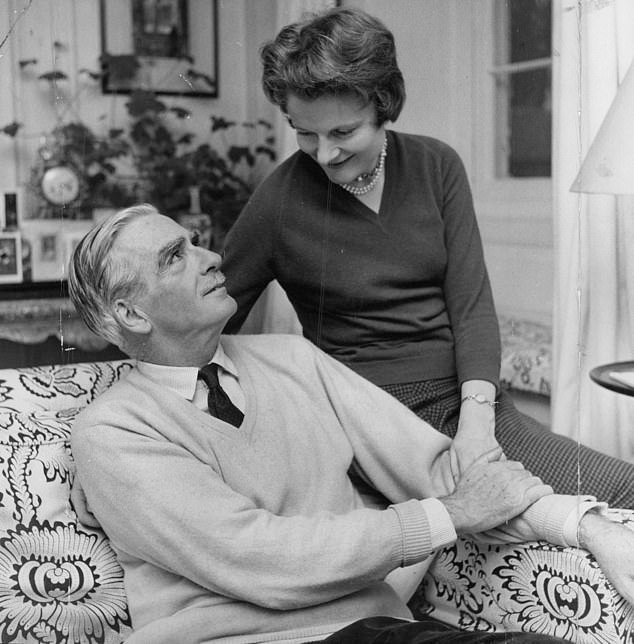 Mr Eden with wife Clarissa, Lady Eden, at their Wiltshire home after he accepted the peerage as Earl of Avon in 1961 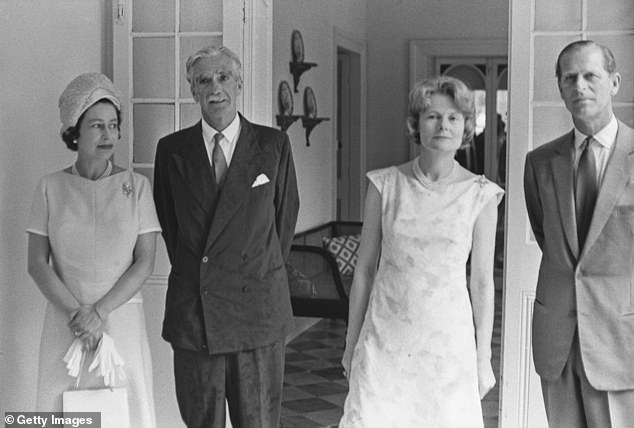 Queen Elizabeth II (left) and Prince Philip (right), Duke of Edinburgh, pose with Lord and Lady Avon during a visit to Bridgetown, Barbados on their Caribbean Tour, on February 17, 1966

A year into their marriage, Mr Eden suffered a botched gall bladder operation and then, in 1954, Clarissa had a miscarriage, resulting in the couple not being able to have any children together.

It was a year later, in 1955, when Mr Eden took over as Prime Minister after Winston Churchill eventually stood down after threatening to do so on numerous occasions previously.

After taking over, he went to the polls and became the first incumbent to increase its majority for a century, upping the government’s majority from 17 to 60.

However, Mr Eden’s premiership was ended soon after his botched handling of the Suez crisis. In later life, Clarissa admitted her ‘drawing room’ comment, made during a political speech at Gateshead on November 20, 1956, was unfortunate.

In November 1956, Mr Eden’s nervous system had begun to break down and, soon after, he went to Sandringham to inform the Queen of his decision to resign as Prime Minister. 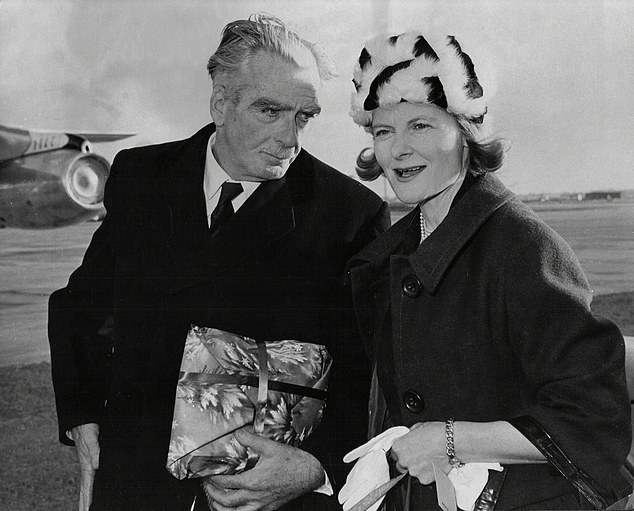 After leaving office, the couple moved to Wiltshire and Mr Eden eventually accepted a peerage as Earl of Avon in 1961.

Lord Avon fell ill in the United States but then-Prime Minister James Callaghan arranged for him to be flown home by the RAF to die at home in January 1977.

Lady Avon stayed in Wiltshire for a few years before permanently moving to a flat in London.

She commissioned a biography of Mr Eden in 1986 but, left dissatisfied, she ordered a new volume to be published in 2003.

In 2004, she appeared alongside Tony Blair’s wife Cherie Blair for the Channel 4 television programme, Married to the Prime Minister.

Then in 2007, she collaborated with Cate Haste and published her memoirs, From Churchill to Eden, despite never intending to do so.

Her social life improved after moving to London, as her memoirs reveal, featuring friendships with the likes of Greta Garbo, Orson Welles, Peter Brook, and Lucian Freud, among others.

Aware that her memory was fading in her later years, Lady Avon dismissed distinguished politicians as ‘frightful bores’ and remained sharp in conversation. 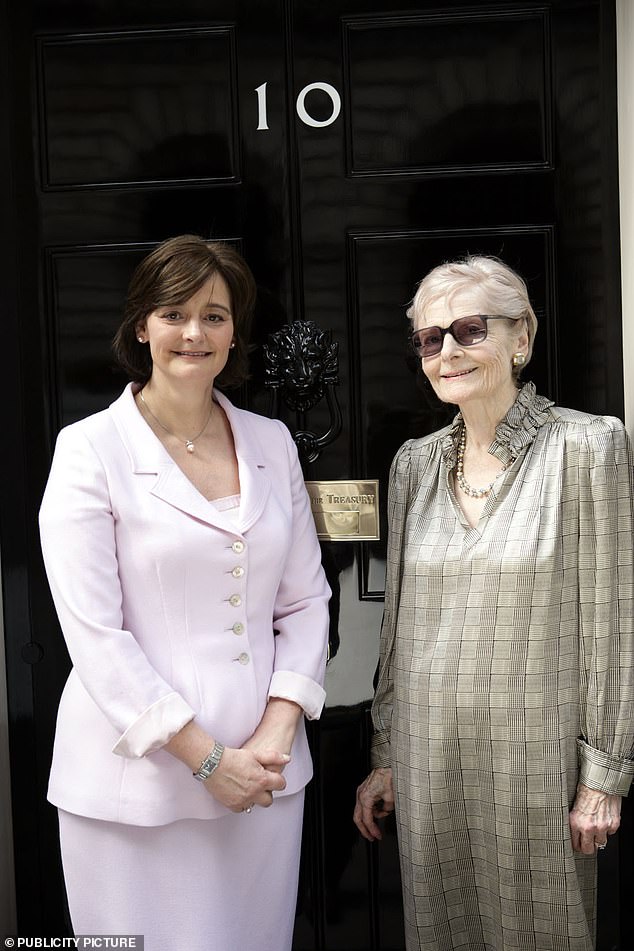 It was in 2018, during an interview with Spear’s, the wealth management and luxury lifestyle magazine, Lady Avon infamously said her uncle – an enthusiastic painter – had no sense of beauty.

She also said that the famous British wartime leader was ‘a failure’ for much of his political life.

Churchill made around 544 paintings after he took the hobby up in the 1920s and it became an integral part of his life.

Over a 50 year period, he produced a prolific catalogue of work, with one of his pieces selling for £1.8million in December 2014.

But, aged 97, Lady Avon said: ‘My uncle didn’t have a good eye. He did painting; they were quite nice. But he wasn’t an aesthete.’ 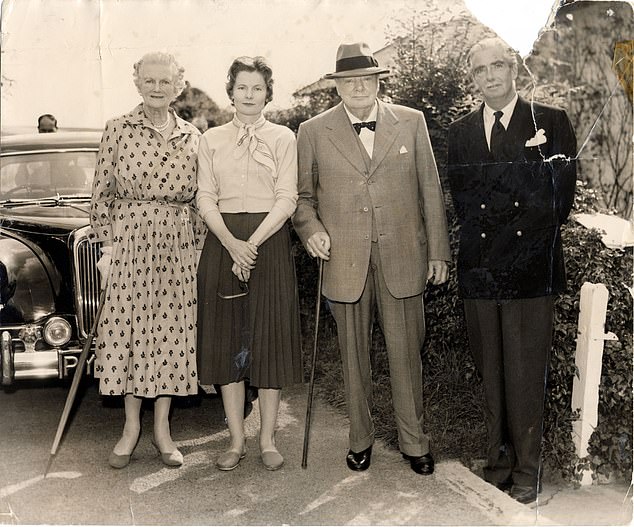 She added: ‘I always knew him as a great man who hadn’t been appreciated. Most of my life he was a failure. He was out of a job, out of work and not right in anything he believed in.

‘He was in exile, so to speak. Going to Chartwell before the war was going to a place in exile – a place where people were not doing anything. It was all rather frustrating and sad.’

She was also critical in her assessment of Churchill as a man, suggesting he could be self-centred and ignored those around him.

Describing her visits to Chartwell, the home Churchill shared with his wife Clementine from 1922 until his death in January 1965, she said: ‘It was just him. One went and there was him and nothing else. They had the lunch or whatever it was, and he would talk and one would listen; that was the important part.

‘But he was not interested in what anybody else had to say. If somebody famous was at lunch he would listen to them, but on the whole he didn’t pay any attention to anybody.’

After Lady Avon’s death, Conor Burns, Conservative MP for Bournemouth West, said: ‘The death of Clarissa Eden marks the end of an era. A long and well lived life.

‘It used to make me smile when my friend and predecessor Lord Eden of Winton would casually mention – when in his early 90s – that he was going to visit ‘Aunt Clarissa’ – then in her very late 90s.’