Emma Raducanu WINS on her Centre Court debut as she beats Alison Van Uytvanck 6-4, 6-4 to book her place in the second round of Wimbledon

Emma Raducanu put her troubled build-up behind her as she marked her Centre Court debut by defeating Alison Van Uytvanck to reach the second round of Wimbledon.

The 10th seed’s participation in the tournament was in doubt until the weekend because of a side strain suffered at the WTA Tour event in Nottingham three weeks ago.

Coupled with the huge attention on the US Open champion’s homecoming and a tricky opponent, this was a major test, but Raducanu passed it impressively by claiming a 6-4 6-4 victory.

Emma Raducanu won 6-4, 6-4 as she managed to beat Alison Van Uytvanck at Wimbledon 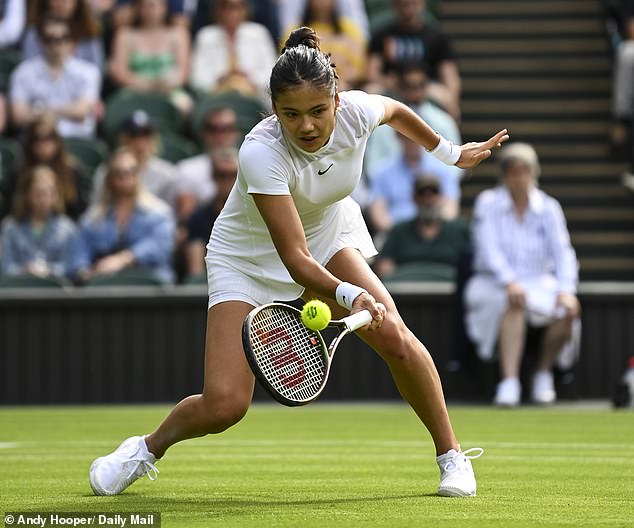 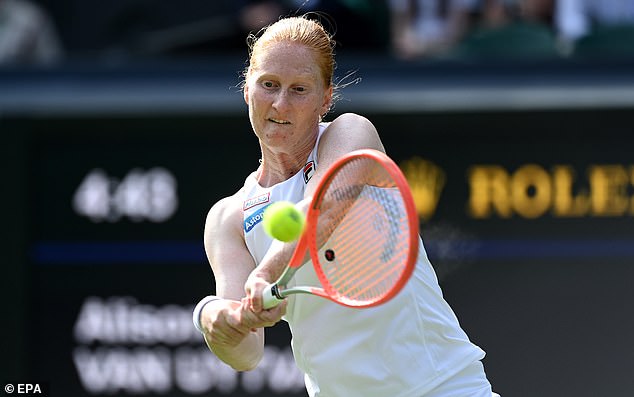 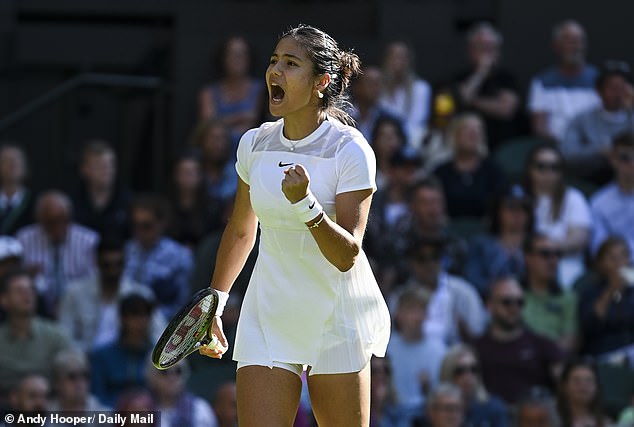