A man has been found dying on the side of the road after he was allegedly stabbed less than a kilometre from his home with two teenagers taken into custody.

The 41-year-old man was found collapsed on the ground along Newmarket Road at Wilston, in Brisbane, at 1.40am on Sunday.

Emergency services were called to the scene and discovered he had suffered critical injuries. Paramedics attempted to treat him at the scene before he died.

A 17-year-old boy has been taken into custody after he was allegedly found with a 45cm knife, or a ‘small machete’, and a 17-year-old girl handed herself into police.

The man was found collapsed on the ground along Newmarket Road at Wilston, in Brisbane, at 1.40am on Sunday

Detective Superintendent Andrew Massingham said police believed the 41-year-old man had been stabbed near his house.

‘We believe he was stabbed near to where he fell,’ he said.

‘These scenes are horrific. These cowardly attacks are abhorrent, no place for them in society.’

Police set up a crime scene and launched an investigation into the death of the man.

The 17-year-old boy who was taken into custody is known to police.

Neither the boy or the teenage girl have been charged in relation to the incident. 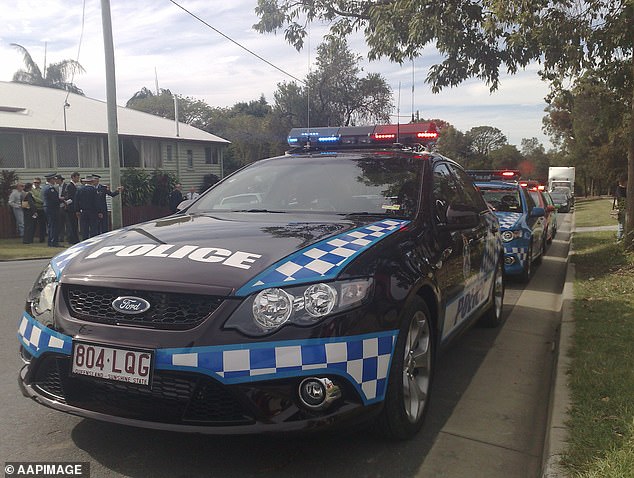