EXPRESS INFORMER > Magazine > Will trailblazing Canada cause upsets at the 2022 FIFA World Cup? 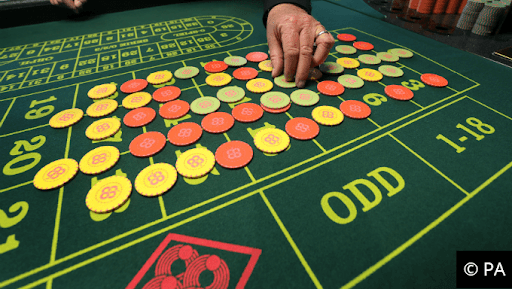 Canada is known for many things, but success at the FIFA world cup is yet to be one of them.

This could well be set to change, as the Canadian Soccer Association has been in rip-roaring form to unexpectedly top the CONCACAF federation in the world cup qualifiers, leading to many Canadian fans wondering about how their country’s team will perform on the world stage.

In a qualifying group full of promising footballing nations, pundits and fans alike were not expecting the Maple Leafs to fare the way that they have.

Other notable teams to appear in the CONCACAF group include the USMNT, a team bursting full of young talent plying their trade across Europe, and Mexico, which has historically led this group with ease.

While the Maple Leafs have only managed one appearance in the FIFA world cup in the past, they’re headed to their next World Cup this year, after topping the CONCACAF federation by narrowly edging Mexico on goal difference.

After 14 games, The Maple Leafs ended the world cup qualification group having played won 8 of their 14 games, drawing 4, and losing 2.

Judging by their form in the qualification, it’s easy to think that Canada has a shot at causing some upsets.

After assessing the group Canada has been placed in, however, it appears that the men from the great white north will have to put together some flawless performances in order to proceed to the knockout stage.

The list of newly legalized betting sites in Ontario has given the maple leafs long odds for qualifying for the knockout stage.

The Canadians have been placed in a group with Belgium, Croatia, and Morroco.

Belgium has one of the most dangerous teams in world football, while Croatia is a consistent dark horse, who have the likes of Luka Modric, Ivan Perisic, and Mateo Kovacic to call upon.

Morocco’s Hakim Ziyech and Ascharf Hakimi have dazzled across Europe, and are expected to string together some impressive performances.

While the group that is most difficult according to FIFA rankings is Group B (England, USA; Iran, Wales), Canada’s group will be feeling a lot like a group of death when it comes to qualifying.

All eyes are bound to be on Belgium and Croatia to qualify, who have both fared quite well in world cups past.

Based on historical performances at the FIFA World Cup, Canada is the biggest underdogs only having gone to one World Cup almost 40 years ago, and having won none of their games.

These days, however, Canada has a number of stars of their own that are looking to dazzle at the world cup. For one, Alphonso Davies will be looking to shine at the tournament.

The Bayern Munich star, who has become known for being one of the fastest players on the planet has been exceptionally successful in the Bundesliga and will be a leading figure for the team.

Jonathan David is another player that has been performing at an extremely high level in Ligue 1, with the Canadian national team looking to him to lead the line.

While the Canadians don’t have the best track record when it comes to their performances at the world cup, this year is looking to be a whole lot different. While the group that Canada has been placed in is one of the toughest in the competition, anything can happen in football.