Will Smeed is studying for a degree in economics and maths, but it his numbers in white-ball cricket that have earned him top marks this summer.

The 19-year-old English batsman was the youngest men’s player in the Hundred and helped Birmingham Phoenix reach the final with 164 runs at a strike rate of 182.2 – the highest of the group stage.

In the T20 Blast, Smeed has guided Somerset into Saturday’s Finals Day as their top scorer with 327 runs. And it is a sign of the times that the talented teenager has become one of the most talked about batsmen in England without ever having played a first-class match.

‘My T20 cricket just happens to have come on quicker than my red-ball stuff,’ Smeed tells Sportsmail. ‘I don’t deserve to have made my debut in red ball yet but it is not due to a lack of interest.

‘I am desperate to improve in that and I have aspirations in all formats. Test cricket is still the pinnacle and that’s where everyone wants to get to. I just seem to be better at white ball at the moment.’

Having attended the same school as England limited-overs stars Jos Buttler and Tom Banton, it is perhaps no surprise which direction Smeed’s game has gone in so far. 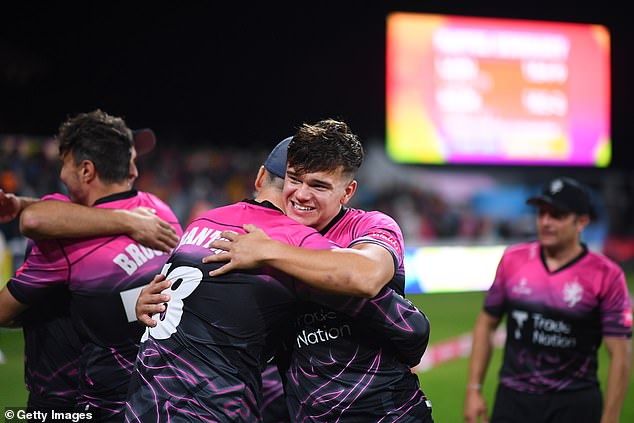 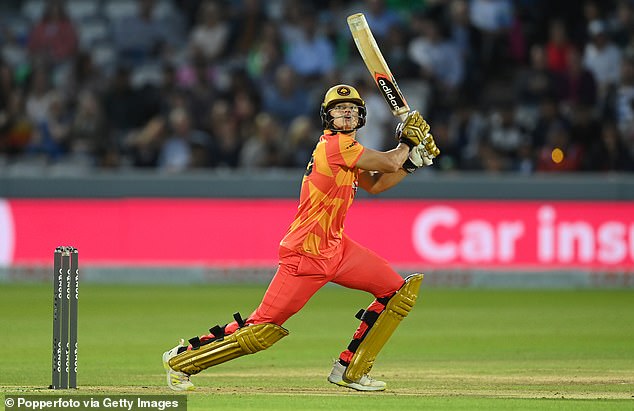 ‘Knowing that they have come from the same place as you and have gone on to do amazing things, you definitely have the self-belief that maybe you can do that one day,’ says Smeed about his fellow King’s College, Taunton alumni.

‘At Somerset, there have always been a lot of players who can whack it, like Tom, Jos, Marcus Trescothick, Chris Gayle. I have always enjoyed watching that and trying to do that myself.’

Smeed showed straight away that he could whack it as well as anyone when he smashed 82 off 49 balls in the Blast against Gloucestershire in just his second professional game for Somerset last year.

It was, though, still a huge surprise when Birmingham selected him for the Hundred in July as an injury replacement for bowler Henry Brookes. However, he proved to be an inspired signing, scoring 36, 45 and an unbeaten 65 in his first three matches.

‘When my agent phoned and asked if I would like to play for the Phoenix, I didn’t really believe him because it felt like it came from nowhere,’ admits Smeed. ‘I still didn’t really expect to play so I was really nervous before the first game. You question whether you deserve to be there. 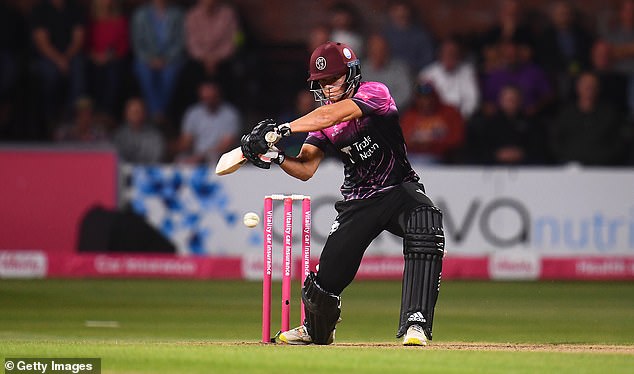 ‘But I managed to get some runs in my first couple of games and that gave me the confidence that I can perform at that level and I felt like I belonged there a bit more.

‘I loved it and I feel like I developed so much through being around that level of experience and that standard. Every game was on TV so there was a lot of exposure.’

That exposure has seen Smeed attract attention from franchise teams around the world and he is set to play in the Abu Dhabi T10 League at the end of this year. But he will also spend this winter catching up on work for his Open University degree, which he hopes could one day help him land a job in the City.

‘That was always the way I wanted to go,’ says the studious Smeed, who achieved A* grades in his A-levels in maths, further maths, chemistry and physics. ‘I have been fortunate that my cricket has gone the way it has and I am able to do that now as my job. 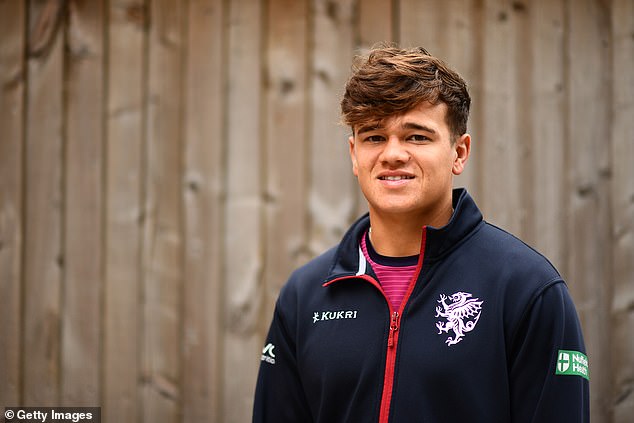 ‘But I definitely want to make sure I have a back-up and that is what the degree is for. I enjoy studying and I am very aware that you are only ever one injury or a couple of bad seasons away from the end of your career.’

This weekend, the books will take a back seat as Smeed looks to play a leading role in Somerset’s bid for a first T20 Blast title in 16 years. He will open the batting against Hampshire in the first semi-final at Edgbaston, with the winner facing either Kent or Sussex for the chance to lift the trophy.

‘I can’t wait. If there is one day in the calendar that everyone wants to be involved in, it’s Finals Day,’ adds Smeed, who is also an ambassador for mental health charity Sporting Minds. ‘We have confidence in our ability that if we show up and play well, we can compete with anyone and win it. Hopefully we can bring the trophy back to Taunton.’