Mortgage rates continue to fill the headlines as the fallout from the Chancellor’s tax cutting mini-Budget hits borrowing costs.

While the Government has now reversed its decision to cut the 45p top rate of income tax for high earners, last week’s announcement has plunged the mortgage market into disarray. Some lenders have pulled rates from the market, while others have put them up substantially.

Amid the chaos, one anecdote that caught the public’s attention came from an audience member on last Thursday’s episode of Question Time.

She said the 4.5 per cent mortgage rate she had been offered was pulled while she was finalising her decision, and she was then offered a new one of 10.4 per cent.

Rate rise: A audience member on BBC’s Question time sparked horror in the audience by revealing her mortgage offer had risen from 4.5% to 10.4% as a result of the week’s events

But while rates are undoubtedly going up, brokers want to reassure borrowers that the rate quoted on Question Time is not representative of the market as a whole.

Lewis Shaw, mortgage adviser at Shaw Financial Services, commented on the clip: ‘It’s going to needlessly scare people when many are already feeling vulnerable and worried about their mortgages and energy.’

On Monday 3 October, the average two-year fixed rate mortgage across all loan to value brackets was 5.75 per cent, according to analysts at Moneyfacts. The average for five-year fixed rates was 5.48 per cent.

You can check what a fixed rate mortgage could cost you based on your mortgage size, home value and fixed rate length with This is Money’s best mortgage rates calculator, powered by L&C.

Why would someone be given a 10% mortgage rate?

Currently there are only a few lenders listing mortgage products in double digits.  Many are ‘specialist’ lenders offering loans to customers with poor credit history or non-standard circumstances, such as the self-employed.

This is not to say this is necessarily the case for the audience member. Another scenario is that the property was of non-standard construction – for example, made out of concrete rather than brick. But even in that case, rates above 10 per cent would still be rare.

Alternatively, the advice the prospective borrower received may have been incorrect or hurried.

Ashley Thomas, a director at Magni Finance, advises that if your rate sounds ‘drastically higher’ than you anticipated, it can be worth getting a second opinion or going to an independent broker.

Chris Sykes, technical director at mortgage broker Private Finance, said: ‘On a residential mortgage I have not quoted a single client a mortgage of 10 per cent or over.

‘Most fixed rates for a residential mortgage are now falling into the 5 per cents, with a few outliers in the 4s and 6s.’ 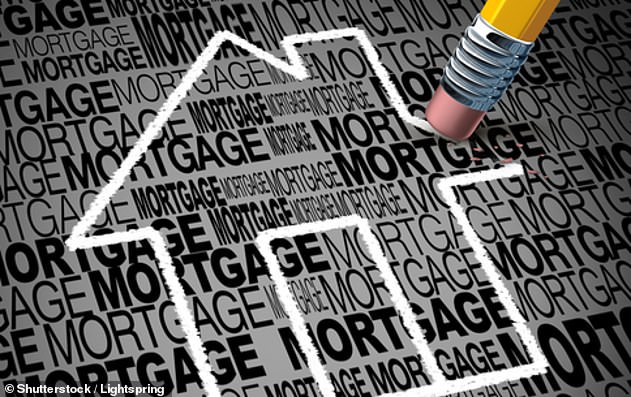 Home loans: Lenders pulled mortgage deals from the market last week – but how high are rates likely to go once they return?

Will mortgages go into double digits in the near future?

The short answer is that no one knows, but currently it is unlikely to reach those levels unless there are special circumstances around your credit history or property.

However, interest rates are rising and if you are looking to buy for the first time in the next year or so, or remortgage a fixed rate, it is likely you will be paying more than you had anticipated.

The Bank of England increased its base rate from 0.1 per cent in December to 2.25 per cent in September, in a bid to curb rising inflation.

It is the first time since December 2008 that the rate has gone beyond 2 per cent. Most experts predict it will continue rising and could reach anywhere between 3 and 6 per cent in the next 12 months. 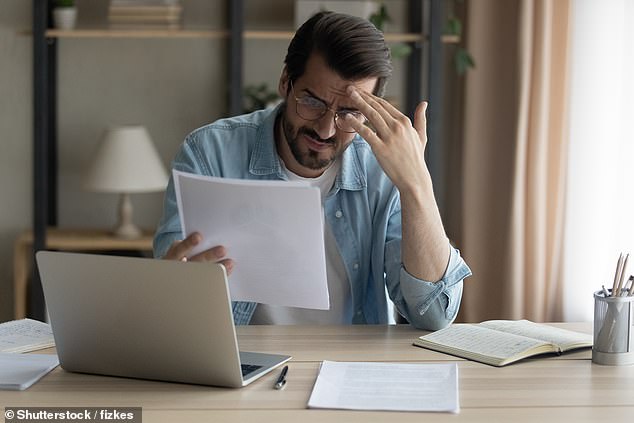 Nasty surprise: Those buying their first home or remortgaging might find interest rates higher than they anticipated – but the typical home loan is not currently forecast to hit double digits

Though they are not directly linked to the base rate, interest rates on new fixed mortgages usually increase when the base rate goes up, because banks must pay more to borrow money.

Last week, the initial market response to the mini-Budget saw predictions for the base rate’s eventual peak go above 6 per cent, but these have now fallen back to below 6 per cent following the Government’s reversal of its plan to scrap the 45p tax rate.

However, a 5 per cent base rate is still on the cards. At 5 per cent, mortgage experts say that the market would begin to see ‘significant stress’.

‘An increase to a 5 per cent bank rate would make life very difficult for many borrowers when their fixed rates end’, said Raymond Boulger, senior mortgage technical manager at broker John Charcol.

What should I do if I need to remortgage?

After last week when lenders were pulling rates amid the pricing chaos, the scene has changed.

Some lenders who withdrew mortgages have started coming back with new pricing, while others are pausing lending for a few more days while things cool down.

If you have a fixed rate or other mortgage deal term ending then it is worth thinking at least six to nine months ahead and exploring your options.

While things are moving rapidly, most product transfer deals remain on the market – so consider both what your existing lender can offer you, as well as consulting a good mortgage broker about the rates you might be offered by a new bank or building society.

As rates have been steadily rising, some lenders have been extending the time frame in which existing customers can lock in a new deal ahead of their current mortgage ending – sometimes allowing them to do so up to six months ahead. This allows borrowers to get a more favourable rate ahead of future rises.

If you have a rate approved rather than just offered, it is usually valid for six months meaning if you secured one in April, when the average two-year fixed rate deal was 2.86 per cent, it could still be valid.

It is incredibly rare to see lenders pulling approved offers and there are no current reports of this happening for homeowners.

Borrowers who need to find a mortgage because their current fixed rate deal is coming to an end, or because they have agreed a house purchase, have been urged to act but not to panic, writes This is Money editor Simon Lambert.

This is Money’s mortgage broker partner L&C told me that mortgages are still available and you can use our best mortgage rates calculator to show deals matching your home value, mortgage size, term and fixed rate needs.