Britain’s usually manic property market all but ground to a halt in the days before Chancellor Kwasi Kwarteng’s mini-Budget.

Rumours that the Government was about to launch a stamp duty holiday had been swirling for days. And no one wanted to risk missing out by making the wrong move.

But when the Chancellor finally did unveil plans to permanently slash the levy, industry insiders say there was a sense of anti-climax.

‘It isn’t going to have that much of an impact — a lot of people were hoping for something more,’ says London estate agent Christian Warman, of Tedworth Property.

Jo Ashby, of Cornwall agency John Bray, adds: ‘It was certainly not a phone-ringing-off-the-hook situation.’

Historically, stamp duty cuts have poured petrol on the housing market and encouraged families to move home in droves.

When former Chancellor Rishi Sunak axed the tax on all properties worth up to £500,000 at the pandemic’s height in 2020, house prices shot up almost overnight — and many have continued to creep even higher.

But now, despite initial signs of increased activity — with traffic to the property website Rightmove jumping by 10 per cent in the hour after the announcement — agents and brokers say the reaction has been lukewarm.

And within days it was overshadowed by news of soaring mortgage rates, which prompted some panicked analysts to predict a house price crash of up to 40 per cent.

So has the Chancellor done just enough to prop up the market?

Who is in line to benefit?

This could save them as much as £6,250. However, it will disproportionately benefit those buying in areas where property prices are higher, such as London — in the North, for example, first-time buyers are less likely to be purchasing homes worth more than £300,000.

Joel Edgerton, from Wigan estate agency Regan & Hallworth, says: ‘Buyers were saving as much as £12,500 during the last stamp duty holiday.

‘This time around, the incentive isn’t anywhere near as big for anybody who isn’t a first-time buyer.’

Second homeowners pay the standard rate plus a 3 per cent surcharge on each band.

The cut does not apply in Scotland, which has a slightly different levy called the Land and Buildings Transaction Tax (LBTT). This amounts to between 2 per cent and 12 per cent, depending on the value of the property.

First-time buyers in Scotland do not pay LBTT on properties worth up to £175,000.

Buying a home right now ‘feels more like a gamble’

Mum-of-two Charlotte Dale stands to save £2,500 in stamp duty on the home she has recently bought in Richmond, South-West London.

However, this is not enough to off-set the higher mortgage she will be locked into. 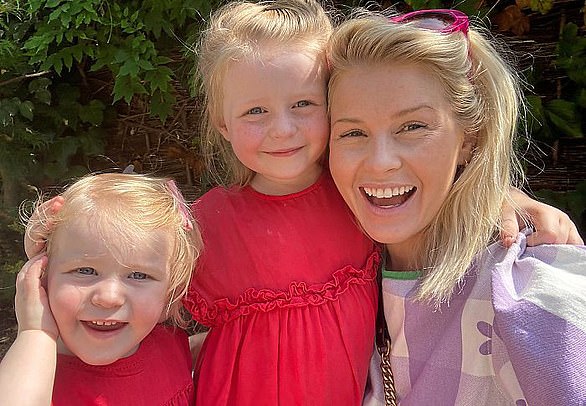 Property deal fell through: Charlotte Dale, with her young family

Charlotte, 34, a journalist who is buying with her partner, says: ‘We were set to buy a property six months ago but the negotiations fell through.

‘Everybody kept saying there was going to be a house price crash so we thought it was best to hold off. But now we’re kicking ourselves a little.

‘My broker said our mortgage is going to be a lot worse than it would have been six months ago but the best it’s going to get for at least two years.

‘So while we’re saving slightly in stamp duty, in the long run we’ll be paying more.

‘Buying a house at the minute feels like a gamble.’

Tales of ‘gazumping’ — whereby buyers are outbid on a property at the last minute — sealed bids and homes selling for far more than the asking price were rife at this time.

And there are fears this could be repeated. Within hours of last Friday’s announcement, mortgage broker Andrew Montlake, of Coreco, wrote on Twitter: ‘Just heard that a buyer who had their price agreed yesterday has now had word from the vendor that they want more money because of the stamp duty change! And so it begins . . .’

However, experts point out that the permanence of the latest announcement might in part explain the far calmer reaction.

Broker Emma Jones, who runs When The Bank Says No, adds: ‘The last stamp duty cut was massive, but that was a temporary holiday. There won’t be such a rush this time.’ 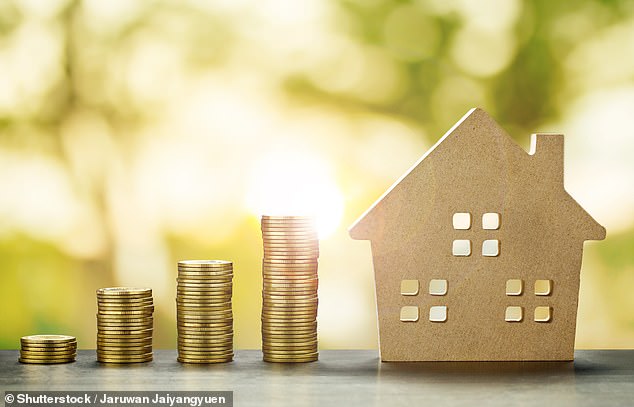 Rising bills: Analysts predict that the base rate could hit 6% by next spring, meaning borrowers face the sharpest increase in their mortgage repayments since the financial crisis

How will the market react?

Soaring mortgage rates have led to fears of a house price crash.

Analysts predict that the Bank of England’s base rate could hit 6 per cent by next spring, meaning borrowers face the sharpest increase in their mortgage repayments since the financial crisis.

Estate agent Allan Fuller says: ‘The Chancellor has given with one hand and taken away with the other by reducing stamp duty while introducing policies that lead to a large rise in interest rates.’

Yesterday, Graham Cox, of Self Employed Mortgage Hub, claimed soaring rates could lead to house price falls of between 20 per cent and 40 per cent over the next few years.

Most experts have dismissed these figures as scaremongering and insist the stamp duty cut is enough to stave off any drastic crash. They agree the market will naturally correct itself after nearly two years of record price rises.

Researchers at Capital Economics currently predict house prices will fall by 7 per cent.

Aneisha Beveridge, head of research at Hamptons, says: ‘Prices will start to fall in the areas they rose fastest over the past few years — such as in the North and South-East.

‘The higher end of the market, in places such as prime central London, for example, will probably weather the storm a little better.’

Jo Ashby, from John Bray, says: ‘The stamp duty cut will inject a bit of momentum into the market. House prices are likely to taper off in the next year, but that was always bound to happen.’

And Joel Edgerton, from Regan & Hallworth, adds: ‘During the last stamp duty holiday, homes were going off the market as quickly as they were put on it. That’s not normal and things cannot stay at that level.

‘The Chancellor has done enough to stabilise the market until the end of the year, so we will have a decent Christmas.’