A car has lost control and slammed into a tree before erupting into flames following an alleged police chase on Sydney’s lower north shore.

Emergency services remain at the scene of the horror crash in Cammeray on Sydney’s lower north shore on Sunday afternoon, with a number of occupants in the allegedly stolen vehicle rushed to hospital.

The crash has caused traffic chaos on the Sydney Harbour Bridge while rescue helicopters stopped play of a local cricket game at nearby Bon Andrews Oval.

Shocked witnesses said the car was being pursued by police when it crashed into a tree and burst into flames. 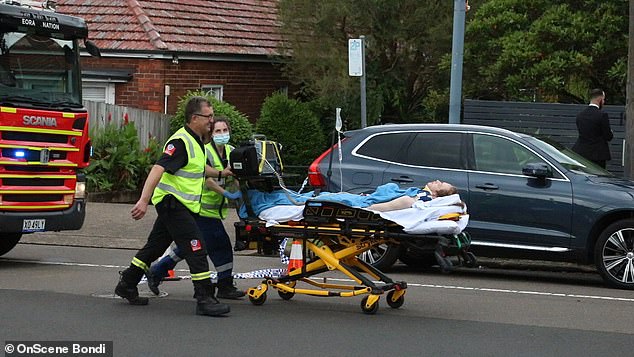 Police and witnesses were forced to smash through the windows to pull occupants trapped in the wreckage to safety.

Six people were in the car at the time, three of them seriously injured.

Several pedestrians were also believed to be caught up in the chaos.

‘There was a woman on the side of the road, there was blood everywhere,’ one witness told Ten News.

‘The car caught fire and there was a loud bang as the car blew up.’ 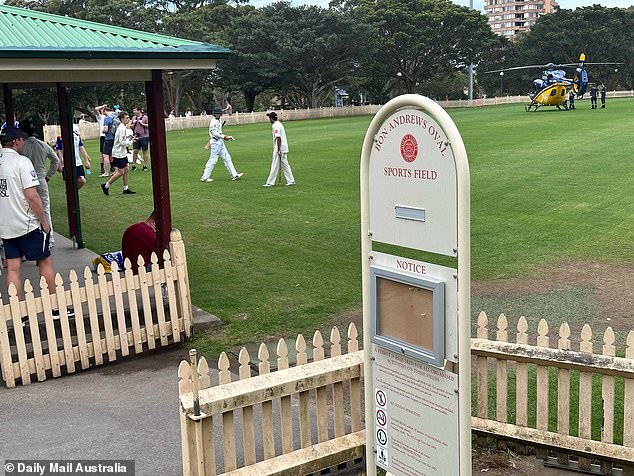