Footage has emerged of a furious tradesman unleashing into an expletive-filled tirade at shocked bystanders moments after ramming into a parked car in a busy supermarket car park.

A stunned bystander filmed his confrontation with the motorist in a Coles car park in Hampton in Melbourne’s southeast last Friday.

The footage, which has gone viral on TikTok, begins with a man driving a red Honda Civic erratically as he slams into a parked silver car while attempting to park on a pedestrian crossing near the supermarket.

Several shoppers are seen watching on in horror.

‘Gee mate, that’s pretty close to your car,’ a man calls out to another bystander.

The father of two decides to confront the erratic driver.

‘You just crashed into that car, mate,’ he explained.

The comment sparks a fiery response from the tattooed driver, seen wearing an orange hi-vis vest.

The bystander replied: ‘Mate, you can’t be driving.’

The clip ends with the motorist reversing backwards into another parked car before speeding off towards Bluff Road.

A noticeable dent is seen on the driver’s door, while eagle-eyed viewers spotted the side mirror on the front passenger door already hanging off before the crash.

No arrests or charges have been laid so far.

The TikTok video has attracted more than 1.3 million views and thousands of comments.

Many viewers praised the bystander’s bold move to confront the driver. 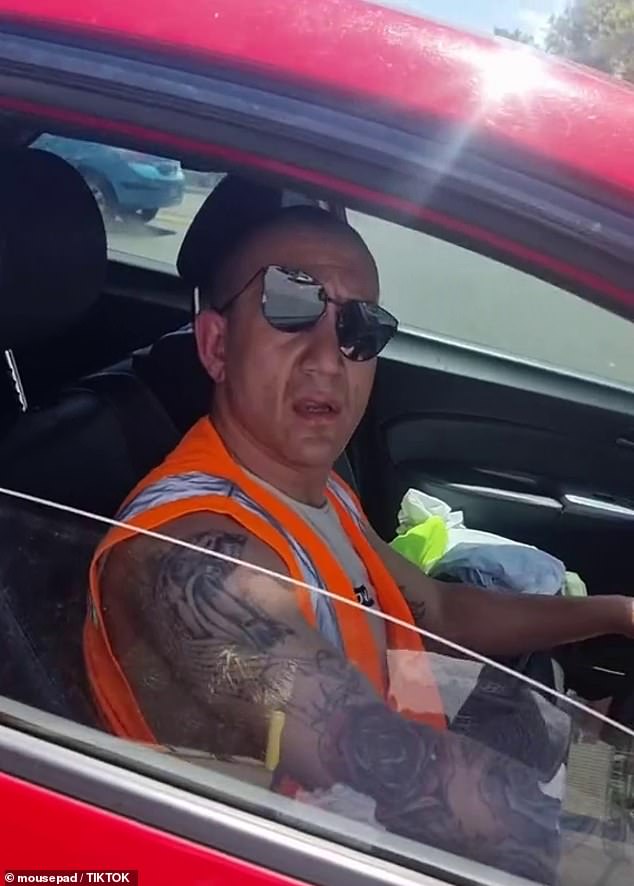 ‘Oh mate you really tried, you did a great job here, can’t be easy to confront someone like that, my hat off too you,’ one commented.

The bystander replied: ‘When you a 40 yo boomer like me with two kids you don’t want to confront people like this anymore.’

Some viewers suggested he shouldn’t have confronted the driver.

‘Best not to confront. Just call 000. He ain’t listening. Good job getting video,’ one commented.

Others questioned why the bystander was filming.

‘Why would anyone just happen to be randomly filming a car park?’ one asked. 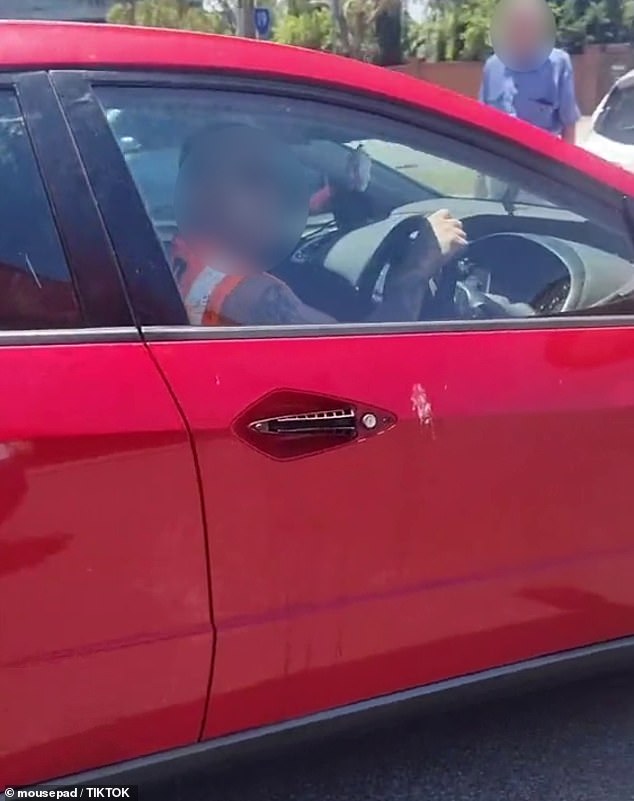 ‘That car park is a nightmare at the best of times yet alone with this guy driving around,’

Some saw the funny side.

‘It’s the other cars’ fault, he was wearing high vis and clearly visible,’ one woman joked.

Another added: ‘At least he is wearing the hi vis vest… Safety first!’

Police urge any witnesses or have more footage of the incident or the car to contact Crime Stoppers. 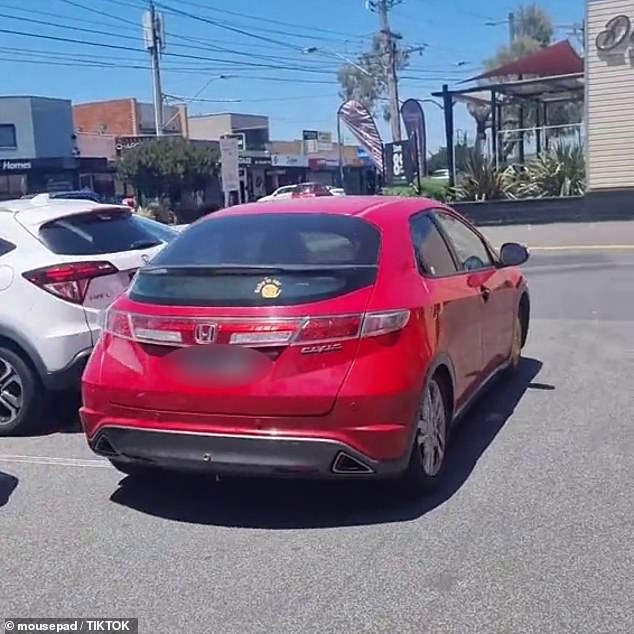 The driver reversed and slammed into a second car before speeding off (pictured). Police are now investigating the incident