A homeless Oakland man is in custody and accused of stabbing a beloved mother and United States Post Office worker more than 12 times as she was on her way home from her night shift.

Wilbert Winchester, 28, was arrested shortly after the vicious attack in Dilma Franks-Spruill, 71, in the early hours of Wednesday morning. Two days earlier, Winchester was accused of stabbing a 59-year-old woman on a bus in Oakland.

He is also the suspect in several other similar attacks involving a metal pole and a box cutter that occurred in the same area.

The suspect has a lengthy history of attacking women in public, in 2017 Winchester kicked a 73-year-old woman in the head on a train, resulting in her being hospitalized.

After being charged with assault, he agreed to a plea bargain in 2018 and was sentenced to three years in prison with a year’s credit for time served. He was released in 2020.

The victim, Dilma Franks-Spruill, 71, was stabbed to death in the early hours of Wednesday morning, here she is pictured with her son 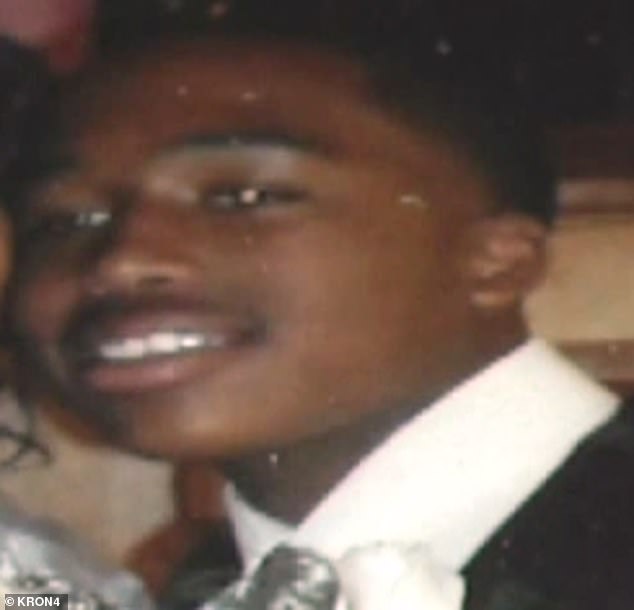 The suspect Wilbert Winchester, his mother said that he is a bipolar schizophrenic who often does not take his medication

In a heart-wrenching interview with KTVU, Franks-Spruill’s son Miles, said: ‘Three houses away. She was almost home, but she’s not coming home… Somebody came up and stabbed her multiple times.’

He described his mother’s death saying that her throat was slit and that she was stabbed more than 12 times.

Miles addressed Winchester in his interview saying: ‘I wish you peace and I wish you farewell. You took my best friend. You took the last living birth parent that I have.’

While in a statement, the USPS said the organization was ‘deeply saddened at the loss of our employee. We lost a member of our postal family. Dilma beamed with energy, joy and brought light to all who had the pleasure to know and work alongside her. Our thoughts and prayers are with her family and her co-workers at this time.’ 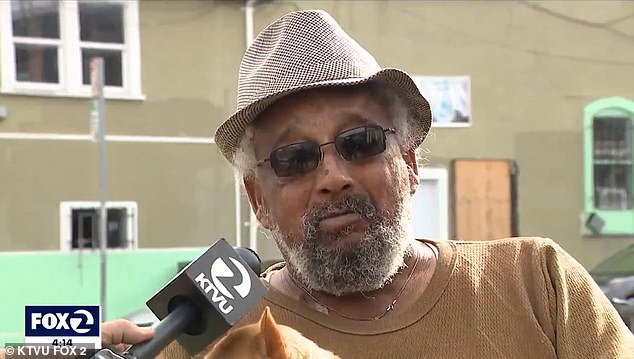 Franks-Spruill’s partner Welton Jackson, who uses a mobility scooter and is undergoing dialysis, told KTVU that he and the victim had been together for 27 years 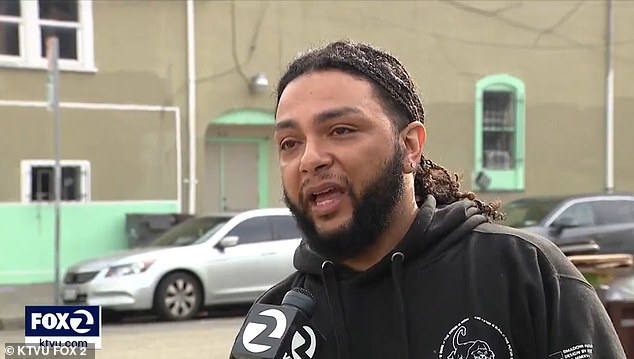 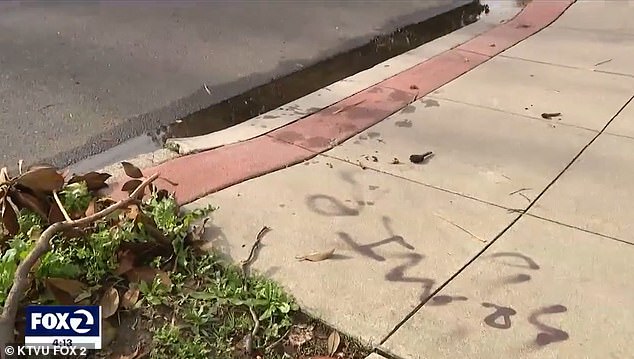 According to Miles, his mother was stabbed more than 12 times and her throat was slit

Franks-Spruill, a Brazilian immigrant, was an 18 year veteran of the USPS and regularly walked the same route home. Her partner, Welton Jackson, who uses a mobility scooter and is undergoing dialysis, told KTVU that he and the victim had been together for 27 years.

The victim and her son were Jackson’s caregivers. Miles Spruill told Jackson during the segment: ‘I hope there’s justice. I hope you find whatever you need to take for you to heal. I’m not right. I won’t ever be right. It’s going to take me some time.’

The Oakland Police Department said in a statement that Winchester has so far said that he is innocent of Franks-Spruill’s murder. 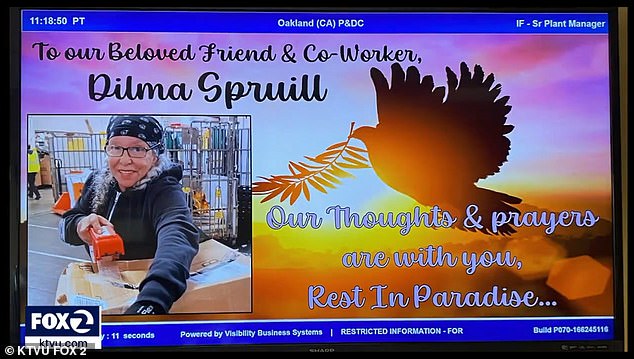 Back in 2017, Winchester’s mother, Felicia Cole, told KRON that her son has been diagnosed as being a bipolar schizophrenic and does not take his medication. At the time, Cole said that her son had recently started living on the streets.

She also said that her son had been in-and-out of jail since he turned 18.

Speaking about her son’s 73-year-old victim back then, Cole said: ‘I’m sorry, that’s all I can say is that I’m sorry because that is my son and I know that, if in fact, he was in his right mind, he wouldn’t have done that to her.’

Across the Bay from Oakland, crime was up four percent in San Francisco in 2022, despite having recalled leftist reform District Attorney Chesa Boudin earlier in the year.

Larcenies and robbery thefts are up 4.9 and 9 percent, respectively, according to the city’s crime dashboard. San Francisco police did not comment on the break-in.

A mass exodus has been occurring in the city since the pandemic struck in 2020, and many office spaces were abandoned.

That means the city’s streets have become increasingly dangerous, with many locals avoiding downtown’s sidewalks for fear of a violent encounter with one of the many vagrants and drug abusers who’ve taken over.

Brooke Jenkins, the city’s district attorney, has vowed to take a tougher stance on so-called quality-of-life crimes including theft and public drug taking.

The City’s Castro Merchants Association, meanwhile, which represents roughly 125 businesses, sent a letter to the city government in August, threatening to withhold tax payments if the city doesn’t get the homelessness issue under control.

Other metros to top the list included other Democratic-run locales such as Portland and Washington, DC, which have both been grappling with a similar surge in homelessness and violence.