EXPRESS INFORMER > Business & Finances > Why won’t Ovo let me pay it the money I owe after it didn’t bill me for energy for 9 months?

I have not been billed for electricity by my energy provider, Ovo, since October 2021.

I went from being billed around £50 per month for my gas and electricity one month, to £6 the next which was just the gas element.

It sounds great at first – but I was worried about being landed with a huge bill later on so I contacted the company to inform them.

It turned out it was due to an issue with my smart meter, as Ovo said the ‘serial number didn’t match the national register’.

No charge: This reader wasn’t billed for electricity for nine months after a smart meter error

This, it said, meant that while electricity readings were being sent to Ovo, I couldn’t be billed.

I’ve been in regular contact with the customer service team for months, but the issue still isn’t sorted.

Now I feel silly because, if I had waited for a year, I would become subject to Ofgem’s back-billing rules and the bills would be written off.

I could have saved hundreds of pounds, as well as the considerable hassle of spending hours on the phone to Ovo.

But instead I tried to do the right thing, and I feel I am being punished for it. Can you help? C.L, Burnley

Helen Crane replies: Oh no, Ovo. Engaging in painful back and forth with a big company’s customer service team is frustrating at the best of times, but it is especially galling when you find yourself having to persuade it to let you pay more money.

Had you managed to sit on this for another year without being found out, you could well have saved yourself a year’s worth of electricity bills, around £800.

This is because Ofgem’s back-billing rules state that customers can’t be billed for energy used more than a year ago, as you point out.

But you decided to shed some light on the issue and called Ovo to report the problem.

It said your gas and electricity smart meters had not been ‘communicating’ properly – which doesn’t sound very smart to me – and that it had not been flagged as it was previously thought to be an ‘IT error’.

But then, it took months for the issue to be sorted – not the way to treat a customer who is just trying to be honest.

After I contacted Ovo it eventually arranged for an engineer to come and replace your smart meter in mid-June, and also said you had more than £900 credit on your account which would go towards covering the missed charges.

The appointment was arranged for a weekday morning, but you then told me that Ovo cancelled the appointment at 3pm the day before, after you had arranged to be at home – which left you ‘livid’.

Eventually an engineer came the next afternoon and the issue is now resolved.

Now we come to the issue of compensation. You were initially offered a goodwill payment of £120, which you didn’t think was enough given that you could quite well have got away with having the whole year’s bill written off if you had decided to keep quiet.

After I pressed Ovo, it increased the offer to £300. While you were hoping to be compensated for 75 per cent of the £800 annual bill, I think this is a reasonable offer and I was pleased to hear you had accepted.

An Ovo spokesperson said: ‘We exchanged [the customer’s] meter and offered a goodwill gesture to apologise for the time taken to resolve his case.’

I wonder if the firm would respond in such a laissez-fair manner to a customer taking nine months to get around to paying their bill.

However, I am glad it is now sorted and hope this won’t put you off doing the right thing in future.

Hit: Reader Melanie got in touch to share a heart-warming tale about her experience with John Lewis, which quickly put things right following a hob delivery gone wrong.

She said: ‘I ordered a new induction hob from John Lewis. The delivery guys went to the wrong address.

‘It was frustrating as I had booked an electrician to fit it, and the very old broken gas hob had already been taken out so I had no cooking facilities (that week was fun).

‘I raised this with John Lewis and it not only sent out a partner that evening to deliver the new hob but also gave me a goodwill voucher.’

I’m glad to hear that, when the heat was on, John Lewis acted swiftly to resolve the situation. 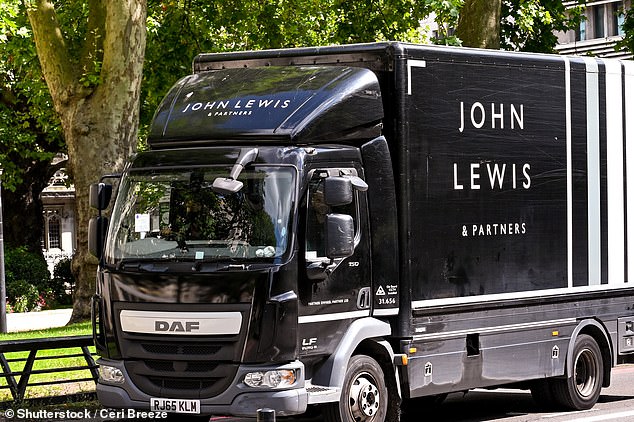 Cooking on gas: John Lewis sprung into action when a hob delivery didn’t go as planned

Miss: Reader Annette contacted me to give online fashion retailer Celinous a dressing down.

She said: ‘I purchased three shift dresses from the Celinous website after seeing an advert on Facebook at a cost of around £60.

‘Once received I realised that they were not good quality, the cut is different to the picture and I immediately asked for a refund.

‘To date the company has refused this with the last customer service adviser I emailed offering me £3 from their ‘meagre salary’.’

‘I have done an internet search on the company, which I didn’t do before ordering but wish I had, and they have an appalling reputation.’

It truly is appalling. I checked the company out on Trustpilot and staggeringly, every single one of its 44 reviewers gave it one star out of five. 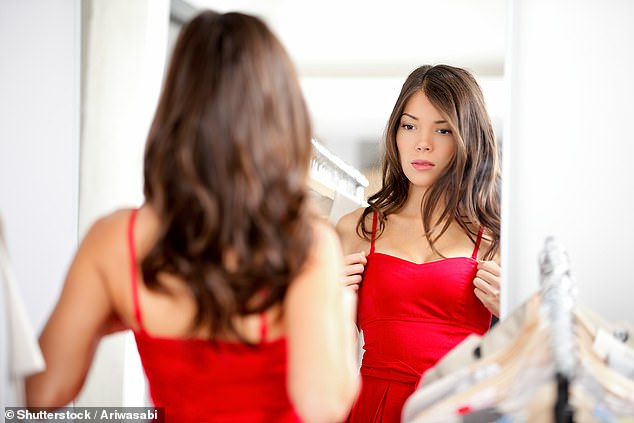 When I contacted Celinous, the messages I received were incoherent. The company insisted that customers could only get a refund if they sent images of the products to prove they were defective, which is against the rules.

Consumer rights law dictates that companies selling goods online must offer a refund to customers if they get in touch within 14 days of receiving their goods to tell them that they want to cancel the order – which you did.

But it was impossible to explain this to Celinous, and the best offer I managed to get on your behalf was four US dollars – a mere 35 pence more than the £3 you were offered.

As you paid via credit card, I have suggested you seek a refund through your card provider.

You could also consider reporting the firm to Trading Standards.

I would urge readers to steer well clear of this dress retailer.