REVEALED: Why Michael Olise did not celebrate scoring stunning late free kick against Man United, after fans and players were left BAFFLED by Crystal Palace star’s bizarre reaction to snatching point for his side

Michael Olise left fans and players baffled after his muted celebration against Man United but his former team-mates have now revealed his reasons for doing so.

The Crystal Palace winger rescued a point for his side in their Premier League encounter with the Red Devils after scoring a last-minute free-kick at Selhurst Park.

Despite the incredible strike, Olise looked less than impressed with his own effort – by performing a subdued celebration – and the reasons behind doing so have now been revealed. 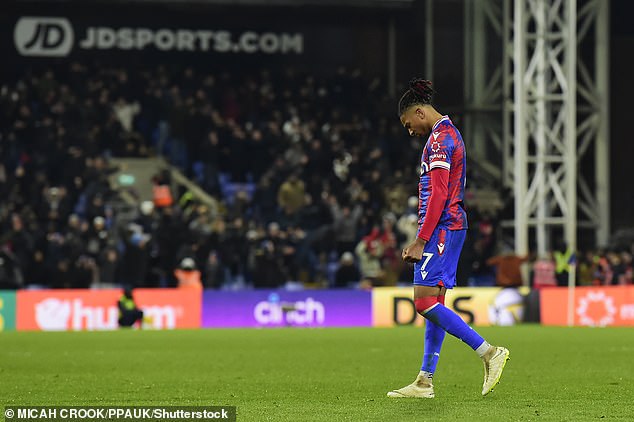 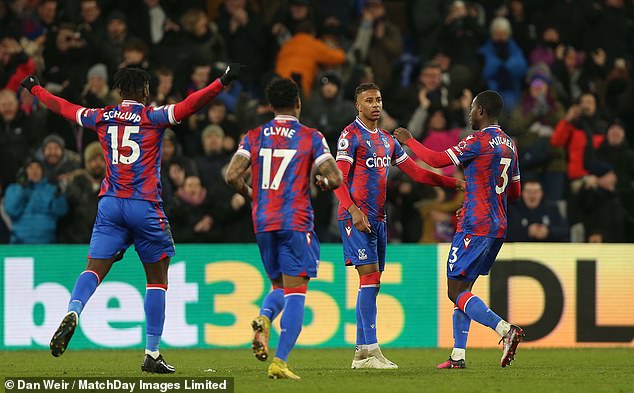 His team-mates ran to congratulate him, as Olise looked less than impressed with his efforts

Olise’s former Reading team-mate, defender Tom McIntyre, spoke with The Athletic and lifted the lid on the winger’s celebration choice.

‘We’d be like, ‘Mike, you’ve just scored an important goal and you’re just walking back?’. What’s he doing? Then he’d play two-touch with the manager (Paunovic) in the gym, he’d win a point in that, and he’d be shouting and celebrating, but on a Saturday, he’d score a goal in front of the home end and just stand there.

‘We never really worked out why. He could never give us an answer but he’s just different; a special player.’

The France U-21 winger notched seven goals in three seasons at the Madejski Stadium before earning an £8.37million move to Palace in the summer of 2021. 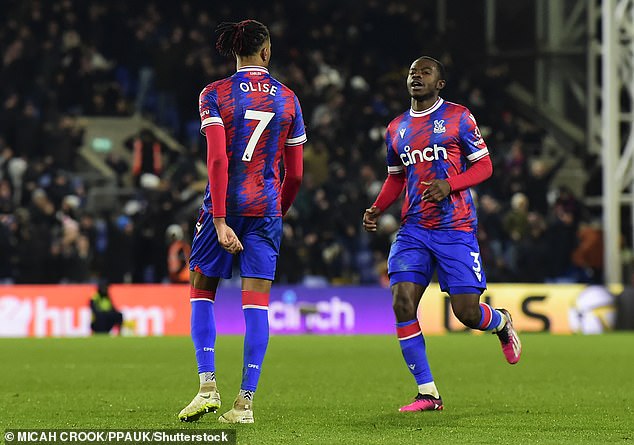 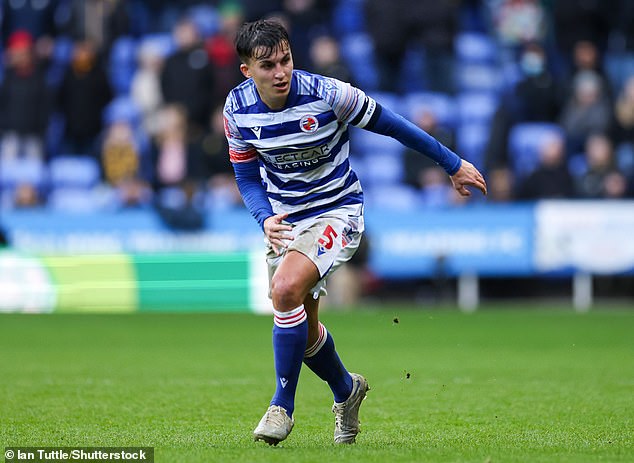 McIntyre – who has been at Reading his whole career – went on to suggest that the winger enjoys being ‘different and cool’.

‘Midway through last season, he unfollowed all of us on Instagram and only followed about 15 people,’ said the Reading defender.

‘There was no one from Reading except maybe one or two of his closest mates on there, which we all found pretty amusing.

‘I know what it is, he loves the rapper Lil Uzi Vert and there’s another few of those rappers he likes. They unfollow everyone on their Instagram and I think he wants to be like them. That’s strange to me and some of the lads but to him, that’s different and cool.’ 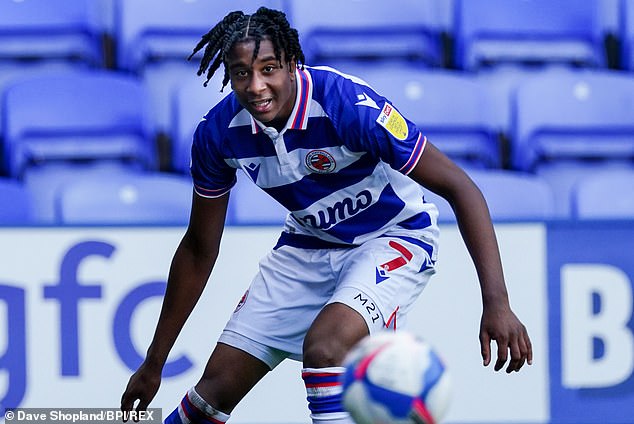 On the night, Bruno Fernandes had given the visitors the lead in the first-half with a well-taken strike before Olise struck back late into the match.

His muted celebration left supporters baffled, as one fan said: ‘Olise is sick in the head, how do you not celebrate after scoring that’.

‘How can Olise not celebrate that goal? I’d have my top off jumping into the crowd if that was me…’, another said.

One wrote: ‘Great free kick from Olise but I’ve got absolutely no time for anyone scoring a worldie in injury time to equalise and looking pissed off about it. You’re not too cool to celebrate it lad.’

‘I genuinely don’t think Olise would even celebrate if he scored the winning goal in a World Cup final for France.’, another said.

After the match, Red Devils legend Gary Neville tweeted to bemoan his old club’s decision only to have three men in the wall when Olise stepped up to take his free-kick in stoppage time.

More importantly, United also gave up crucial ground in the title race against Arsenal, who remain eight points clear at the summit of the league. 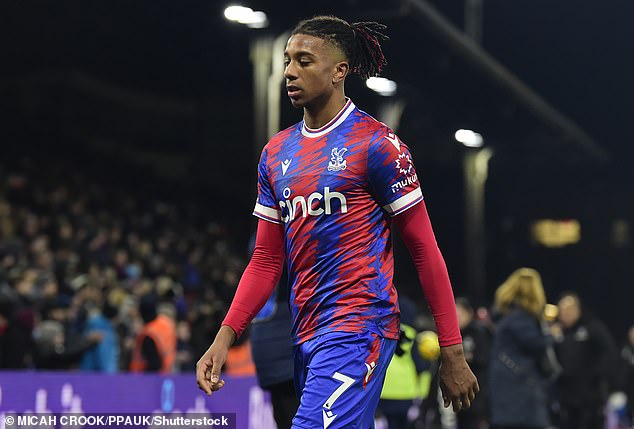