EXPRESS INFORMER > Travel > Why balmy, beautiful Singapore is not just a stopover any more

Once seen merely as a stopover, Singapore is now regarded as a fantastic destination in its own right.

There’s no shortage of places to stay and the country is famous for its UNESCO-listed street food scene and lush, sprawling parks — many of which are connected by Singapore’s constantly expanding network of bicycle lanes.

Glittering heights: Once seen merely as a stopover, Singapore is now regarded as a fantastic destination in its own right. Above is the city’s spectacular skyline 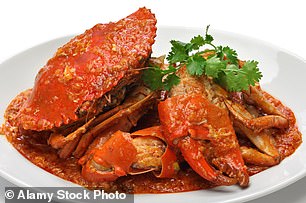 A SKYLINE TO RIVAL DUBAI

Singapore’s skyline — particularly in the waterfront area — makes Dubai’s look positively boring. You’ll find every type of architecture here, ranging from the 57-storey Marina Bay Sands hotel, with its rooftop sky park (which is longer than the Eiffel Tower is tall), to the neoclassical splendour of the waterfront Fullerton Hotel, which was once Singapore’s general post office.

In late 2020, Singapore’s hawker culture — which refers to the open-air food courts where delicious, local dishes are served — was added to UNESCO’s Representative List of the Intangible Cultural Heritage of Humanity (try saying that after a mouthful of chilli crab — a Singaporean delicacy).

Fantastic places to sample Singapore’s famous street food include the Newton Food Centre (which starred in the 2018 film Crazy Rich Asians) and the Maxwell Food Centre, near Chinatown.

For fine dining, consider hotel Raffles Singapore’s newest restaurant, Osteria BBR by Alain Ducasse, which opened late last year. Or try Singapore’s first Nobu outpost at the Four Seasons Hotel. As for that all important Singaporean sundowner? It’s got to be the Regent hotel’s Manhattan bar.

OFF TO THE SHOPPES

Head to The Shoppes at Marina Bay Sands, which now has more than 170 stores. You’ll be just a short walk from the world’s first floating Apple store, which opened in 2020 on the waters of Marina Bay.

Singapore’s enormous Raffles City shopping centre will have 50 new stores by the end of the year. These include Sephora, L’Occitane, Lululemon and Acqua di Parma.

For some truly Singaporean souvenirs, head to Design Orchard, a sprawling boutique on Orchard Road with a constantly expanding roster of brands. 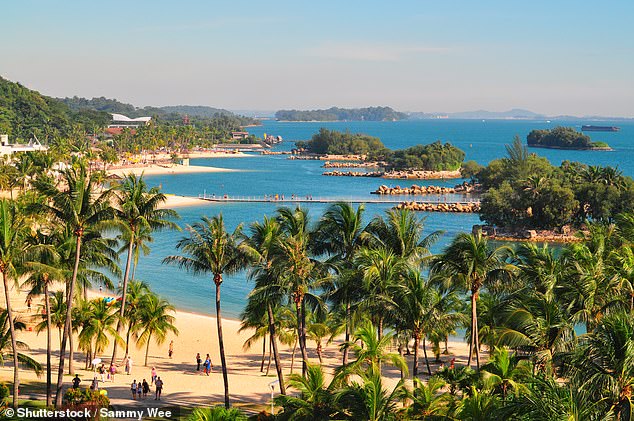 There’s never been a better time to visit Sentosa Island, which celebrates its 50th anniversary this year. Got a head for heights? Brave the new SkyHelix Sentosa ride — Singapore’s highest open-air, panoramic ride.

After strapping in, you’ll slowly ascend to 260 ft above ground level. The ride rotates, providing 360-degree views over Sentosa and Singapore’s southern islands. Incidentally, the view will soon be even more spectacular — there are plans to relocate the port and Sentosa itself will expand to include the smaller nearby island of Pulau Brani.

For a history fix, check out Fort Siloso — a coastal artillery battery, which became Singapore’s 74th National Monument this year.

Elsewhere, several Sentosa Island hotels (including the Hard Rock Hotel Singapore) will soon be refurbished as part of a makeover which will involve an expansion of the S.E.A. Aquarium and, at Universal Studios Singapore, a new Minion Land zone, due to open in 2024. 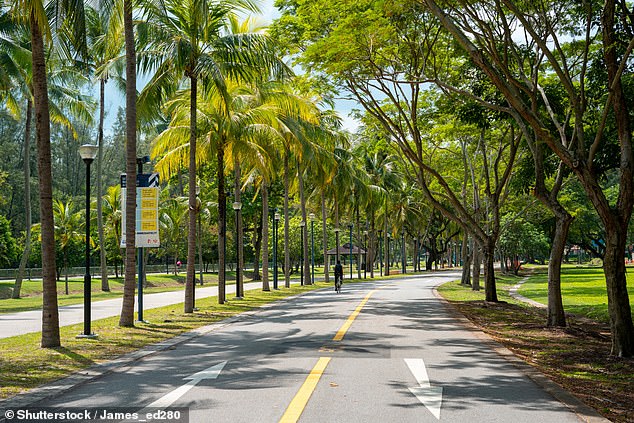 Go for a bike ride on the recently expanded Park Connector Network, a 186-mile trail of bike paths connecting Singapore’s green spaces. Above is a section of the network in East Coast Park

Go for a pedal-powered exploration of Singapore. Our favourite dedicated cycling routes include the recently expanded Park Connector Network, a 186-mile trail of bike paths connecting Singapore’s green spaces. The most popular stretches include the Eastern Coastal Loop, which weaves along Singapore’s southern coastline. There’s also the 16-mile Rail Corridor, a new cycling and hiking path in the footprint of a railway which once shuttled goods to Malaysia.

The route is lined with nature reserves and historic sites (including ancient steel truss bridges and restored train stations), and pangolins and lemurs are regularly spotted. 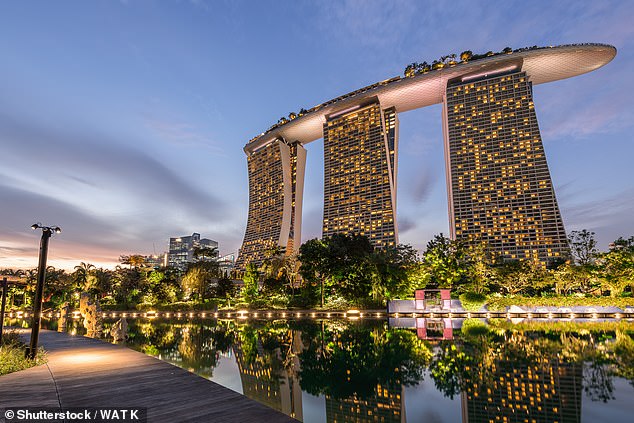 Singapore will soon have its first dedicated children’s museum. Interactive exhibits will be central to the museum, which will open in December near Fort Canning Park. Meanwhile, children (and their parents) will love Future World at the ArtScience Museum, near the base of the Marina Bay Sands.

Future World is packed with interactive digital art — the highlight of which is the Sketch Aquarium. After drawing their favourite sea creature, children can scan the picture and watch their design swim across the floor-to-ceiling virtual aquarium.

For some free fun, consider a wander around the nearby Shoppes at Marina Bay Sands. Its art installations include the Rain Oculus, which stores rainwater and empties it into the shopping centre’s canals, creating a thundering indoor waterfall at 10am, 1pm, 3pm and 5pm every day.

Equally unmissable is Spectra, Marina Bay Sands’ twice-nightly water and light show. It returned in April after a two-year hiatus.

AS Singapore is just to the north of the equator, it’s hot and humid all year round, and the temperature rarely drops below 25c (77f) or exceeds 33c (91f). Major events include the Singapore Food Festival this month and the Singapore Grand Prix weekend, which starts on September 30. 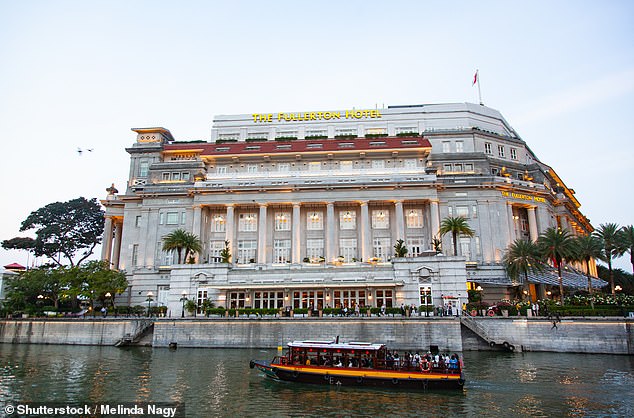 Returns from London Heathrow to Singapore with Singapore Airlines start from £555 (singaporeair.com).

Stay at the historic Fullerton Hotel Singapore from £276 per room per night (fullertonhotels.com). Soak up the views of Singapore’s skyline and feast on the hotel’s legendary afternoon tea.

Visitors who fancy a pedal-powered exploration should consider the Ibis Singapore on Bencoolen, close to Orchard Road. From £80 per room per night (all.accor.com), it has a fleet of bamboo bikes for guests. The Raffles Sentosa Resort and Spa (raffles.com) will become the brand’s second Singapore property when it opens later this year. Also consider the Park Royal Collection Marina Bay (panpacific.com) which recently emerged from a £25 million makeover.

Although places to stay during the Grand Prix are already in short supply, you won’t struggle to find one at the 1,080-room Hilton Singapore Orchard (hilton.com), which became the region’s largest Hilton hotel when it opened this year.