Graham Arnold has named his final squad of 26 Socceroos players ahead of the World Cup in Qatar – and while some were on cloud nine following the announcement, there was heartbreak for others.

Excitement machine and squad ‘bolter’ Garang Kuol is poised to show everyone what he can do on the biggest stage – but goalkeeper Mitch Langerak has every reason to feel bemused.

A standout in Japan with Nagoya Grampus – where he was the club’s player of the year – many felt he was a lock.

Langerak even loomed as the first choice for Australia between the sticks in the eyes of some rusted on football fans – but Arnold and his coaching staff disagreed, opting for Mat Ryan, with veterans Andrew the ‘Grey Wiggle’ Redmayne and Danny Vukovic his understudies.

News of Langerak’s glaring omission was met with surprise on Twitter from ex-Socceroos winger Tommy Oar, who accused Arnold and goalkeeping coach John Crawley of giving ‘jobs for the boys’.

‘It’s an absolute wind up,’ Oar, who played 28 times for the Socceroos, tweeted. 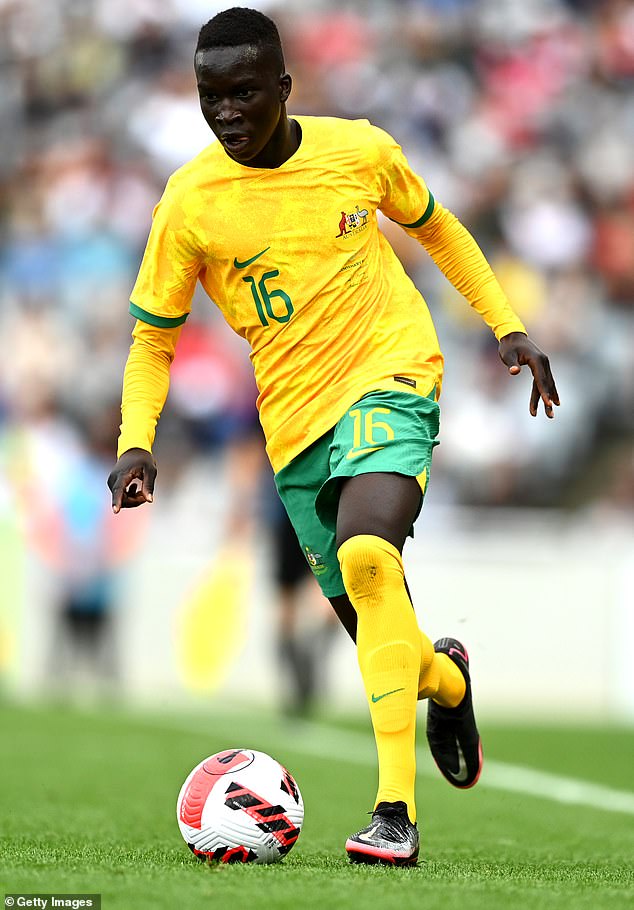 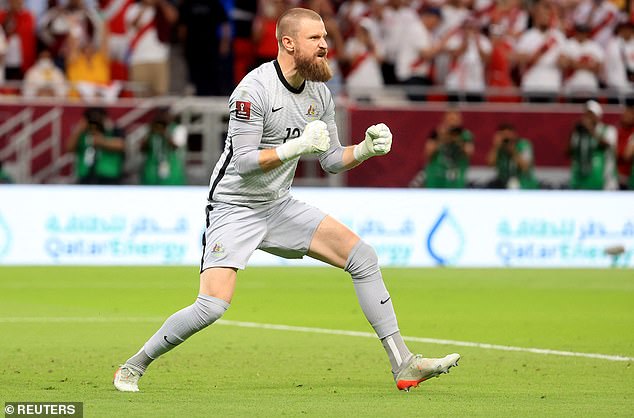 ‘Takes jobs for the boys to a whole new level. He’s (Langerak) been one of our best performing players consistently for the last five years and is one of the best blokes you’ll meet, respected by everyone.’

Striker Adam Taggart can also feel hard done by after he was overlooked, with Jason Cummings the preferred option as a likely impact player.

Jamie Maclaren and Mitch Duke were always going to get the nod – the Melbourne City striker has scored goals for fun in the A-League the past few weeks – and Duke can do a job in the final third if Arnold opts to play one forward against the likes of France or Denmark.

In the midfield, Aaron Mooy, Jackson Irvine and Mat Leckie would have been picked weeks ago, but Tom Rogic is a controversial omission – despite missing the wins over the UAE and Peru for ‘personal reasons.’

His ability to unlock defences and change a game with a killer pass saw Rogic loom as a handy bench option. 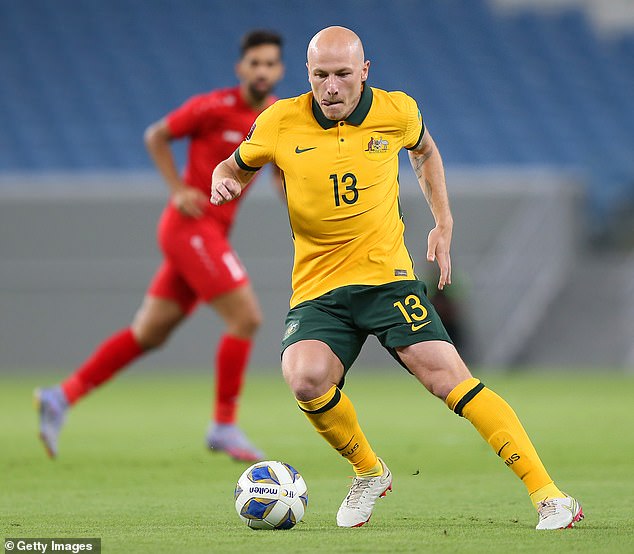 It’s an absolute wind up. Takes jobs for the boys to a whole new level. He’s been one of our best performing players consistently for the last 5 years and is one of the best blokes you’ll meet, respected by everyone.

Elsewhere, despite a stuttering campaign with La Liga side Cadiz in Spain, Awer Mabil made the final cut, as did Scottish born Martin Boyle, who had to prove his fitness.

Arnold’s attacking midfield linchpin Ajdin Hrustic will travel to Qatar  – but is carrying an ankle injury.

Cameron Devlin and Keanu Baccus were named as midfielder cover.

Harry Souttar is another favourite of the Socceroos boss – and if proves his fitness, he will start in the heart of defence alongside Kye Rowles or Bailey Wright.

Bailey Wright will head to his second World Cup as will Milos Degenek.

Aziz Behich is expected be the starting left-back ahead of Joel King, with Fran Karacic and Nathaniel Atkinson to fight it out for the right back spot.

‘It has been a unique and difficult qualification campaign and we now arrive in Qatar with an exciting squad which will do everything to make Australia proud on the world stage,’ Arnold said.

‘We have worked hard to give younger players an opportunity over the campaign, to expose them to international football, to test them against the best.

‘And I’m thrilled with the development and maturity of this group who now get a chance on the biggest stage possible.’

The Socceroos face France in their first match in Qatar on Wednesday, November 23 (6am AEDT) before taking on Tunisia (November 26, 9pm) and Denmark (December 1, 2am.)