EXPRESS INFORMER > Entertainment > Who Should You Be Backing To Win Flashpoint Season 2? 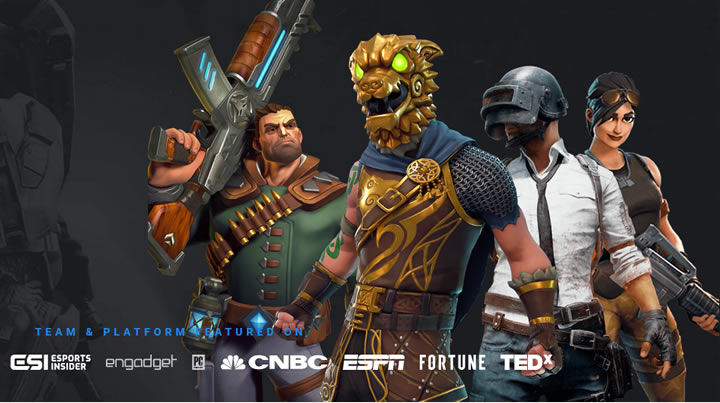 Flashpoint season kicks off in the CS:GO world this week and will continue for the next month or so, with a prize purse of $1 million once again on the line for the winners. The event has received a big shot in the arm thanks to the invitations made to high profile teams such as Fnatic, G2, and OG, promising to raise the bar for the level of competition on the show over the course of the event and giving it some much-needed legitimacy in the rest of the community.

But which teams do we think stand the best chance of claiming victory at Flashpoint season 2?

Already one of the best teams in the world, G2 comes into Flashpoint for the first time on the back of plenty of top finishes throughout the online era. They are currently ranked 10th in the HLTV world rankings on a two-match winning streak, including a 2-0 win over Astralis, and finished the recent BLAST Fall Showdown with a 3-1 winning record to take 1st-3rd spot.

G2 recently bolstered their ranks with the addition of Niko from Faze Clan, one of the most prolific rifle players in the world, and his linking up with his cousin should give this new-look roster a new level of chemistry.

In KennyS, G2 still has one of the best AWPers in CS:GO and the likes of Amanek and Nexa are still a steady pair of hands to come in as support players. With all this star power and experience behind them, it’s no surprise that Unikrn.com, the home of the best CS:GO, Dota 2, and League of Legends betting markets, have them ranked amongst the favourites for the tournament.

Still, the only North American side to win a CS:GO Major Championship, 2020 has been a rocky and transitional year for Cloud9, however, things are beginning to look up for the org, and Flashpoint season 2 could be the place where they truly begin to prove themselves as a serious side again.

Cloud9 is now under the management of CS legend HenryG and the org has made some exceptional signings over the past couple of months, with ALEX, Woxic, and Es3tag joining the side from Team Vitality, Mousesports, and Astralis respectively. Cloud9’s change in ownership and management for its CS:GO side has naturally received a huge amount of interest from the wider community, and Flashpoint marks the debut of the new look org coming together and competing at a serious S-Tier event.

In ALEX, Cloud9 now possesses one of the best IGLs in the recent history of CS:GO, with the British player being the mastermind behind the uncovering of the likes of Zywhoo at Vitality and helping take the French to the cusp of the number one spot in the world. His link-up with HenryG as two British natives looks like a match made in heaven, and Cloud9 will be hoping his mastering of talismanic superstars will rub off on the likes of Floppy and Woxic here at Flashpoint.

The classic saying in the world of competitions is that champions come out swinging and you only ever see a winner’s mentality when their backs are against the wall.

Fnatic has proven themselves to be champions plenty of times in this way during their long history in CS:GO, and they’re going to need to do it again here at Flashpoint.

Ranked as the number one best team in the world during the opening weeks of the online era, most of 2020 has been a tale of missed opportunities and dramatic inconsistencies for Fnatic, dropping down to 13th in the world and riding the back of a five-game losing streak coming into Flashpoint.

Nevertheless, right off a three-time Major Champion winner at your own risk and the likes of Unikrn still have Fnatic as a big favourite for the whole tournament in their latest CS:GO odds. In terms of pedigree and experience, there are very few teams that can truly match an in-form Fnatic in the server, however, this is still their first foray into the world of Flashpoint so they could be a risky, but rewarding, bet to exploit.