EXPRESS INFORMER > News & Politics > Who ate the pies? Villagers turn amateur detectives to find thief who stole £100 worth of pastries

Who ate all the pies…? Villagers turn super sleuth amateur detectives to find thief who stole £100 worth of pastries… because police are too busy

By Jonathan Spencer For Mailonline

A village is trying to solve a ‘Who ate all the pies?’ crime – by turning into amateur detectives because police are too busy.

Shopkeeper Mark Griffiths, 26, was stunned when a sneak thief pinched his delivery of 70 pies, sausage rolls and pasties dropped off by bakers at his post office store in Broughton, Flintshire.

Customers say Mark goes ‘above and beyond’ to help the community – and have now become sleuths to discover the identity of the phantom pie-pincher. 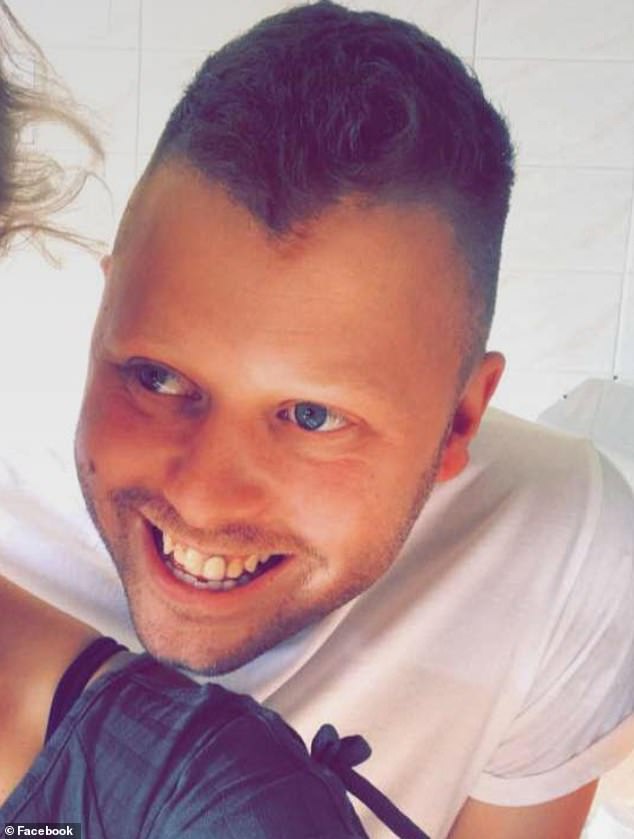 Shopkeeper Mark Griffiths (pictured), 26, was stunned when a sneak thief pinched his delivery

Around £100 worth of pies delivered by local Village Bakery were taken but Mark decided against reporting it to the police.

He said: ‘We haven’t bothered the police with this, as at this time they have a lot more to deal with.

‘What we will say is, if you have seen anyone or do know anything, please do get in touch.

‘And people have been marvellous in trying to find out who did it – I think it was probably just some opportunist idiot.’

People in 5,000-population Broughton have turned into Miss Marple and Hercule Poirot in a bid to bring the pie thief to justice – promising to ‘name and shame’ the culprit.

Nearly 200 people responded to an appeal on the shop’s Facebook page with many praising Mark for always ‘going above and beyond’ and labelling the thieves as ‘disgusting’. 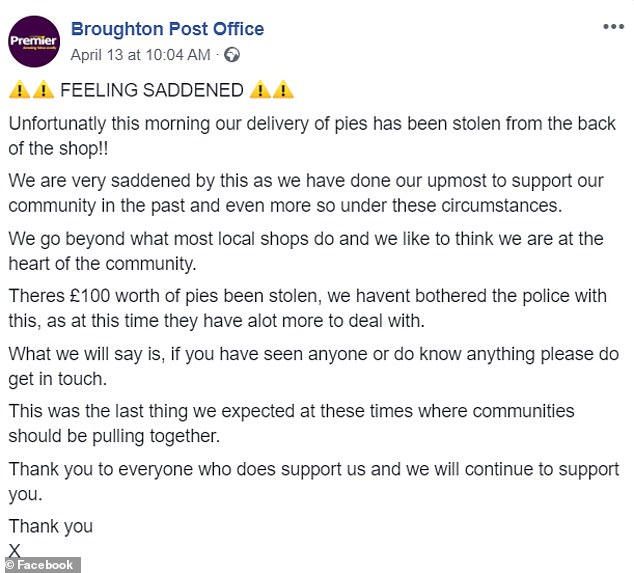 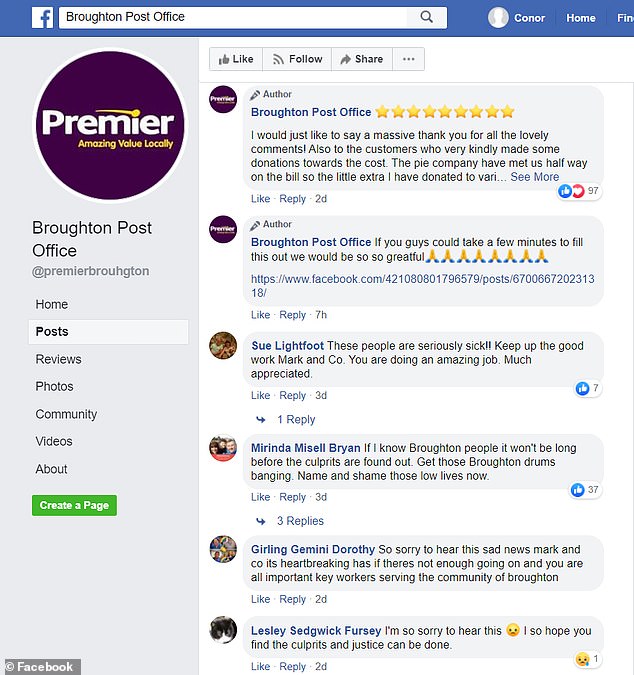 The customers are swapping leads and sniffing around for clues in the hope of catching the sly pie and pastry pincher.

The thief struck at Broughton Post Office and convenience store on the morning of Thursday, April 9 – between 5am and 8am from the bakery drop-off point at the rear.

Mark has run the store for five years and said staff were devastated especially because they have been going the extra mile to help those struggling during the crisis.

He said: ‘I am hurt to be honest. Me and the team have been working around the clock to support the local community in many ways, like offering a free delivery service to the elderly and vulnerable.

‘I would never see anybody or any family short or struggle, especially in these times. I would much rather someone say they’re struggling and I would do everything possible to help, rather than just be robbed.’

‘This was the last thing we expected at these times where communities should be pulling together.

‘There’s no CCTV to the rear of the property and no witnesses have come forward from our Facebook post. Therefore, in my eyes, there wouldn’t be much the police could do.

‘In these times, I appreciate they are stretched. I want to save their availability for people who may have a genuine urgent emergency.’ 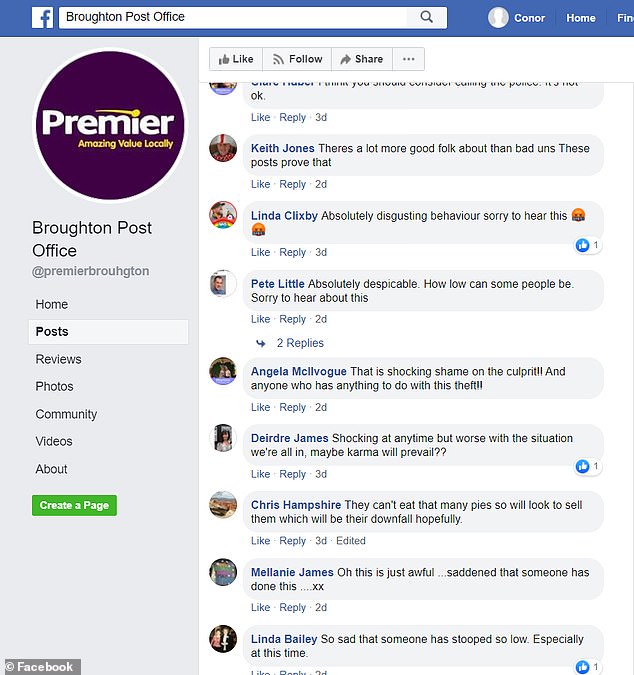 Villagers have rallied around to support the store however and have even chipped in to cover the cost of the pies.

One villager wrote: ‘I’m glad we are working together to find out who did this. What a scoundrel? I hope they choke on it.’

Andrea Gaunt added: ‘Omg this is terrible – what sort of person does this when all you’ve done is be there for the community. This is disgusting behaviour and I hope you find who did it.’

Another wrote: ‘So sorry to hear this you do so much for our community. Hope you find out who took them. As someone said earlier it’s a good community Broughton and they will be named and shamed.’

Dena Defrond said: ‘You all go above and beyond, it’s so sad this has happened to you. It’s a pleasure to come into your shop and post office, you don’t deserve this.’

Mark added: ‘I would just like to say a massive thank you for all the lovely comments and also to the customers who very kindly made some donations towards the cost.

‘Village Bakery agreed to meet me half way on the price of the pies which was a lovely gesture, and also made a fresh delivery to me on Tuesday morning which they didn’t need to do.’