Australian author Jane Caro has sparked a healthy debate on Twitter after a ‘bitter’ tweet proclaiming how much she ‘could not give a toss’ about the AFL Grand Final.

The media personality, who has been a guest on The Gruen Transfer, Sunrise and Q&A. made the tweet as a jubilant Melbourne side broke a 57-year drought to win the premiership cup.

‘Dear most Aussies, who are the Dees? What is the thing you all care so much about?’ Ms Caro wrote to her 123,000 folllowers.

‘Actually, no, please (PLEASE) don’t explain. This tweet is just for all those kids like I once was who could not give a toss & felt weird & had to pretend,’ the Sydneysider continued. 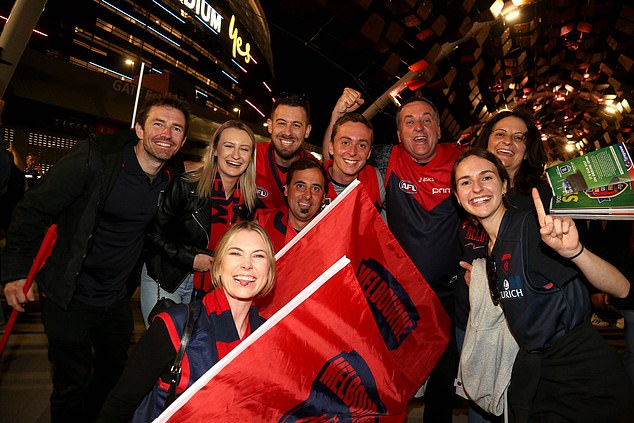 Huge: 3.91 million people tuned in to watch the  Melbourne side  end a 57-year premiership drought by triumphing over the Western Bulldogs. Pictured: Melbourne fans in Perth

Though it appears Saturday was not that day for Ms Caro with the tweet resulting in her trending on the site and sparking a flood of mixed reactions which she relished.

Some commenters naively tried to explain what was meant by the term.

‘Dees, Demons, Melbourne Footy Club. AFL grand final. I know you said not to but I couldn’t help it,’ one person said.

‘You have to know, Victorians, South Australians, Tasmanians, Western Australians, some Ken Berrans and anyone below the FW line in NSW love AFL,’ another said.

‘No, but I do not care about any sport. They all leave me bewildered & bored,’ she replied.

But others feverishly agreed, saying they ‘can’t bear all the BS around the game’.

But even more sports fans took offence to the tweet.

‘Please just let people enjoy what they enjoy whether it’s sport, reading, dancing, gardening, eating nice cheese, knitting etc. Footy has helped my family get through a bloody tough time in lockdown, just let us enjoy it, even if you don’t,’ on person said.

‘Imagine if you did just ignore it though?’ added another.

For many Melburnians the game – despite being held in Perth – was a brief patch of light and a welcome distraction in an otherwise incredibly tough two years. 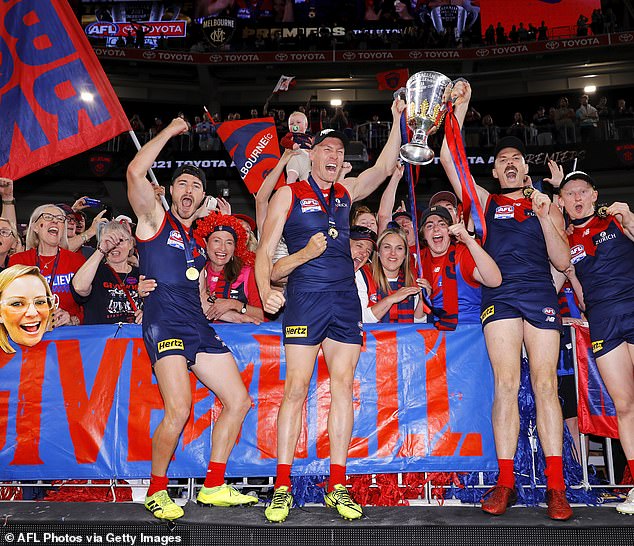 Saturday was a highlight of a tough two years for many Melburnians struggling through the world’s longest lockdown (pictured: the Melbourne Demons win the 2021 AFL Grand Final)

Who the Dickens: Ms Caro wonders if a sports fan could sit still enough to read some of the classics 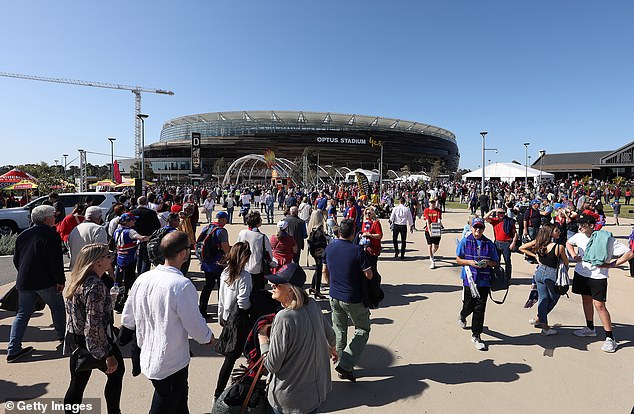 Melbourne is considered by many the sporting capital of Australia but Perth was a sea of red, blue and white as footy fans flocked to Optus Stadium for the grand final on Saturday

The city has spent more days in stifling lockdown than any other city on the planet – nearly 238 as of Sunday.

If the city reopens as estimated on October 26 when 70 per cent are fully vaccinated the days in lockdown will sit at 267.

Considered by many the sporting and cultural heart of Australia, their cafes, pubs, laneways and sports stadiums have been deserted for months.

This will be the second year the Grand Final – the highlight of the year – has gone to another city, with the event hosted in Brisbane last year.

Melbourne has also been rocked by protests in which unruly crowds descended onto CBD streets to clash with police in riot gear.

And to top it all off an earthquake – the largest in ever recorded in Melbourne –  that literally shook the city to its core on Wednesday.

The magnitude 5.8 quake in Mansfield about 100km east of the city was felt as far away as Sydney and Tasmania.

But at least for a brief moment none of that mattered for many Melburnians.

An average national audience of 3.91 million tuned in to watch Melbourne triumph over the Western Bulldogs.

In locked-down Melbourne alone, the game attracted an audience of 1.64 million viewers, up three percent from the year before. 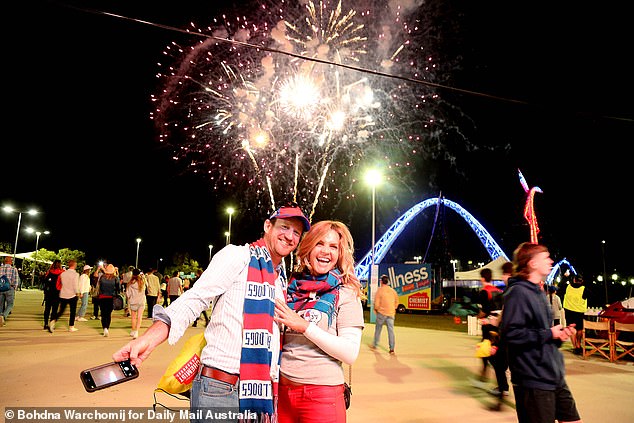 The Melbourne Demons are the toast of the city after convincingly beating the Western Bulldogs by 74 points in the AFL grand final in Perth on Saturday night.

Their comeback victory brought smiles to many residents on a day Victoria recorded 847 new coronavirus cases, its highest rise in daily infections during the pandemic.

‘They are doing it tough through Covid, so we had a greater purpose, for Victoria and all the Melbourne fans out there,’ Demons midfielder Clayton Oliver said in a post-game interview.

While skipper Max Gawn and Norm Smith Medallist Christian Petracca dedicated the victory to their fans stuck in lockdown.

It’s been a tough week for Melbourne with protesters causing chaos and clashing with police for six days running on top of the state’s roadmap to freedom being delayed due to vaccination targets not being met.

‘As someone who loves both sports and the arts, please drop the public displays of bitterness. Let people enjoy things,’ one Melburnian replied to Ms Caro. 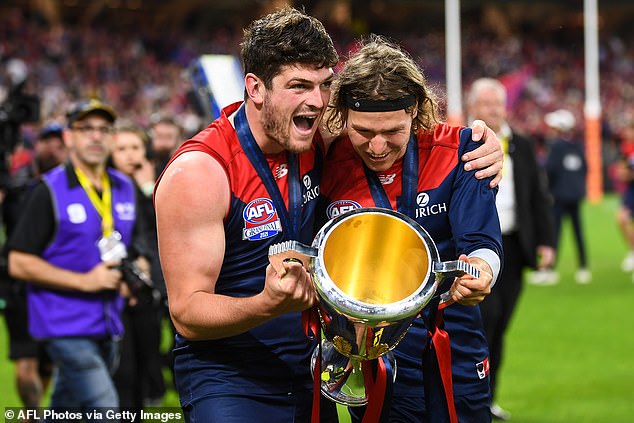 And sport is not just a great Australian past-time to distract from more serious business and get kids heads from out of their phones and get some fresh air – its the antidote to a pandemic of a different kind.

According to a 2019 report there a more than million more Australians living with obesity than just three years ago.

‘We are fast heading down the road the United States has travelled and they have discovered exactly how much it costs in terms of health and taxpayer dollars,’ Professor Annette Schmiede from Research Australia said.

‘Overweight and obesity is a driver for 22 diseases including diabetes, musculoskeletal conditions, and cardiovascular disease.’