A white van driver reversed into a Muslim woman wearing a hijab after ‘giving her a dirty look’ in a hit-and-run caught on CCTV that witnesses say was a ‘deliberate racist’ attack.

Footage from the incident shows the Ford Transit van driver reversing into the pedestrian as she crossed a road in Ilford, East London.

In the clip, the woman can be seen walking along the pavement as the van driver approaches a T-junction on Tuesday morning at around 9am.

The woman, who was wearing a hijab, then crosses the road and the driver rapidly backs into her, knocking her to the ground.

Pictured: The woman begins to cross the road as the white van driver pulls up to a T-junction in Ilford on Tuesday 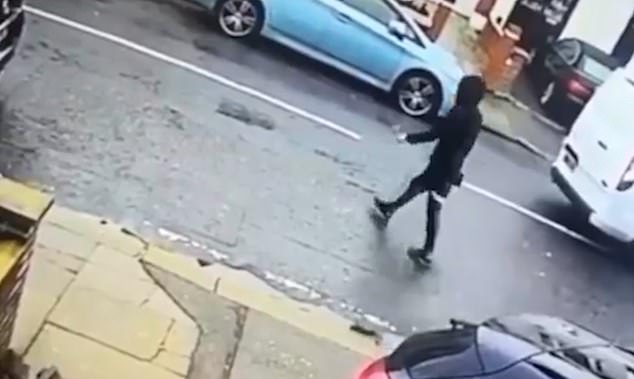 Pictured: The woman crosses the road in Ilford as the white van driver pulls up to a T-junction on Tuesday 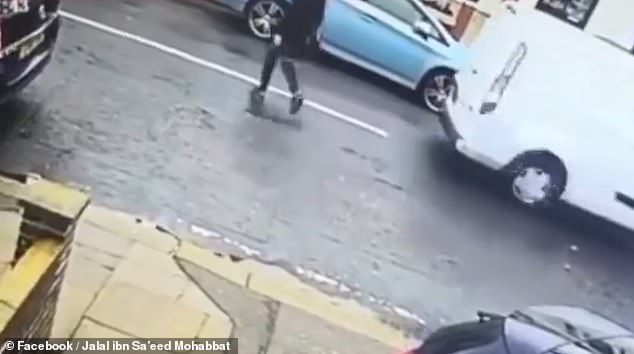 Pictured: As she reaches the other side of the road, the van driver can be seen rapidly reversing into her in Ilford

He then speeds off in the other direction without stopping to help her.

On Twitter, the person who first shared the footage wrote: ‘Two days ago my friend’s sister was the victim of a racially-motivated hit and run.

‘His sister was wearing a hijab and recalls receiving a dirty look from the driver before this happened.

‘The police have been informed but have not done much to help find out who he is.

‘It’s disgusting to see that still today all it takes is to be of a different religion or race to be the victim of this sort of attack.’

The social media user added that the suspect was a blonde white male in his mid-to- late twenties. 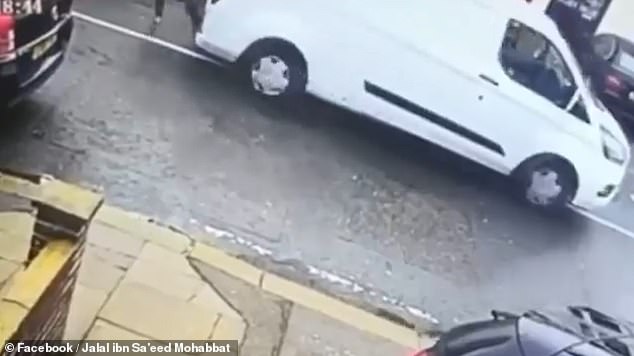 Pictured: This is the shocking moment the white van driver smashes into the hijab-wearing woman in Ilford on Tuesday morning

The woman was left with ‘multiple injuries’ and was traumatised by the incident, they added.

In a statement, the Met Police told the Sun: ‘Police were called at 09:39hrs on Tuesday, 29 September to reports of a collision involving a van and a pedestrian in Betchworth Road, Ilford.

‘Officers and London Ambulance Service attended and spoke to a woman in her twenties. No injuries were reported.

‘The van involved in the collision didn’t stop at the scene and enquiries to locate the driver are ongoing.

‘No arrests have been made.’