A plan by domestic violence charity White Ribbon to use a flotilla of jetskis on Sydney Harbour to publicise the cause has been slammed because the personal watercraft are banned on those waters – and have been for decades.

A flotilla involving 50 jetskis was planned to make a ribbon formation on Sydney Harbour under the Harbour Bridge this Friday as part of a fresh campaign urging people to say No to Violence against women and children.

But the plans have sparked confusion and anger among boat users and the NSW opposition, because the use of jet skis and other personal water craft has been banned on Sydney Harbour since 1999.

Organisers obtained exemption to hold the event which will raise funds for the White Ribbon Foundation.

One woman on average is murdered by her current or former partner in Australia each week.

Should the jetski flotilla be held on Sydney Harbour?

‘This is a very convoluted way of starting, what should be an ongoing and constructive conversation,’ Ms Harrison said.

‘The theme of White Ribbon Day 2022 is, ‘Let’s Be the Change’, perhaps the government should redirect the money they are spending on water sports to an initiative which will create meaningful change for those impacted by domestic violence in NSW.’ 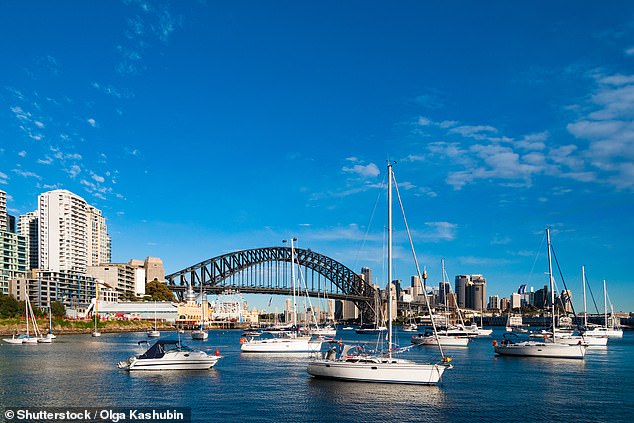 Ms Harrison also accused Dominic Perrottet of failing on his Premier’s Priority to reduce the number of domestic violence reoffenders by 25 per cent by next year.

She wasn’t the only one who has opposed the stunt.

‘Pwc (personal watercraft) is forbidden for us but you are using it? Such a hypocrisy… allow us to use pwc at harbour so we can ride for them instead of you and your marketing campaign,’ one person wrote on the NSW Maritime Facebook page.

Its website states boaters cannot drive a personal watercraft anywhere on Port Jackson (Sydney Harbour),  stretching from the Heads at the entrance to the Pacific Ocean to Parramatta in the western suburbs.

NSW Maritime, Surf Life Saving NSW, Marine Rescue NSW and the Port Authority of NSW will all take part in the flotilla which will take place simultaneously with Maritime Safety Queensland’s ride on the Brisbane River. 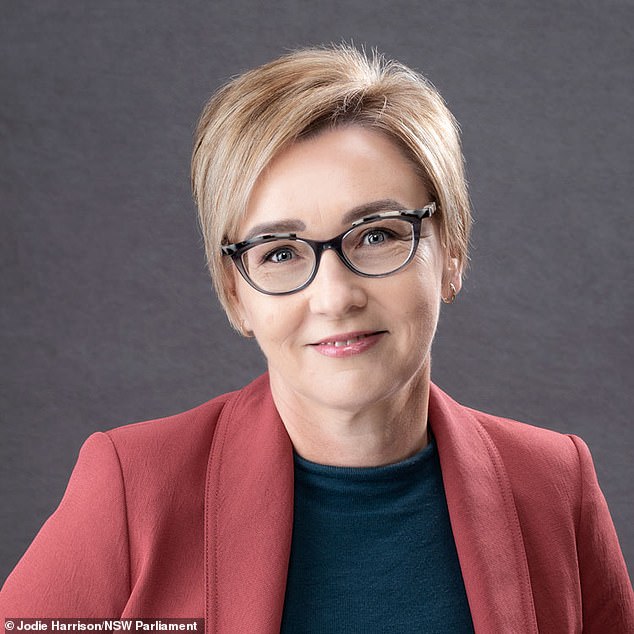 ‘On one of Australia’s most iconic waterways, the jetski display puts the work of violence prevention front and centre, igniting conversations that, in our hope, will inspire people to take action to effect change at the local level,’ White Ribbon Australia national director Allan Ball said.

They suggested selling the merchandise for $1,000 and include a QR code on the item that would direct users to a domestic violence awareness website

The ‘tone deaf’ proposal angered many, with commenters venting their disgust over the idea on social media.

It was second time within days the charity prompted backlash over another of its  appeals.

The charity launched a social media campaign that included a photo of a man wearing a white ribbon and was accused of asking people to donate so they could educate men about preventing violence. 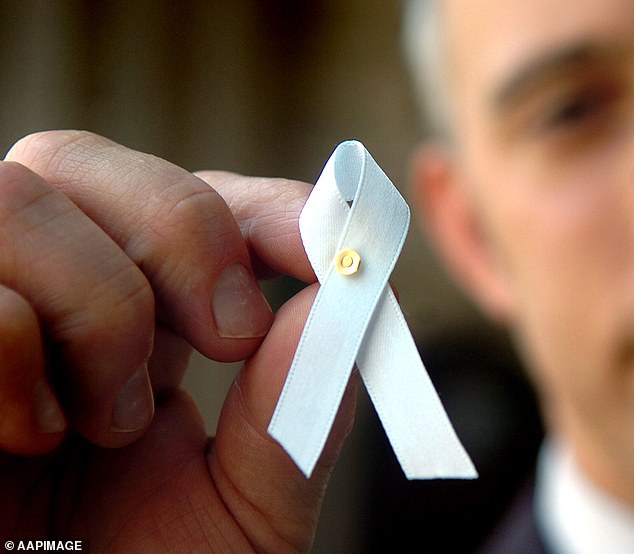 Jetski flotillas in Sydney and Brisbane this Friday will raise  the event which will raise funds for the White Ribbon Foundation.