White Island volcano survivor Stephanie Browitt has removed her face compression bandage for the first time since suffering burns to 70 per cent of her body and shared a never-before-seen picture showing the full extent of her injuries.

Stephanie was touring the New Zealand island with her sister Krystal, 21, and their father Paul when the volcano erupted off the coast of Whakatane on December 9, 2019.

Her sister and father were among the 22 people killed, while Stephanie spent two weeks in a coma fighting for life with third-degree burns to the majority to her body.

Appearing on 60Minutes on Sunday, the 26-year-old unveiled her face for the first time in two and a half years.

Looking into a mirror afterwards, the young woman said she now sees ‘a person who has gone through much more than I ever expected in life’.

White Island volcano survivor Stephanie Browitt has shared an incredible update on her recovery, removing her facial compression bandage for the first time in more than two years

‘I am tougher than I ever thought I would be,’ she said.

‘I think I have learnt that the fight for survival is a real thing. I was fighting everyday to survive, just to get back to myself.

The Melbourne family were on a trip of a lifetime aboard the Royal Caribbean when they embarked on a day excursion to the volcano, an activity offered by the cruise company.

Stephanie’s mother Marie decided to stay on the ship while her two daughters and husband went to explore.

But just as they were leaving the crater, they saw black smoke spewing from its centre. 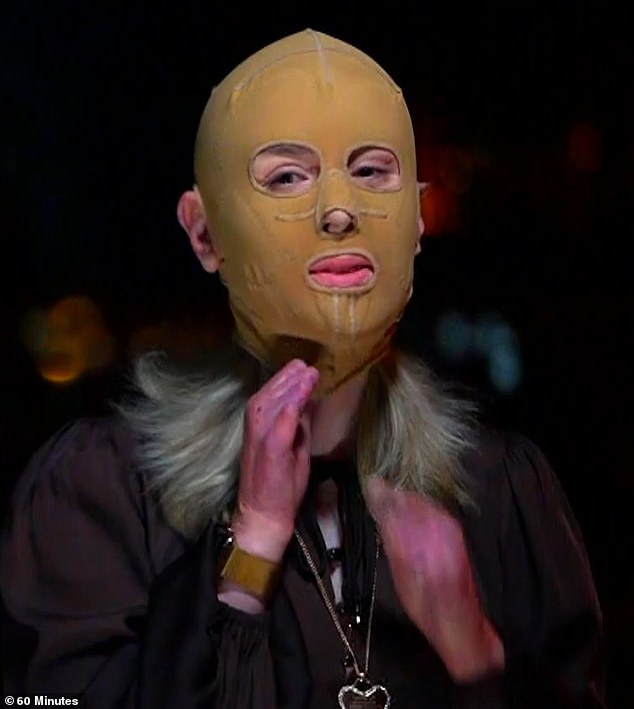 Removing the face covering, Stephanie said she has had to overcome her fear of judgement 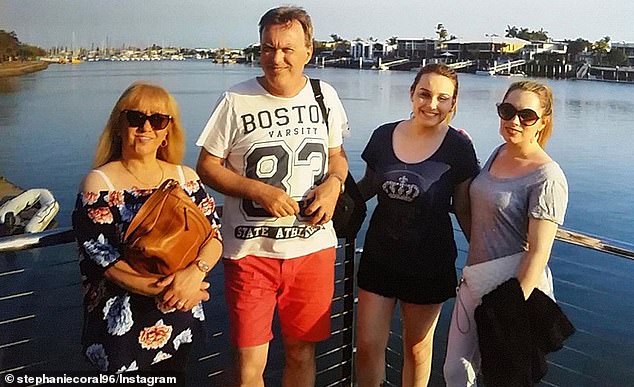 ‘Only a few seconds later, we heard the front tour guide scream, ‘Run’ and that’s when we realised and made the split-second decision to just bolt,’ Stephanie recalled.

‘I didn’t think I would survive…I thought I was going to die.’

Stephanie was stuck on the island for hours before she and her father were rescued and eventually airlifted back to hospital in Australia.

Krystal, 21, never made it off the island alive and her body was retrieved days later during a recovery operation. Their father Paul died from his injuries a month after the blast.

On Sunday, Stephanie shared never-before seen photos of her horrific injuries during the six months she spent in hospital undergoing rounds of gruelling surgeries, which included the amputation of her fingers.

The graphic images show the extent of the burns, which stripped layers off her head, back, arms, torso, and legs, leaving her exposed limbs in need of numerous skin grafts. 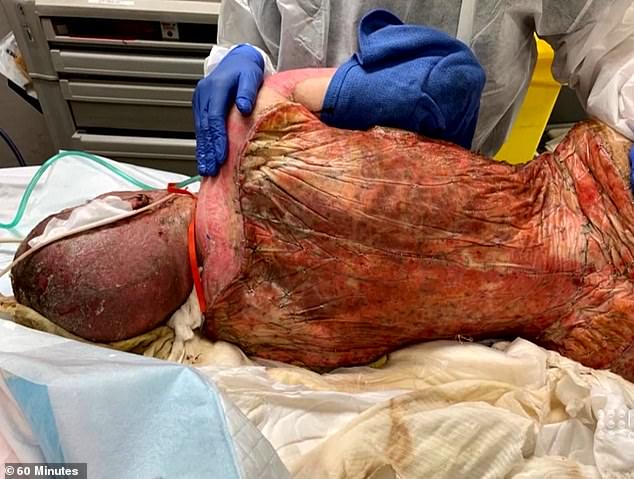 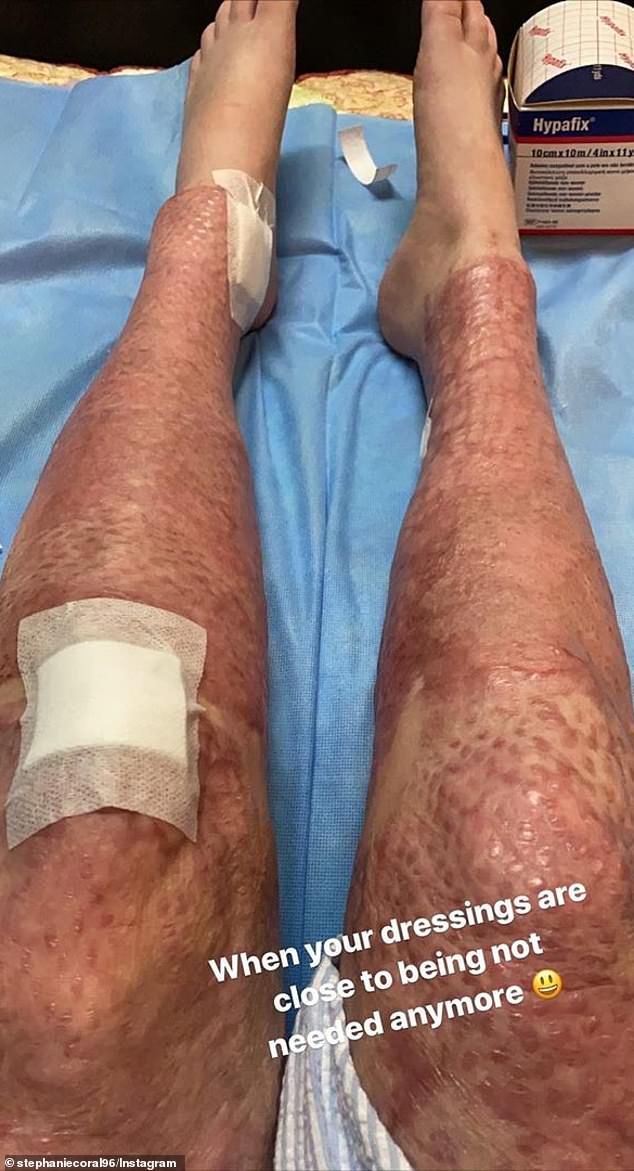 Despite the unimaginable physical pain she has endured, the most painful part of her ordeal has been learning to live without her father and sister.

‘I wish my dad and sister were still alive and still with me,’ she said.

‘I wish that day would leave me, it has caused me many sleepless nights… nightmares.

‘There are many times when my mind won’t shut off. Even now, it still hurts a lot. I just hope my sister and dad can see me now and what I have gone through.’

Stephanie credits her remarkable recovery to her mother Marie, who she says ‘pushed her through from the very first day’ she was hospitalised.

While she wishes her dad and sister were still here, she is incredibly glad at least one person in her family survived so her mother didn’t lose everyone.

‘Whilst my scars are visible, she has her own that aren’t visible, but she has always made sure to put me first,’ Stephanie said.

Stephanie and Marie are now in the process of suing Royal Caribbean over the physical and psychological injuries they suffered. 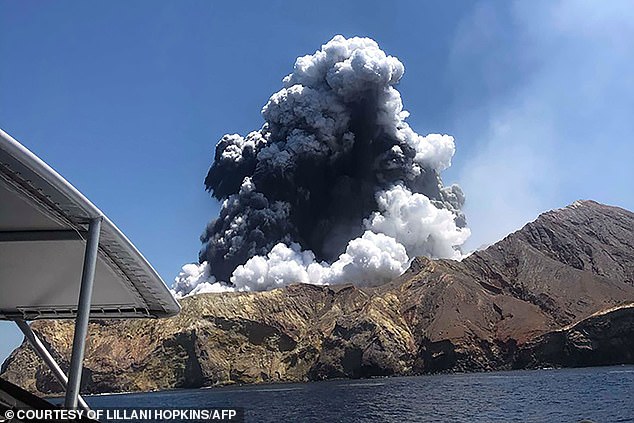 The pair’s lawyer Peter Gordan said it was ‘clear for weeks’ based on seismic activity reports available to the cruise company that the volcano was a ‘ticking time bomb’.

‘It makes me furious,’ he said.

‘I don’t think I’ve ever seen worse injuries than Stephanie… And I don’t think I have ever met quite an exceptional person in the way she has battled on.

The horror of the event sent shockwaves through Australia and New Zealand, as families were left in limbo waiting to hear if their loved ones had survived.

The eruption, which killed 22 people and seriously injured 25, became New Zealand’s deadliest volcanic disaster since the eruption of Mount Tarawera of 1886.

Of the 22 killed, 14 were Australians, changing the lives of dozens of families forever.

Day tours out to White Island once brought in more than $4million a year but the picturesque island is now deserted, with layers of ash a reminder of the disaster. 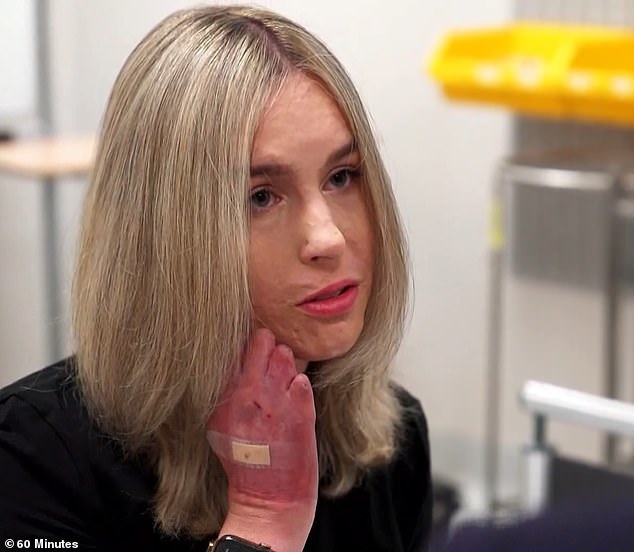 Stephanie is now looking forward to the future and hopes to ‘go back to as normal a life as possible’, by returning to working full-time, recommencing her social life, and possibly travelling.

She recently celebrated her 26th birthday with friends – without her compression bandages – and has regained her driver’s license, giving her a renewed sense of freedom.

Since the tragedy, Stephanie has become a burns advocate, sharing her remarkable recovery journey with her more than 1.5million TikTok and 102,000 Instagram followers.

Although she is open with her story, the young woman was afraid of taking off her face mask out of fear the public may judge her appearance.

However, receiving messages from fans sharing how much she has inspired them has helped her overcome her own concerns and be proud of how far she has come.

‘I get a lot of people sharing their own stories about their battles with their own personal issues. If I can just make a difference in one person’s life, that means everything to me,’ she said.

No one should be ashamed off their scars, because it represents their battle. 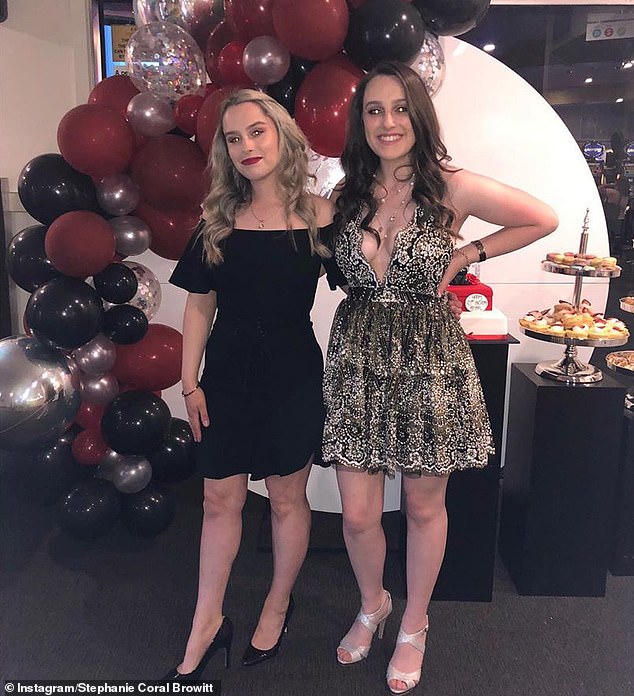