The White House is planning the expand use of Paxlovid, Pfizer’s antiviral Covid pill that was touted by President Joe Biden once considered the ‘gold standard’ treatment for the virus, despite reports that some patients who use the drug have their symptoms return after completing the standard course.

The first of the many ‘test-to-treat’ centers promised by Biden earlier this year is set to open Thursday in Rhode Island – the state with the highest vaccination rate in America – with more planned in the highly vaccinated states of Massachusetts and New York in the near future as well.

These openings come of Paxlovid comes under fire after dozens of recipients of the highly touted drugs report that their Covid symptoms were only temporarily cured. The Centers for Disease Control and Prevention (CDC) issued a notice earlier this week, acknowledging the potential return of symptoms for the first time.

It comes as Covid cases are rising around the country, and the BA 2.12.1 strain overtakes the ‘stealth’ variant as the nation’s dominant version of the virus. The country is averaging 107,920 cases per day, though deaths have not increased with cases, remaining at one of their lowest points of the pandemic so far.

An average of 356 people are dying from the virus daily, a five percent jump over the past week.

The first of the White House-promised ‘test-to-treat’ COVID-19 centers is opening in Rhode Island, with others soon planned in New York and Massachusetts. It comes as the drug central to the treatment plan, Paxlovid, faces criticism over symptoms of the virus rebounding after treatment (file photo) 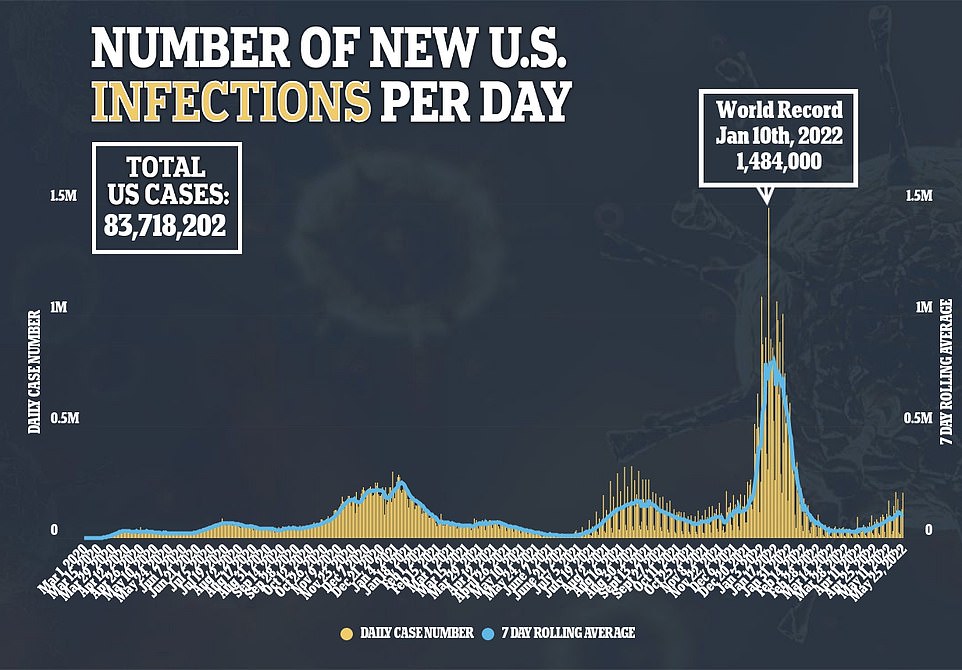 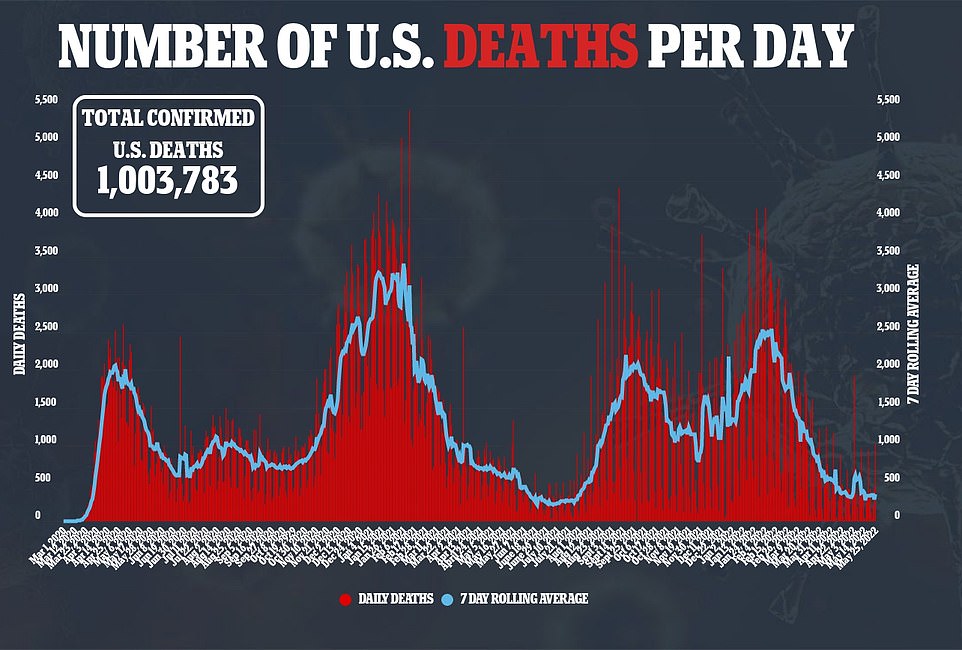 Dr Ashish Jha, who recently took over as White House COVID-19 response coordinator, told the AP that around 25,000 to 30,000 prescriptions of the drug are being given out every day.

The drug is to be taken after a person first feels symptoms of the virus, and has a five day, twice a day, full course.

Paxlovid proved to be highly effective in clinical trials, preventing 90 percent of hospitalizations and deaths caused by the virus, and it also cured many people who have used it to combat the virus.

But for many, those symptoms later returned, in a bizarre phenomena that neither Pfizer nor U.S. officials have yet fully explained.

‘Paxlovid continues to be recommended for early-stage treatment of mild to moderate COVID-19 among persons at high risk for progression to severe disease,’ the CDC wrote in a notice this week.

‘…A brief return of symptoms may be part of the natural history of SARS-CoV-2 (the virus that causes COVID-19) infection in some persons, independent of treatment with Paxlovid and regardless of vaccination status.’

‘We had three cases in the house with the same pattern,’ John Donoghue, 71, told the Boston Globe about the mysterious phenomena last month.

‘The symptoms the second time were milder … in some ways, we feel that Paxlovid did its job. It took away the extreme symptoms of the first round and reduced them very quickly in all three cases.’ 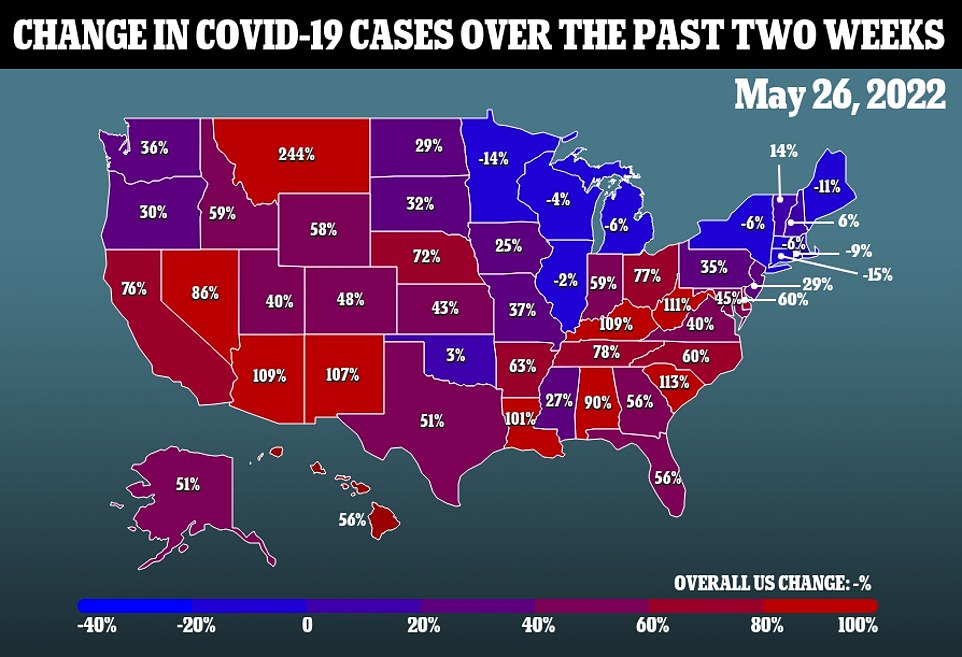 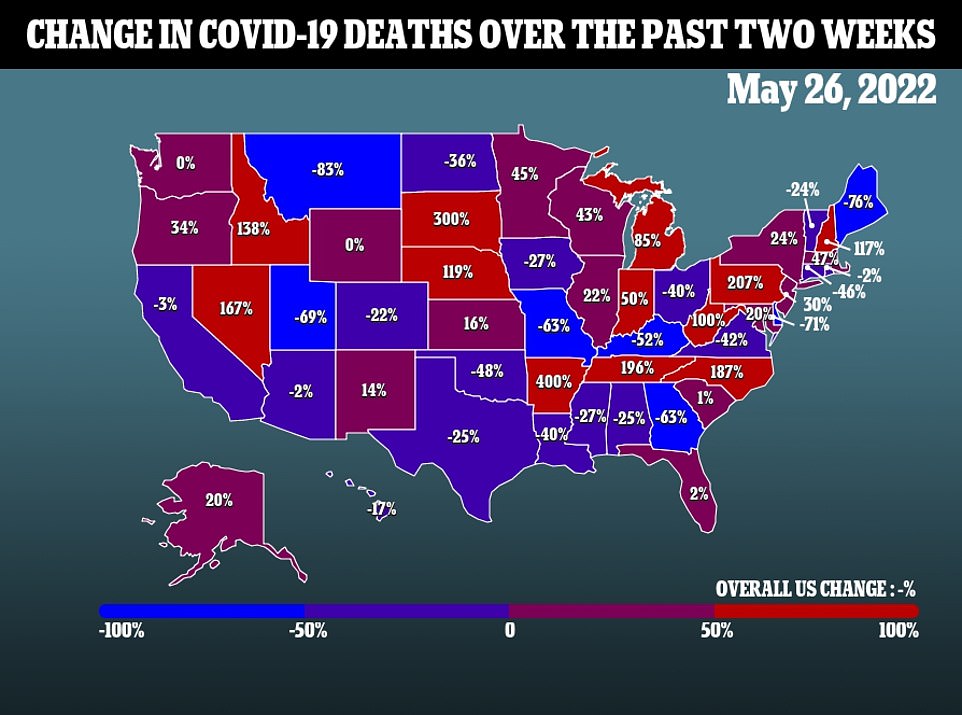 He reported that he, his wife and is mother, 95, all began to take the drug after contracted Covid.

Each started to feel better after using Paxlovid, but and even began to test negative, before their symptoms and positive test status returned once again.

Despite this rebound, Jha is still crediting Paxlovid for doing its part in keeping deaths from the virus low. Even as daily cases eclipsed 100,000 per day again this month – with the number of untracked cases likely dwarfing official figures –  deaths have remained in the 300s.

‘What has been remarkable in the latest increase in infections we’re seeing is how steady serious illness and particularly deaths are eight weeks into this,’ Jha told the AP.

‘Covid is no longer the killer that it was even a year ago.’

Between the therapeutics, the widely available COVID-19 vaccines and booster shots, and the more-mild nature of the Omicron variant, Jha says that deaths from the virus are now preventable.

‘We are now at a point where I believe fundamentally most COVID deaths are preventable, that the deaths that are happening out there are mostly unnecessary, and there are a lot of tools we have now to make sure people do not die of this disease,’ he said. 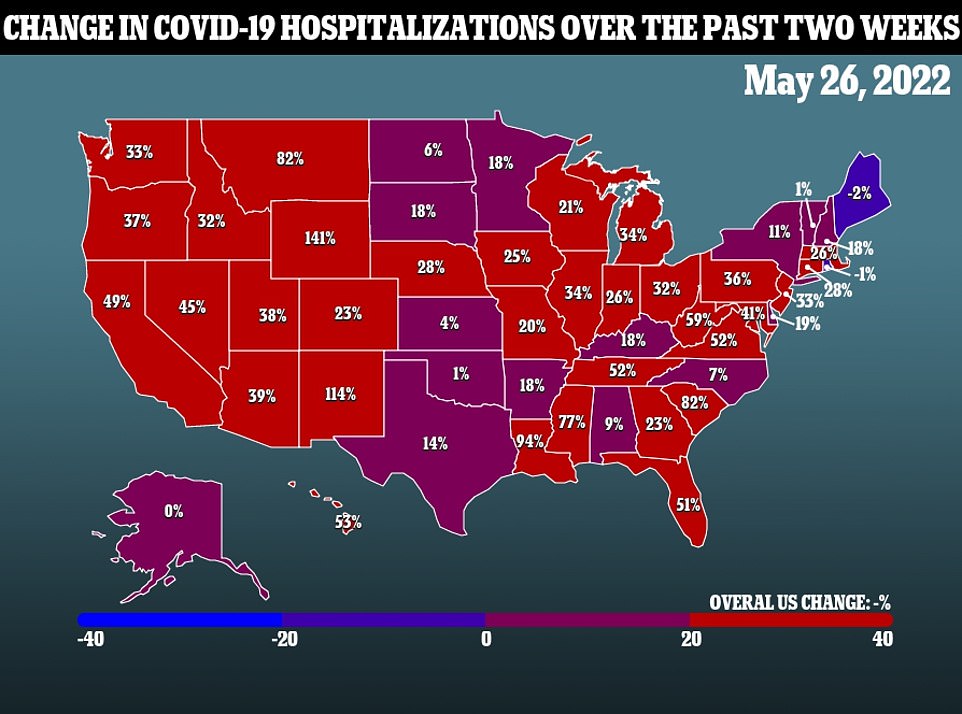 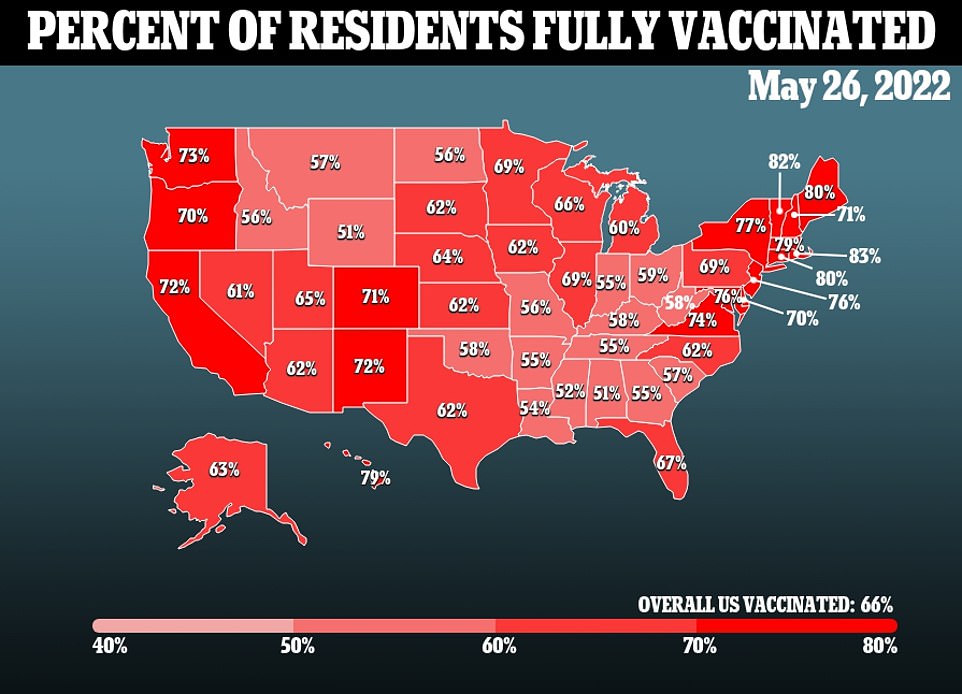 Eligibility for the vaccines may still expand as well. Pfizer revealed this week that trials for its three-dose vaccine in children aged six months to five years old showed 80 percent effectiveness at preventing infection from the Omicron variant.

An FDA advisory meeting was scheduled in response to a new report from Pfizer – which is developing its shot as a joint project with the German company BioNTech.

Unlike the previous versions of the shot, the regimen for this age group comes in three doses. The shots are also only three micrograms (mg) in size – a tenth the dosage of the 30 mg shots for adults.

The New York City-based pharma giant had initially planned to make its jab for the youngest of Americans only two doses, but early results from the end of last year found that the first two doses made little impact on immunity from the virus in children aged three and four years old.