The White House is said to be close to lifting its eight month travel ban on people from Europe because its own COVID-19 problem is so much worse, sources have told Reuters.

In March, Trump issued a ban on non-US citizens traveling from the European Schengen area – which is most of mainland Europe – along with people from Iran and China. Two days later, he applied it to the UK and Ireland.

Now, the White House coronavirus task force is backing a plan to lift the European restrictions, arguing that the infection rates there are no worse than in other countries around the world and that it could boost airline business. The plan does not include lifting restrictions on Iran or China and one major stumbling block is that it won’t be reciprocal.

On Tuesday, there were 172,935 new cases in the US out of roughly 330million people which gives an infection rate of around 0.05 percent.

The UK’s problem, for example, is a fifth of the size: on Tuesday, there were 11,299 new cases out of a population of around 66.5million, which gives an infection rate of 0.01 percent.

The US has by far the worst COVID problem of anywhere in the world, followed by India, Brazil and Russia. The Trump administration is now considering lifting travel restrictions from Europe as a result but Americans are still banned from going straight from the US to Europe

Business links between the US and the UK are among the strongest in the world and are particularly important in the airline industry.

The JFK-Heathrow flight, for example, is the most lucrative in the world and before the pandemic, operated dozens of times a day across multiple airlines.

Currently, people cannot travel to the US if they have been in one of these countries for 14 days prior to entry;

There were rumors of an ‘airbridge’ between New York and London earlier this year but no plans came to fruition.

It’s unclear if the plan would include people testing negative upon arrival in the US or if any sort of quarantine would be mandated.

Currently, US citizens can enter the US from anywhere in the world but from the banned countries, they are asked to  complete a 14-day quarantine when they arrive.

At the start of the year, the quarantine was mandatory if people were returning to the US from China – they were taken straight from planes to hotels to be monitored.

Lifting the ban could also allow European citizens currently living in the US to return to their home countries for the first time in months without fear of being stopped from re-entering the US.

The rules vary on whether or not they would have to quarantine upon arrival in their home country.

European countries pale in comparison to America when it comes to the crisis.

The US has the highest number of COVID cases per capita of anywhere in the world, followed by India, Brazil and Russia.

The national average test positivity rate in the US is 9.6 percent but in some states, it is as high as 40 percent.

Tuesday marked the country’s deadliest day since March, with more than 2,100 people dying from the virus.

Health officials have been warning for weeks that deaths, which are a lagging indicator, would increase after the number of cases and hospitalizations started surging in late September.

Thanksgiving is only adding to the problem.

Millions of people are traveling to family gatherings, despite official advice.

There is hope of a vaccine in 2021 but the problem will escalate before it becomes widely available, with another 40,000 deaths on the horizon before people are vaccinated.

Despite it being the worst in the world, there has been a ban in place since March on travelers from 26 European countries, the UK, Ireland, Iran and China.

US citizens and some exempted visas have been able to enter the US from those countries but others have had to stay put or circumvent it by traveling through a non-restricted country.

Equally, foreign visa holders living in the US have been unable to leave the country for fear of not being able to return.

Iran is currently fifteenth in the world with its COVID crisis whereas France, Spain and the UK are 5th, 6th and 7th.

China, according to the data it has released which has been met with great skepticism, is 68th.

Both China and Iran, unlike Europe, are political enemies of the Trump administration and airline travel between the two countries and the US is not as prevalent as it is with Europe. 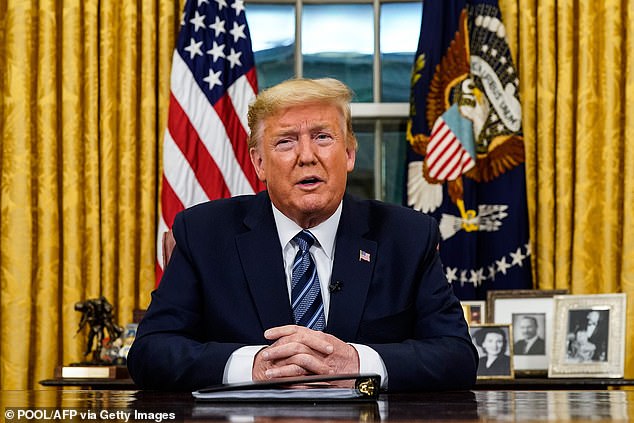 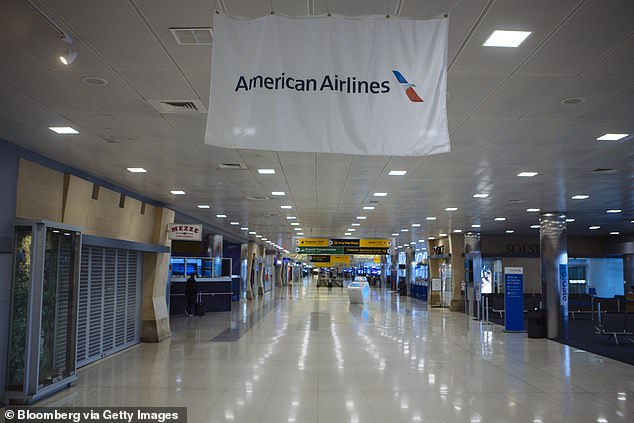 An empty American Airlines terminal in April this year after Trump banned travel from most European countries. The London to New York route is the most lucrative route for most airlines in the world but it has been crippled by the ban