The White House’s leading COVID-19 official is warning that the United States is still in the middle of the pandemic and backed calls for Americans to bring back masks in indoor public places.

Dr Ashish Jha, the White House’s Covid response coordinator, told ABC’s This Week on Sunday that the virus still remains a threat amid the rise of the BA.5 variant but that the available vaccines and therapeutics for it put the nation in a better place now than it was in previous years.

He also echoed calls from Dr Anthony Fauci, the nation’s leading infectious disease expert, last week asking Americans to put on face coverings when in indoor public places. He brushed off the potential for a federal mask mandate, though, saying that he believes local governments should be in charge of those decisions.

The BA.5 variant is believed to be the most transmissible variant yet, even having the ability to re-infect a person only months after they already have caught the virus. According to most recent data from the Centers for Disease Control and Prevention (CDC) it now makes a majority of Covid infections in America.

Many Americans are over the pandemic according to polling, though, making the comments from Jha feel disconnected from the general feelings of the U.S. public.

Both case and death figures are rising in the U.S. amid BA.5’s takeover. Daily infections have jumped to 145,761 per day – a 36 percent increase over the past week. Deaths have increased 23 percent to 528 daily. 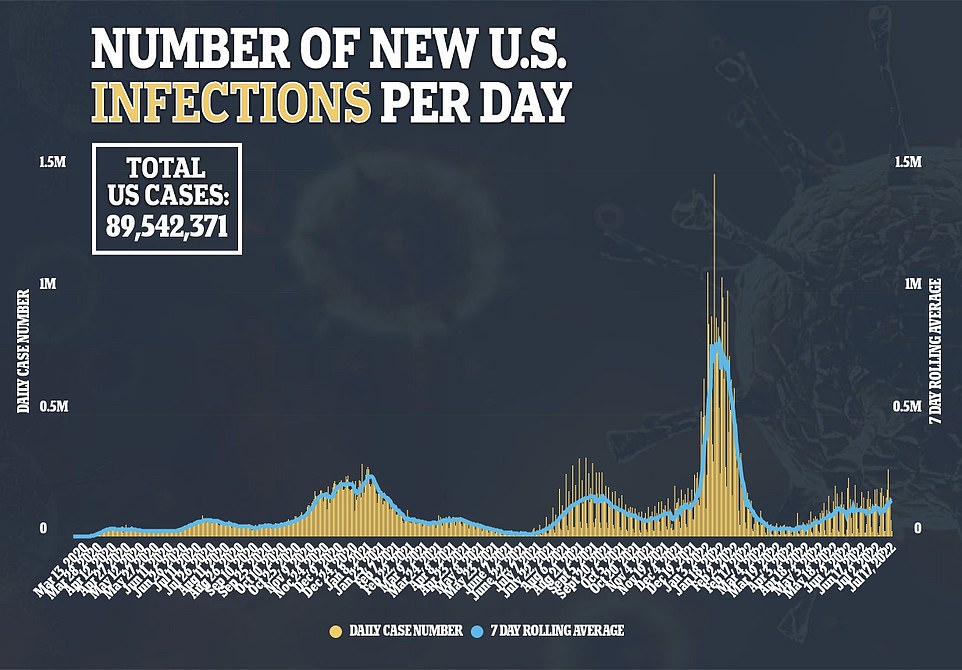 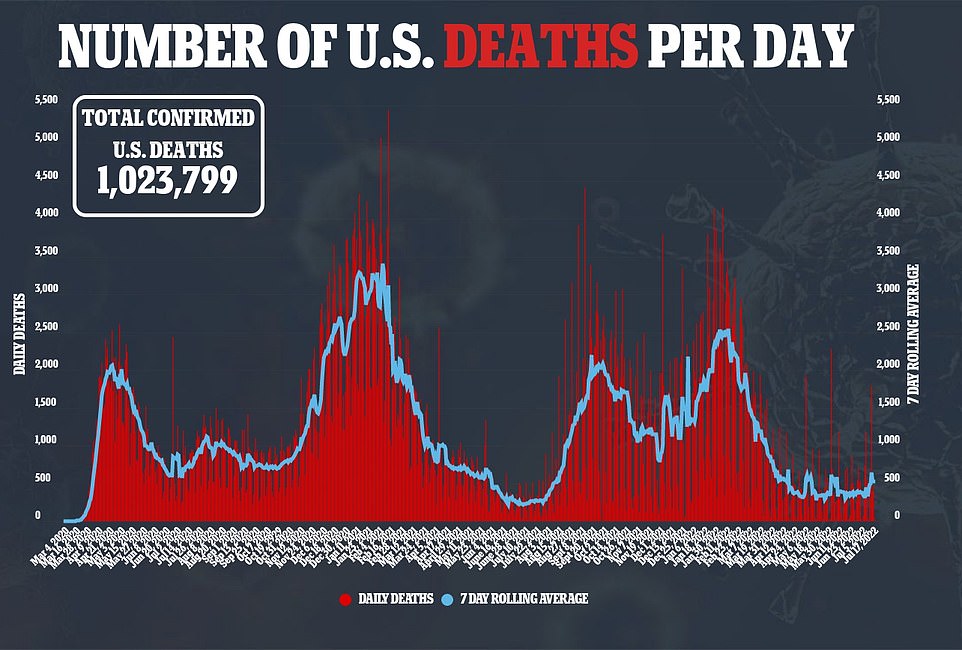 ‘This is a virus that is still evolving rapidly. We’re still in the middle of this pandemic,’ Jha warned.

‘Obviously we’re in a way better place than we were a year and a half ago. But we still have work to do, we have to stay on top of this virus.’

An Axios poll from May finds that at least one-in-three Americans would disagree with the White House czar’s assessment.

The survey found that 31 percent of Americans thought the pandemic was over, including nearly 60 percent of Republicans.

While Jha warns that this is the most ‘immune evasive’ version of the virus the erupt yet, tools to control it are still available.

‘The good news here is our tools, our vaccines if you are up to date, if you’ve been vaccinated recently… if you get treatments, those continue to work really well,’ he said. 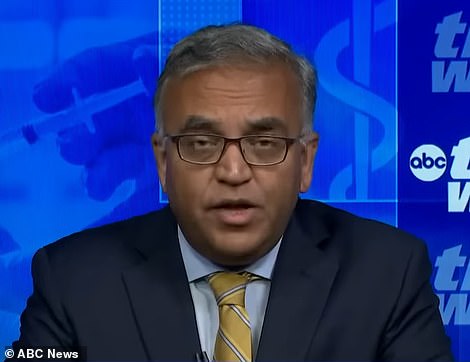 Dr Ashish Jha (pictured), said that America is still in the middle of the pandemic

‘This is an area of concern but we know how to manage this.’

He noted that people over the age of 50 – who suffer the most risk from the virus – should receive their fourth vaccine dose if they have not already.

The shots, which are the second booster after the original two-dose regimen of the Pfizer and Moderna vaccines, were made available earlier this year in an effort to shore up protection for the most vulnerable to the virus.

‘If you are 50 or over, if you have not gotten a shot this year in 2022, it is absolutely critical that you go and get one now it will offer a high degree of protection,’ Jha said.

He also recommended that Americans bring back their masks.

‘If you’re in a crowded indoor space, especially if its poorly ventilated, wearing a mask reduces your risk of infection and your risk of spreading it to others. So we’ve got to continue to encourage people to do that,’ he said.

Jha’s comments echo those of Fauci last week, who also asked for Americans to put on face coverings in some public places to prevent the spread of BA.5. 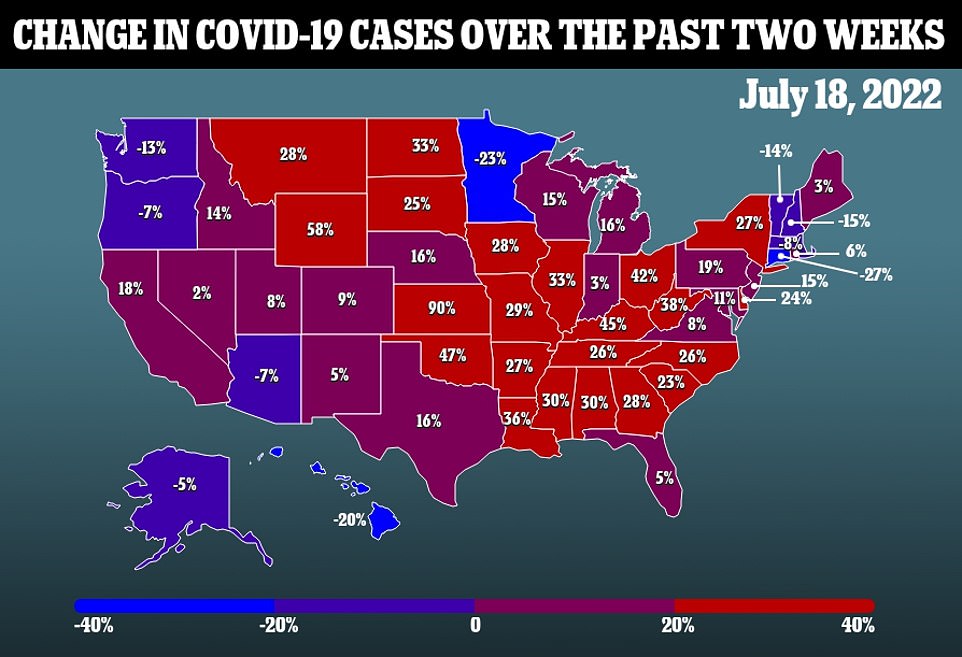 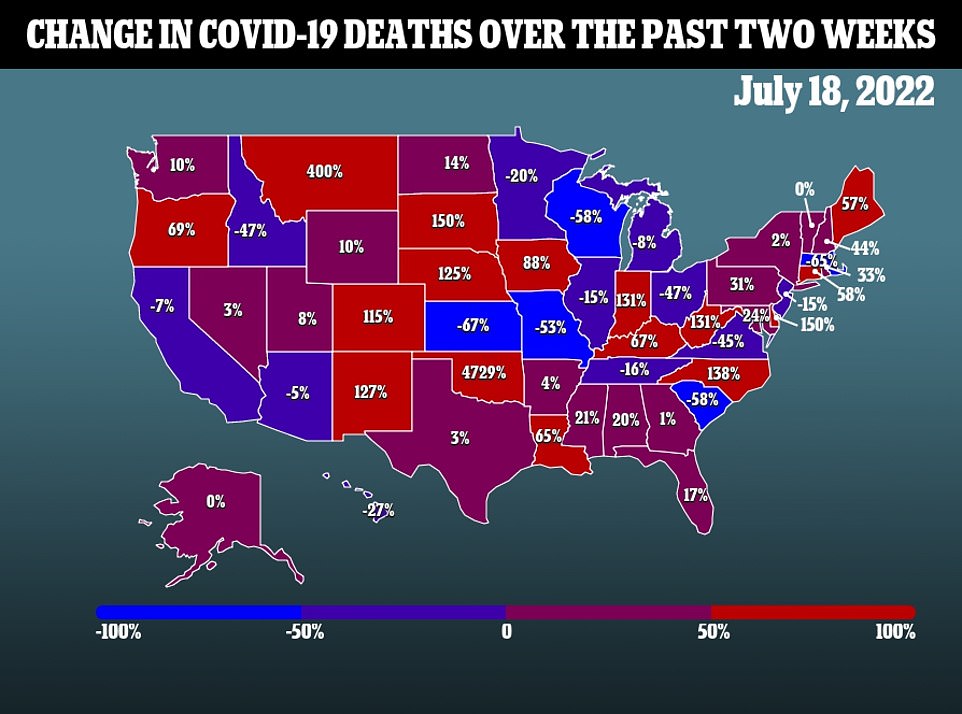 Last week, the Director of the National Institute of Allergy and Infectious Disease said that while every American wants to put the pandemic behind them, there are still a few more steps to take.

‘Everybody wants to put this pandemic behind us and feel and hope that it doesn’t exist. It does, the good news is we have the capability and the tools to address it, and we need to utilize those tools,’ he said.

‘And if you’re in an area of high dynamic of infection – and were talking about mandating anything – but recommending people when they are in indoor congregate settings to wear a mask. Those are simple doable things that can help prevent us from even having more of a problem then we are having now.’

Masks are not mandated anywhere in America right now, but that could soon change. Late last week, Los Angeles entered a ‘high’ level of Covid risk.

According to city guidelines, two consecutive weeks of ‘high’ risk level will trigger the return of an indoor mask mandate.

With all relevant figures currently trending upwards it is likely the nation’s second largest city will reach that point on July 29.

Jha said that he supports local jurisdictions doing what they feel is best for their communities in regards to the virus, and keeping the federal government out of the decisions at a local level. 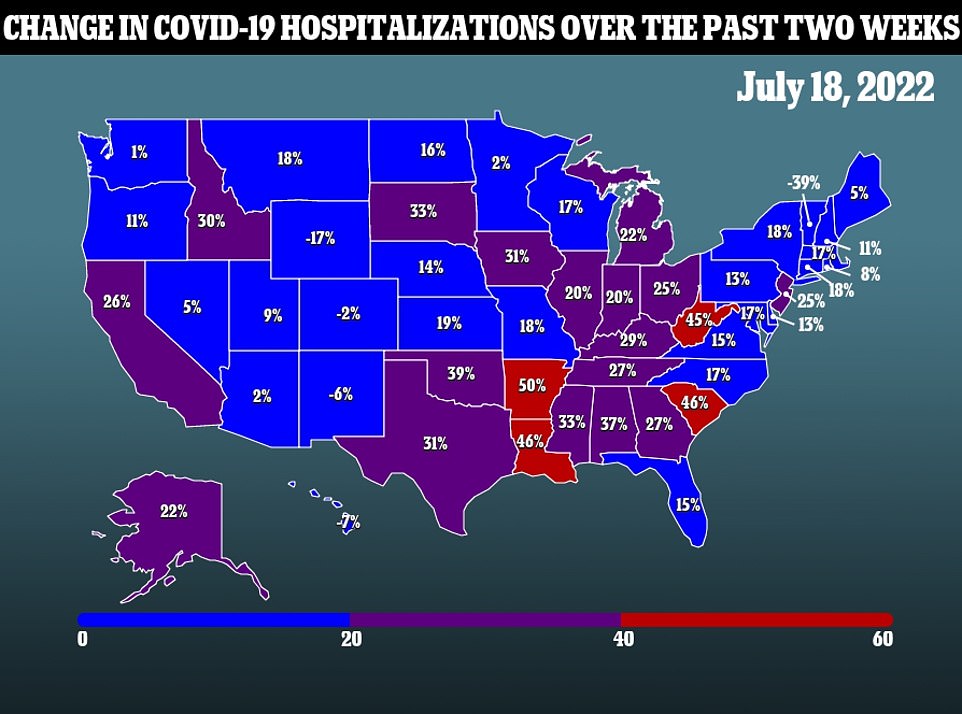 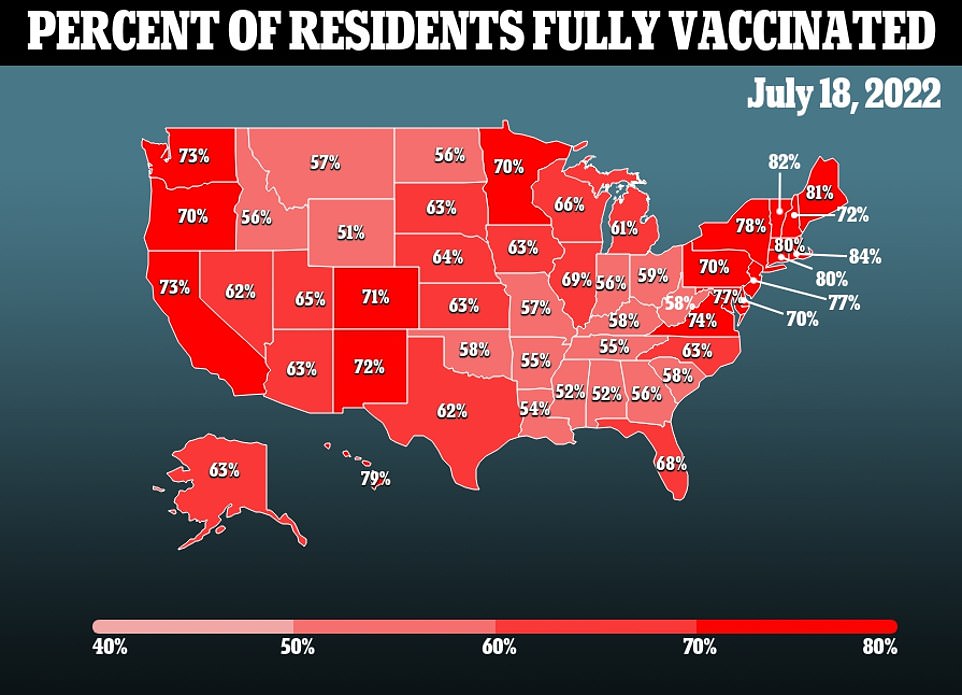 The BA.5 variant is believed to be the most infectious form of Omicron to arrive yet. Early data from South Africa – where it was first detected – also shows it may have the ability to evade natural COVID immunity provided by previous infection.

This is especially dangerous as it means many people who believe they are temporarily safe from Covid due to a previous infection are suddenly vulnerable once again.

It makes up 65 percent – or neatly two-thirds – of all active infections in America according to genomic sequencing from the CDC.

It arrived alongside the BA.4 variant – also detected earlier this year in South Africa – which now makes up 16 percent of cases, per CDC data.

The BA 2.12.1 variant that was dominant before BA.5 now makes up just 17% of cases, being snuffed out by the two new strains.

The rampant spread of the two new strains, along with the rising cases that have come with it, have officials like Fauci recommending that Americans bring back some COVID measures they may be already-to-familiar with from the past two years.