EXPRESS INFORMER > News & Politics > Where would these experts buy their next house?

The housing market has only just reopened after the coronavirus lockdown and it appears buyers are changing their views about where they want to live.

Countryside locations with large gardens and additional indoor space are top of the list of preferences after being told to spend so many weeks at home.

A recent survey by Savills suggested that 71 per cent of younger buyers crave more outdoor space and rural locations, while 39 per cent of those aged under 50 now want a bigger home.

Our experts reveal their top picks on where to buy, including Somerset, where this five-bed house is for sale via estate agents Savills for £1.95m

But in their desperation to relieve some of the pressure of confinement in the past couple of months, are buyers failing to make the right choices about their long-term housing needs?

And are they overlooking some otherwise golden opportunities in the property market?

We turned to some of the country’s top property experts for some answers by asking them where they would invest their own hard-earned cash.

Their responses included buying in urban areas where it is possible to walk or cycle to work.

And they highlight some rural locations that may have been previously considered too far for a daily commute – but now be more accessible with more people able to work from home.

At the same time, our experts pointed out that some urban areas look relative cheap as rural locations become increasingly desirable amid the lockdown – and as such, are worth revisiting.

Their answers covered both if they were in the position of needing to move home and live in the property, as well as if they were looking to buy a property as an investment and rent it out. 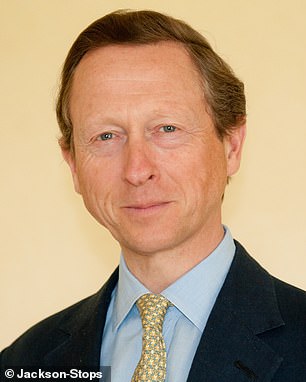 He said: ‘If I was planning to invest this year I’d look to the family country homes market in the first instance.

‘It is no secret that the commuter belt is set to expand this year, with more of us working from home than ever before.

‘As always, where demand outstrips supply the market will perform well and we are expecting this to be the case here.

‘With more flexible working, a three-day commute means that buyers will be prepared to travel further, prompting them to explore previously undiscovered locations which they may have previously deemed too far for a daily commute.

‘In particular, it is locations such as Haywards Heath in Mid-Sussex, Alderley Edge in Cheshire and Dunsford near Exeter that would be top of my list.

‘Family homes in these rural locations are likely to hold their value as our love affair with the British countryside reignites this summer.’ 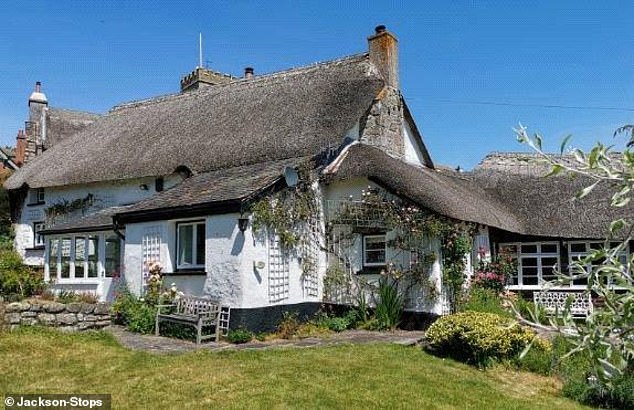 This three-bed house in Dunsford, Devon, is for sale for £550,000 via Jackson-Stops 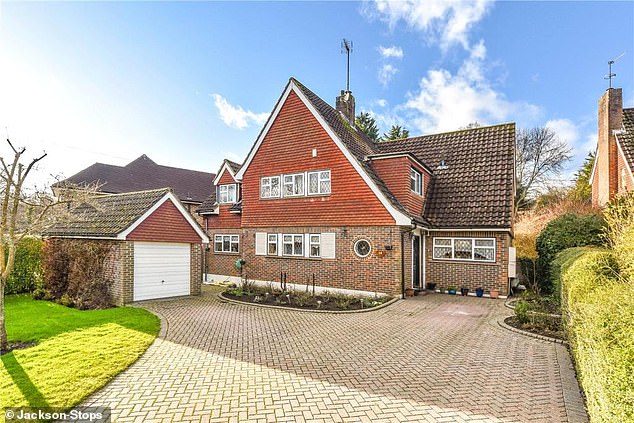 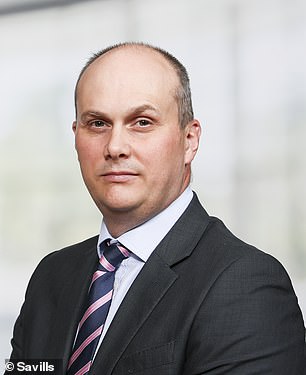 We then spoke to three property experts at estate agents Savills, who all gave different answers about where they would invest their money after the lockdown.

Lucian Cook, Savills head of residential research, said: ‘It’d be central London for me because it looked like good value even before the crisis, particularly for non-sterling based buyers.

‘We’re already seeing much higher levels of search activity on our website from overseas, particularly for higher value properties, which suggests demand will return quickly.’

He added that if couldn’t choose central London, he would turn to the countryside for his top pick.

He said: ‘It’d be back to Somerset, the county I grew up in and home to the world’s best cider.’ 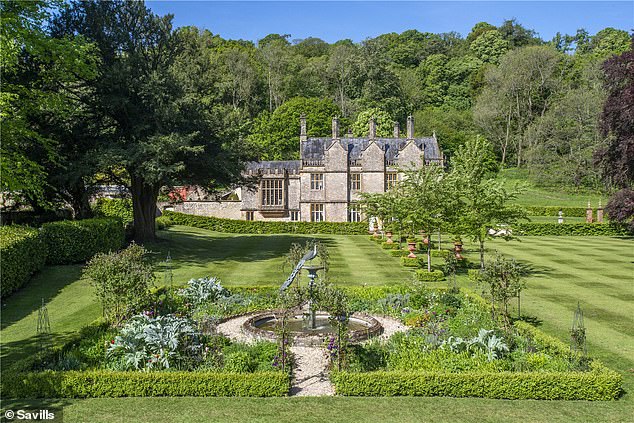 This nine-bed detached house in Yeovil, Somerset, is for sale via Savills for £5.65million 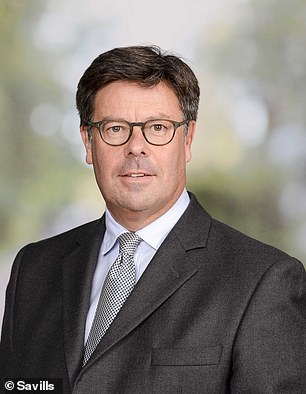 Savills Justin Marking would like a renovation project in the countryside

Justin Marking, head of global residential at Savills, said: ‘For me, it’s a small flat as close to the centre of London as I could afford and from which I could walk to work, hopefully.

‘It would be a good investment and also let well when not being used.

He added that he would also buy a house in the country, which was beyond the commuter belt and something that needed to be renovated.

‘These have not been particularly fashionable in recent years, so represent pretty good value right now, but I think the market is turning,’ he explained.

And he went on to say: ‘Plus, when I came to sell it, I reckon it would appeal to an increasing number of people who wish to work from home for at least part of the week. Ideally it would also have fibre-optic broadband.’ 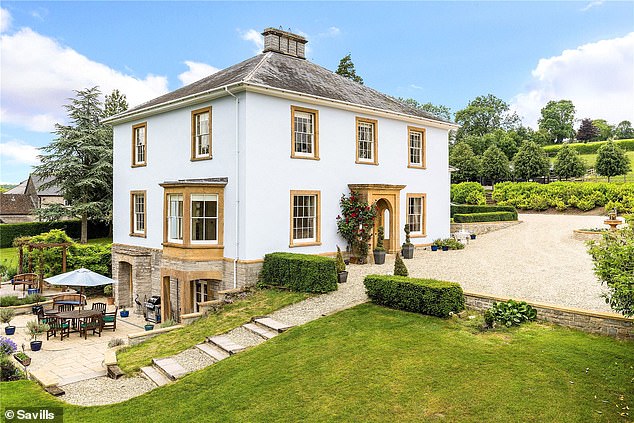 This five-bed equestrian property in Kingsdon, Somerset, is for sale via Savills for £1.95million 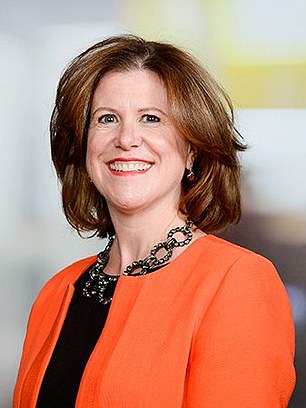 We also spoke to Jane Cronwright-Brown, Savills head of lettings at Savills, who answered from an investment perspective.

‘As my business is lettings, so I’ve always an eye for income potential,’ she said.

She added that it would also be ‘a pretty cool place for my son to live in when he grows up’ while also providing an income until then.

She also recommended looking in the commuter belt, saying : ‘If I didn’t have that to spend – which sadly I don’t – I’d look at Reading, where a two-bed apartment would cost around £370,000, and you’d get a slightly higher yield of around 5 per cent.’

She added that it would be ‘reasonable to expect’ some capital growth on such a flat once Crossrail is up and running. 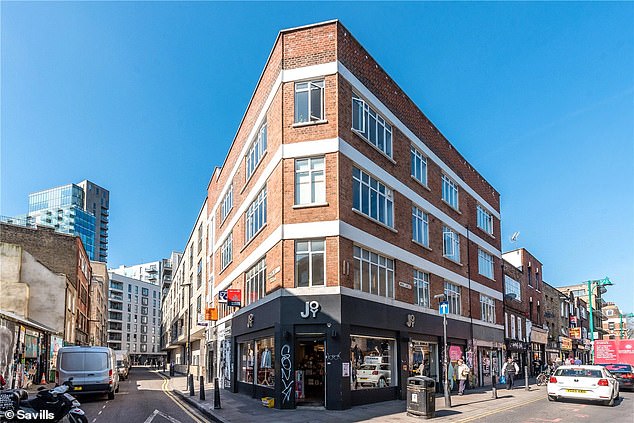 A possible rental? This three-bed flat in London’s Brick Lane, is for sale for £650,000 via Savills

5. Out of city locations 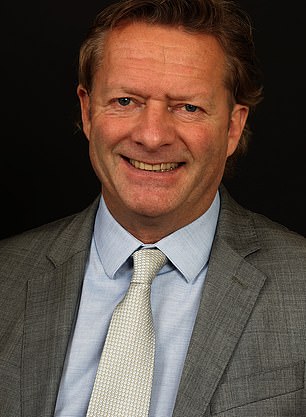 And finally, we spoke to Rightmove’s property expert Miles Shipside, who also commented on the rental market, saying investors who can offer tenants gardens and space to work from home will help to make their properties stand out from the crowd.

He said: ‘The previous rule book on where to invest in buy-to-let has been fine-tuned to include researching areas with more homes for sale with smaller additional rooms that could be set up as offices.’

He explained that these could be rented out to people needing more space to work from home in the short term.

And in the longer term, they could be rented out to those who will continue to work at home more often.

‘I’d now be looking for slightly bigger homes in out-of-city locations that can offer this.

‘We also know more renters have been looking for gardens, so buying a property with one may help it stand out,’ he concluded.