Downing Street set itself on a collision course with social care reform campaigners today after the key issue warranted just nine words in the Queen’s Speech.

Health Secretary Matt Hancock had tried to reassure the public that change was coming as he insisted the Government was ‘committed’ to reforms the Tories promised in their 2019 election manifesto.

But the Queen’s Speech today contained just a single sentence on the subject, with the monarch noting: ‘Proposals on social care reform will be brought forward.’

Care groups, charities and politicians have been long calling for a plan to reform and ‘fix’ the sector, which the Prime Minister promised in his first speech after being elected in July 2019.

But the PM and Chancellor Rishi Sunak are said to be at war over how to pay for it.

The Health Secretary insisted today that plans for a revamp of the sector would come forward once Covid has been tackled. 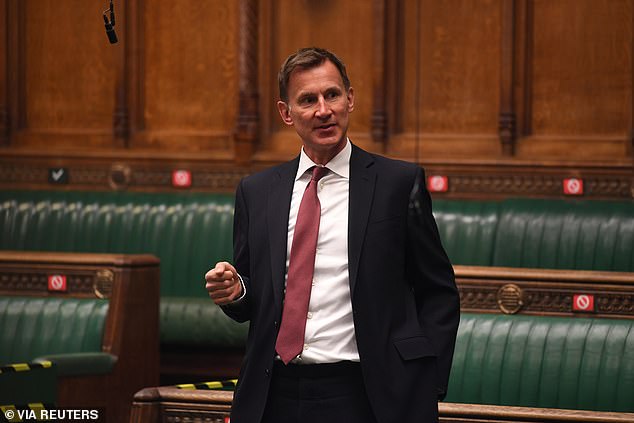 Mr Hunt said he hoped a cap will be announced when the Government sets out its legislative agenda, calling the prospect of catastrophic care costs ‘an incredible worry for people’. 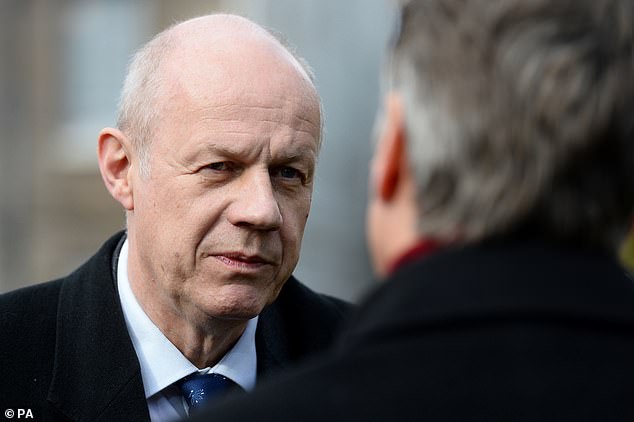 Mr Green, who commissioned a Government green paper on social care in 2017, said he was frustrated it had taken so long for social care to be addressed. 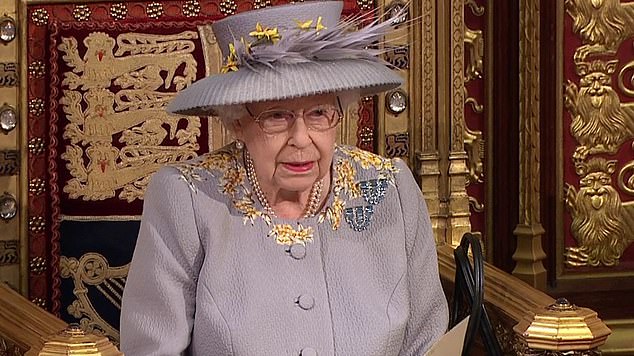 The Queen’s Speech today contained just a single sentence on the subject, with the monarch noting: ‘Proposals on social care reform will be brought forward.’

Experts warned in January this year that the failure to reform the crumbling care system is a major reason Britain has suffered one Europe’s worst death toll from Covid.

The report warns social care spending has fallen by 12 per cent in the past decade, with 1.4million adults missing out on vital support. This has devastating consequences for the NHS, as vulnerable patients end up in A&E needlessly and become ‘stranded’ in hospital beds.

And in march the National Audit Office said the middle classes face a £20billion social care time bomb unless Boris Johnson delivers on his promise to reform the system.

It revealed that the amount the middle classes will have to contribute towards their own old-age care is set to more than double in 20 years.

It also found that a quarter of over-65s had an unmet care need as a result of failures in the system.

This is because an ageing society means the number of pensioners requiring care will soar by 57 per cent. In addition, the expectation that more of them are likely to own their own home will make them liable for more of the cost.

Mr Johnson is said to back plans set out a decade ago by Sir Andrew Dilnot to cap costs at between £25,000 and £50,000, with the taxpayer covering the rest.

His report also recommended lifting the means-tested threshold for state support from £23,250 to £100,000.

But the Treasury is said to be resisting, saying the cost to the public finances would be huge in the wake of the Covid pandemic.

Mr Hunt said he hoped a cap will be announced when the Government sets out its legislative agenda, calling the prospect of catastrophic care costs ‘an incredible worry for people’.

Mr Hunt told BBC Radio 4’s Today Programme: ‘I’m hoping to hear that we will introduce a cap on people’s care costs, because around one in 10 of us will have catastrophically high care costs.

‘It’s an incredible worry for people. It’s a lottery. You don’t know – that could be you I think in a civilised society we should find a way of taking away that worry.

‘I think there’s a big misconception here that this is sort of helping people with expensive houses in the South East pass on their inheritance.’

Mr Green, who commissioned a Government green paper on social care in 2017, said he was frustrated it had taken so long for social care to be addressed.

He told Sky News on Tuesday that while details could wait until the autumn, he was ‘insistent’ that this was the year action was needed.

‘I didn’t expect the full details in the Queen’s Speech, the Government produced a white paper on integrating health and social care a couple of months ago and said they would do it this year, which I took as a sign they were going to do it with the comprehensive spending review that we get in the autumn,’ he said.

‘There’s a certain sense in that. I am absolutely insistent that this needs to be the year for action and decision rather than kicking the can down the road any further.’

A briefing note from Number 10, accompanying the speech, said the adult social care sector has never been under so much pressure and there is ‘more work to do’ to ensure everyone receives high-quality, joined-up care.

The official document said the Government will engage with staff about how best to support the 1.5 million-strong workforce and ensure that reform is ‘informed by diverse perspectives’.

Demand for social care is ‘rapidly growing’, with an ageing population and increased care needs in working age adults, it said.

It notes: ‘Care costs are unpredictable and can be very high, which can make it difficult for people to prepare.

‘There is normally no way to predict a person’s future care costs and not all the risk is shared across society.’

Mr Hancock today said the Government remained committed to long-term reform of adult social care in England but declined to say when it would publish proposals.

‘We will be bringing forward a long-term plan for reform of social care. As we come out of Covid, so we can return to delivering on those manifesto commitments that we made.

‘We have seen the importance of social care through this crisis. That has strengthened the need for reform, the need for integration with the NHS.’

The Riyal College of Nursing’s acting general secretary and chief executive, Pat Cullen, said: ‘The Government has again missed the opportunity to finally address social care in this Queen’s Speech.

‘Ignoring social care is the same as ignoring the NHS – the pandemic shows their fates are intertwined. Together, they make up a system that is desperately in need of investment – with workforce shortages the top concern.

‘The government must use the Health and Social Care Integration Bill to go much further and finally get to grips with these issues.’