EXPRESS INFORMER > News & Politics > Where have all the swallows gone? They’ve been harbingers of summer – but this year numbers are low

That dashing flight, shining blue back, and burst of twittering which sounds more like gossip than birdsong — there is no mistaking the most beautiful, agile and heart-lifting of birds, the swallow.

Swallows make one of the most thrilling journeys in the natural world, bringing hope and renewal with them. We need that hope more than ever this year, and I looked for them most keenly.

They are special to many of us, and particularly to me: following the swallows’ migration over 6,000 miles from South Africa to Britain changed my life.

This year, some have come, but reports from around the country are worrying. The British Trust for Ornithology announced this week that it has been recording very low numbers.

‘They really should be here and on their breeding grounds,’ fretted spokesman Paul Stancliffe. The Trust speculates that storms in Greece and the Aegean and, perhaps, a late, hot spring, may have delayed their return from Africa.

The wonder of these birds lies at once in the mystery that still surrounds them — and in the astounding facts we have established about their powers of flight and navigation. 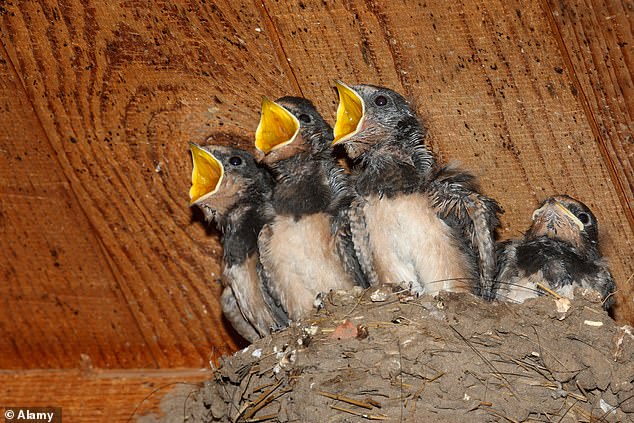 Having loved swallows since I was a child, I flew to South Africa in January 2008 and followed them on their journey to Britain. It soon became clear that I was dealing with a miraculous creature.

In the hand, the Barn Swallow, hirundo rustica, weighs little more than a full fountain pen but, twice a year, it makes a mind-boggling journey halfway round the world.

The task seems almost too enormous to be true: no wonder the 18th-century naturalist and writer Gilbert White mistakenly believed that swallows hibernated here in winter, clinging to reeds under frozen ponds.

White had noted that swallows followed his horse when he went riding. Horses and humans attract flies and other insects, which draw the birds.

Because our buildings provide nesting sites, and our presence deters their predators, swallows benefit from our company. 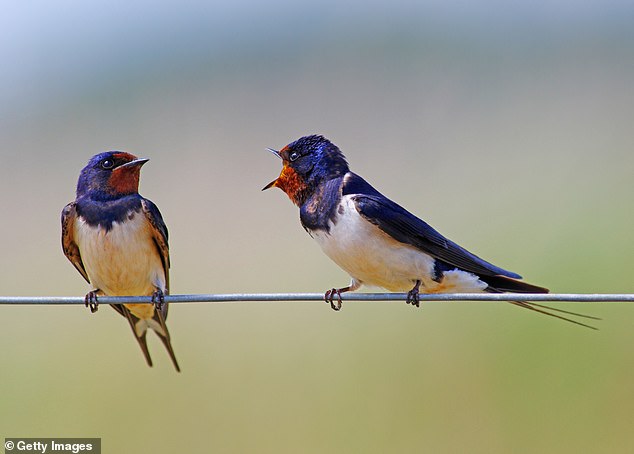 An old tradition says that a swallow nest brings good luck to a household. We surely bring luck to them — in a year of good weather, like this one, couples may raise two broods of chicks.

They have busy love lives: both parents may be unfaithful, and males have been known to destroy nests rather than raise a rival’s young.

But the thrilling way they fly, their apparent relish of fine weather, how they perch on wires, unafraid, and the way they watch us come and go, make them tremendously endearing.

Perhaps this is why the British are so fond of them: their twittering is one of the sounds of summer. Watching them rear their young is a treat for thousands of us.

Watch the way a swallow flies — with side-slips, dashes, sudden pauses and jinking dives. A master of aerial agility, the bird’s power-to-weight ratio is high. They hunt constantly in mid-air, feeding on flies and other insects.

Swallows prefer a head-wind, allowing them to change speed and direction and pause without stalling. That forked tail acts like an air-brake, giving them added lift and control at low speed.

Many swallow-lovers go to great lengths for them: I know people who have designed garage doors and outbuildings with gaps for swallows to come and go.

At the end of the summer, their preparations for departure are recorded in the last line of John Keats’s great poem To Autumn: ‘And gathering swallows twitter in the skies.’ 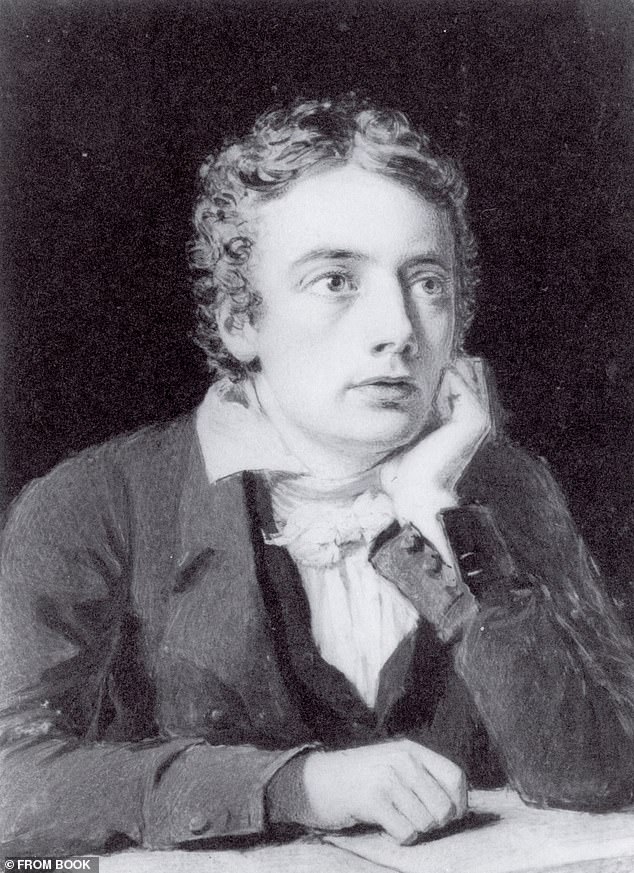 In John Keats’ poem To Autumn, he writes: ‘And gathering swallows twitter in the skies.’

At the end of summer, the birds born in Britain set out on their journey south. Swallows from as far apart as Ireland and Russia all funnel down to the same African roosts, creating huge flocks.

As they roost, their numbers befuddle predators such as peregrines, hobbies and the bat hawk, a wicked-looking raptor.

Then, in late January, the second migration — and the one I followed — begins. Twelve years ago, I took every form of transport known to man to track them, including dug-out canoes, a camel, the back of a beer truck, buses, ferries and the back of motorbikes.

But my journey was nowhere near as perilous as the birds’. Swallow mortality in the first two years of life runs at 70 per cent.

Traffic accounts for many deaths. The plunge in car use this year must have been good for them, even if low rainfall in many places will have meant fewer insects. The speed record, set by an individual ringed in South Africa and recovered in the UK, is a migration journey of less than a month — an astonishing 230 miles per day.

Different cultures on the birds’ route, I learned, have local names and myths for them.

In Zambia, swallows are called ‘Ifefelis’, meaning ‘the bird that never gets tired’.

I found one flock that numbered 1.8 million birds and looked like a dark whirlwind, and the migrating tide is led by young males, driven by instinct to fly north since the end of the last Ice Age.

They led me across Namibia and Zambia, into the forests of the Congo. I watched them flying between the pressure-waves of the Congo river, zig-zagging around explosions of water and spray. 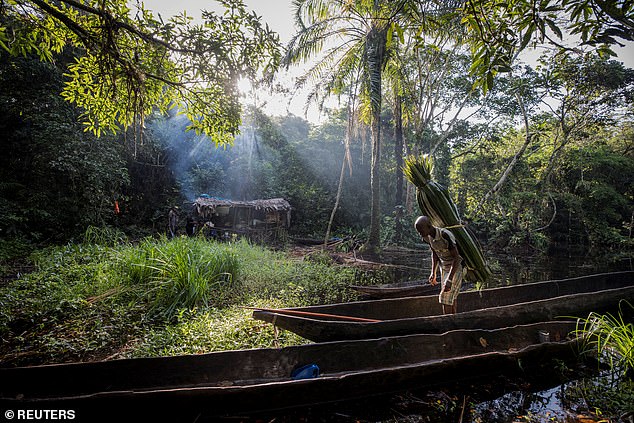 Swallows navigate by a magnetic sense, allowing them to plot their position relative to the pole. They can locate the sun through cloud, and may be able to detect ‘infrasound’. This low-frequency sound, generated by waves on the seabed, rolls inland and changes according to topography and geology.

During their arduous journey north, swallows must negotiate more danger: in some African countries, they are trapped for food on reeds coated with gum.

They fatten up to cross the Sahara — droughts in Africa this year may partly account for their decline — and need all their strength to navigate the Mediterranean.

There is little doubt this year’s storms in Greece and the Aegean killed many birds. Ancient Greek vases depict swallows as far back as 500BC; it was Aristotle who first said: ‘One swallow does not make a summer.’

But birds born in Britain are unlikely to have been affected by those tempests. Our swallows tend to cross Spain and Italy, where they are shot by hunters.

After such a long and dangerous journey, it is perhaps extraordinary that so many should make the final effort to cross the Channel into Britain.

Here, swallows were associated with Easter and the Resurrection — their red throat patch was said to mark the bird’s effort to relieve Christ of his crown of thorns.

Social media comes alive with people announcing their return, as though long-lost members of the family have reappeared. 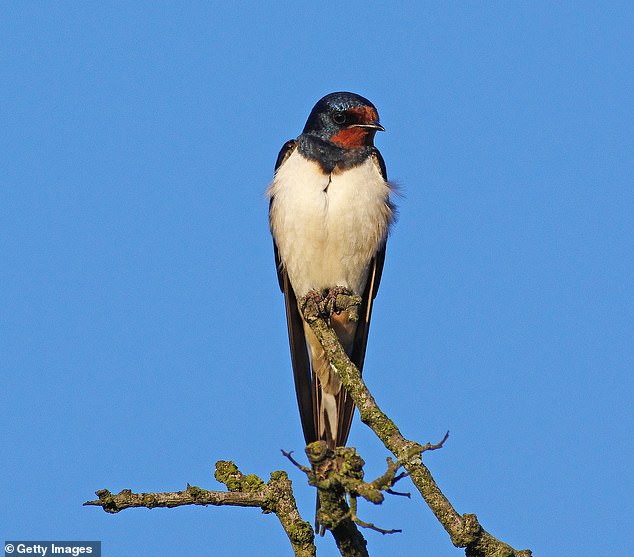 So why are there fewer swallows this year? The loss of insects has surely taken a toll. Pesticides and pollution have played their parts.

But all is not lost. Dr Angela Turner, an expert on the bird, points out that Britain’s swallow population fluctuates.

‘It was very low in the Eighties, but increased,’ she says. ‘It’s too early to say whether this decline is a blip or a continuing trend.’

Keep crossing your fingers for them. Their journey taught me that the world is more mysterious than we can know.