EXPRESS INFORMER > Business & Finances > Where do the best and worst drivers live? New study claims to reveal all

Where do the best and worst drivers live? Shrewsbury has lowest proportion of motorists with crashes on their record and Sutton the highest

Shrewsbury has the best drivers in Britain while the London Borough of Sutton has – for the second year running – the worst, says a new study.

Analysis of seven million car insurance enquiries has put in order the locations with the motorists with the highest proportion of accident claims on their record.

Fewer than one in ten main drivers hunting for a car insurance quote in 2021 in the Shrewsbury postcode flagged having made a claim for a crash in the last five years. That compares to almost one in five in Sutton.

Where do the best and worst drivers live? A new study claims Shrewsbury has the fewest proportion of motorists with crashes on their five-year record, while the London Borough of Sutton is worst for a second year running

The study, conducted by MoneySuperMarket, analysed more than 17million car insurance enquiries made on the comparison website in the previous year by driver location.

It found that just 9 per cent of car insurance enquiries by drivers in Shrewsbury featured a main driver accident claim.

Inverness – last year’s safest location – came second, with 10 per cent of drivers having admitted to having a shunt they needed to make a claim for since 2016.

The Scottish city was followed in the top order by Dorchester, Belfast, Hereford and Lladudno, all matched with 11 per cent of main drivers having claimed for accidents in the previous five years. 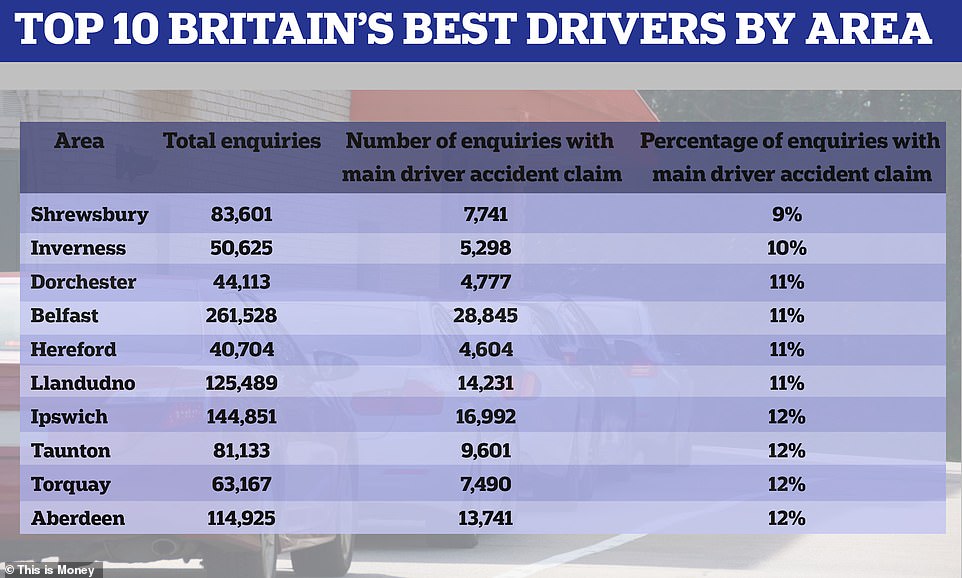 At the opposite end of the scale, the London Borough of Sutton is home to the UK’s worst drivers for the second year running.

With 19 per cent of enquiries by motorists in the postcode having a claim on their record over the previous half decade, it’s more than double the proportion for Shewsbury. 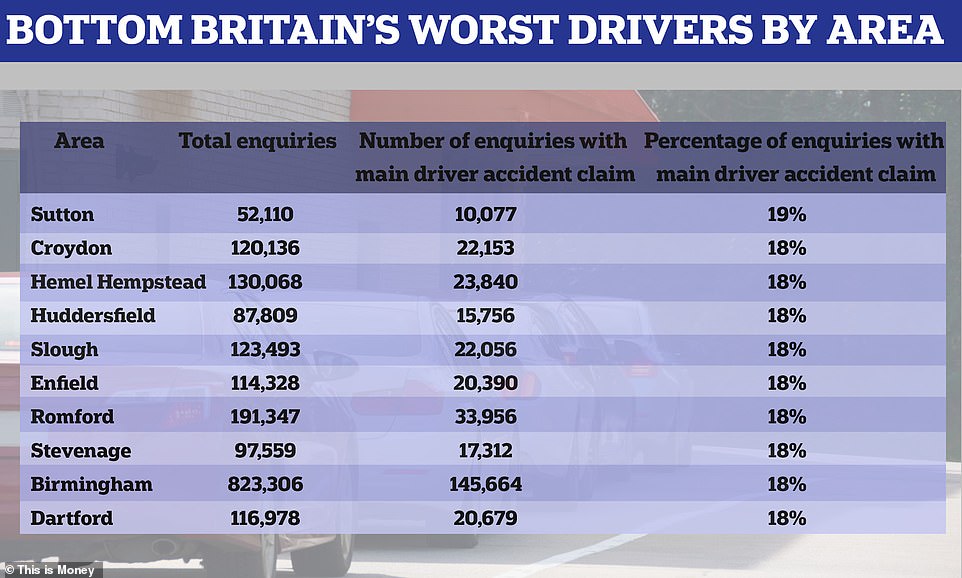 When reviewing the data age, the report found that 17 to 19 year-olds are the least likely to have an accident on their record.

MoneySuperMarket says just 4 per cent of the youngest motorists had made a claim as a main driver.

While drivers in this age group are statistically most likely to have a crash due to a lack of experience on the road, their fewer years with a licence and therefore smaller window for an accident on their record goes a long way to explain why they came out on top.

This theory is backed up by the fact that motorists aged 20 to 24 are most likely to have a main driver accident claim since 2016 – 17 per cent, according to the data collected by the comparison site. 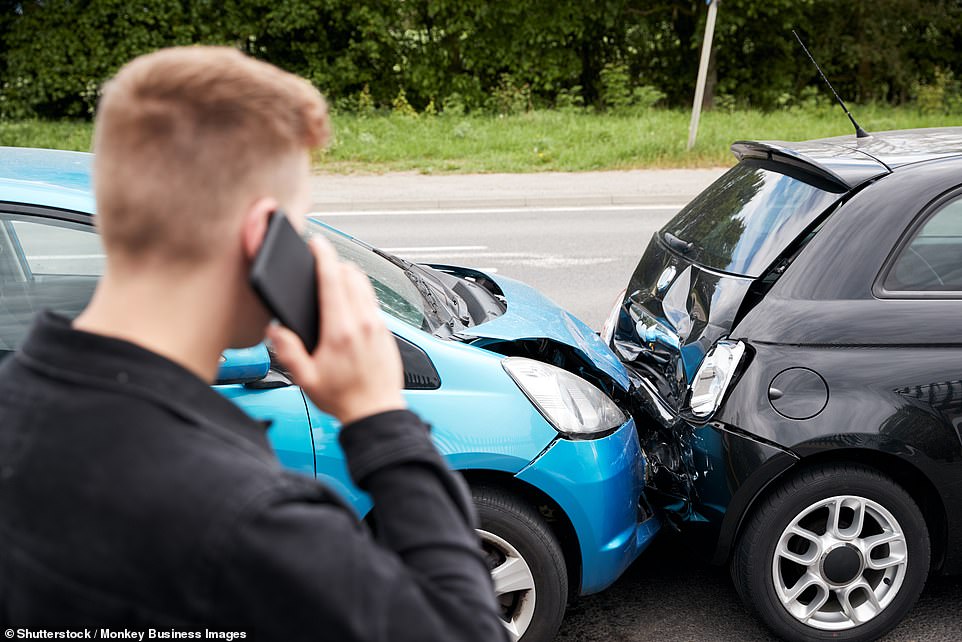 Motorists aged 20 to 24 are most likely to have a main driver accident claim on their record in the last five years, according to the data collected by the comparison site.

Sara Newell, car insurance expert at MoneySuperMarket, offered some helpful tips to help drivers get the cheapest deal when searching for a new motor insurance policy.

‘As you might expect, our research finds that drivers in built up, urban areas are more likely to have a main driver’s accident claim than those based in more rural or remote areas,’ she said.

‘Whether you live in a busy city or have a history of accidents – or both – the best way to save on your car insurance is not to let your policy automatically renew and to shop around for a cheaper deal – doing so could save you up to £3,012.

‘And if you really want to bank the best savings, purchasing your policy between 15 to 28 days before your renewal date can save you as much as 17 per cent on the price you’d pay than if you renewed closer to your policy end date.’