When Lizzy and Paul Bernthal’s daughter Rodena was just two months old, the couple appeared in a Money Mail feature about saving for your children’s future.

They told this newspaper they planned to squirrel away their child benefit payments into a pension for Rodena’s retirement.

Two decades on, they are reaping the rewards as they prepare to hand over control of a five-figure sum to the 20-year-old.

Head start: Parents Lizzy and Paul Bernthal opened a pension for their daughter Rodena in 2002 which has now grown into a £45,000 nest egg

It means Rodena, who has one year left at university, will have a £45,000 head start on most other youngsters her age, who will not begin saving into a pension until they start work. It’s little surprise, then, that children’s pensions are growing in popularity.

Account openings with Hargreaves Lansdown and AJ Bell have jumped by 32 per cent and 21 per cent respectively over the past year.

And Fidelity International’s junior pension plan numbers have trebled over the past three years. The generous tax relief they offer and the power of compound interest are clearly a big draw.

But with punishing penalties if they need to access their cash before retirement, is locking away your child’s nest egg a good idea?

You can start saving into a pension for your child as soon as they are born by opening a junior self-invested personal pension (sipp).

On their 18th birthday, this will be automatically transferred into their name and become an adult pension.

You can open an account with as little as £20 and set up a regular monthly payment or pay in one-off lump sums. Friends and family can also contribute.

The annual contribution allowance is £3,600, which includes basic rate tax relief of 20 per cent.

To earn the maximum tax relief means depositing £2,880 a year, or £240 a month. Any investment gains will be free of income and capital gains tax. 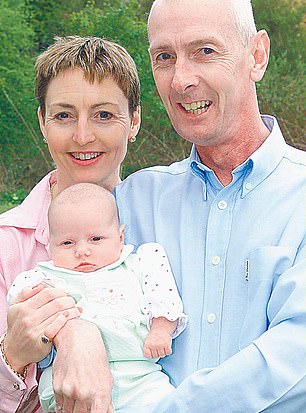 Original article: Lizzy and Paul with baby Rodena in 2002

So if you paid in the maximum amount each year until your child’s 18th birthday, they could be sitting on a pension fortune worth £668,592 when they turn 55, assuming an annual return of 5 per cent, analysis from financial advice firm The Private Office reveals.

Tom Selby, head of retirement policy at AJ Bell, says: ‘A junior sipp allows you to give your kids a massive head start on their retirement savings journey. When it comes to long-term saving the mantra is the earlier you start, the easier it is.’

Lizzy and Paul, from Bromsgrove in Worcestershire, set up the pension for two-month-old Rodena in 2002.

They later switched it to Hargreaves Lansdown, their own investment platform, and set up a monthly standing order of £80 —roughly how much they received in child benefit.

‘We were lucky that we didn’t need to rely on the child benefit so we thought about how we could get the best return from the money for our daughter,’ says Lizzy, 60, a resilience and confidence coach.

‘At the time there was a lot of talk about starting to save into a pension as early as possible. You can’t get much earlier than right after you’re born.’

When the child benefit rules changed in 2013 for high-earning households, they stopped claiming the payment and made an annual deposit of £2,880 instead from their own earnings.

The couple had considered opening a junior Isa but decided it would be too easy for Rodena to access the money when she was older. 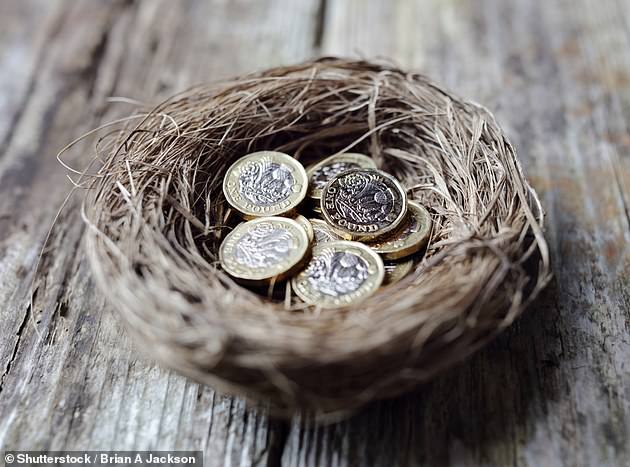 The couple recently moved the pension to AJ Bell, which is weighted towards UK investments but includes some global funds.

Now that Rodena, who is studying sport and physical education at Oxford Brookes University, is an adult, Paul and Lizzy will stop contributing.

Paul, 69, a retired army biomedical scientist, says they will teach her how to manage the funds.

Rodena says: ‘I am thrilled to have a pension and I am so grateful for my wonderful parents who had the foresight to start this for me so soon after I was born.

‘They have demonstrated to me the power of saving for my future so early and I look forward to continuing this to secure the financial benefit when I am older.’

Before choosing a pension for your child, compare platform fees as well as individual share and fund dealing charges.

Also speak to your own pension provider to find out if they offer discounts for family-linked accounts.

Daniel Blandford, chartered financial planner at The Private Office, adds: ‘Mum and Dad might like playing with the stock market but they need to be mindful of how easy the portfolio of investments will be to manage for their child.’

However, as property prices and university fees soar, parents who want to give their child a head start may prefer a junior Isa instead.

If you dip into a pension before the age of 55, unless you are seriously ill, there is a 55 per cent tax charge.

But you can save up to £9,000 a year in a junior Isa, which can be accessed by the child when they turn 18 with no penalty.

There is no tax relief top-up but there will be no tax owed on any gains. A junior Isa and sipp can be held at the same time.

Parents should also ensure they have paid enough into their own retirement savings before putting money aside for their children.