The NBA draft is tonight

Like other leagues’, it’s taking place virtually this year, starting at 8 p.m. ET. Here are some things you should know about it, including the Canadian connections:

The Minnesota Timberwolves have the No. 1 pick.

They had the third-worst record last season but won the draft lottery back in August. The No. 2 spot belongs to an unusually strong team: the Golden State Warriors, whose 2019-20 season was ruined by injuries to stars Klay Thompson and Steph Curry but are back to being a title contender now that they’re healthy. Charlotte has the third choice.

It’s not the best year to have a high pick, though, because…

Unlike last year, when everyone knew that generational talent Zion Williamson would go No. 1 and Ja Morant was a pretty easy call at No. 2, the risk of taking a bust at the top of the draft is high.

The flashiest option is point guard LaMelo Ball. Like his brother Lonzo, who plays for New Orleans, LaMelo has the size and ball-handling skills to become an NBA star. Unfortunately, he also shares a couple of negatives with his brother: he can’t shoot and some teams would rather not deal with his dad, LaVar Ball, who became a minor celebrity a few years ago by appearing on basically every sports talk show known to man and trying to launch his own shoe brand. Some people are also turned off by the fact that LaMelo opted to play pro ball in lower-level overseas leagues rather than go to a top U.S. college.

If Minnesota sees too many red flags in Ball, it could go with one of the other consensus top-three prospects. Those are versatile 7-foot-1 centre James Wiseman from the University of Memphis and super-athletic wing Anthony Edwards from the University of Georgia. It seems like the T-wolves are leaning toward Edwards because he’s become the betting favourite.

It’s not a good year for Canadians.

Last year, a record six were taken in the two-round draft. That included RJ Barrett going third overall to the Knicks and Nickeil Alexander-Walker (now with New Orleans), Brandon Clarke (Memphis) and Mfiondu Kabengele (L.A. Clippers) also getting picked in the first round.

This year, it’s highly unlikely a Canadian gets taken in the first round and quite possible that none are drafted at all. The country’s most highly regarded prospect is Karim Mané, a 6-foot-6 guard who seems to have the physical tools to make it in the NBA but hasn’t really played anyone. Despite being recruited by several top U.S. schools, Mané chose to stay at Montreal’s Vanier College, where he spent the last three seasons.

If none of the Canadians who declared for the draft get picked, they can take inspiration from Montreal’s Lu Dort. He went undrafted last year but signed with Oklahoma City and quickly became a fan favourite with his high-energy play. Dort scored a career-high 30 points in Game 7 of OKC’s playoff series vs. Houston.

The Raptors actually have a first-round pick.

It’s their first since 2017, but it’s not a great one: 29th overall. President Masai Ujiri and his staff have a history of finding diamonds in the rough, though. They grabbed OG Anunoby with the 23rd pick in ’17, and Pascal Siakam with the 27th a year earlier. Toronto also has the No. 59 selection this year, which is the second-last in the draft. 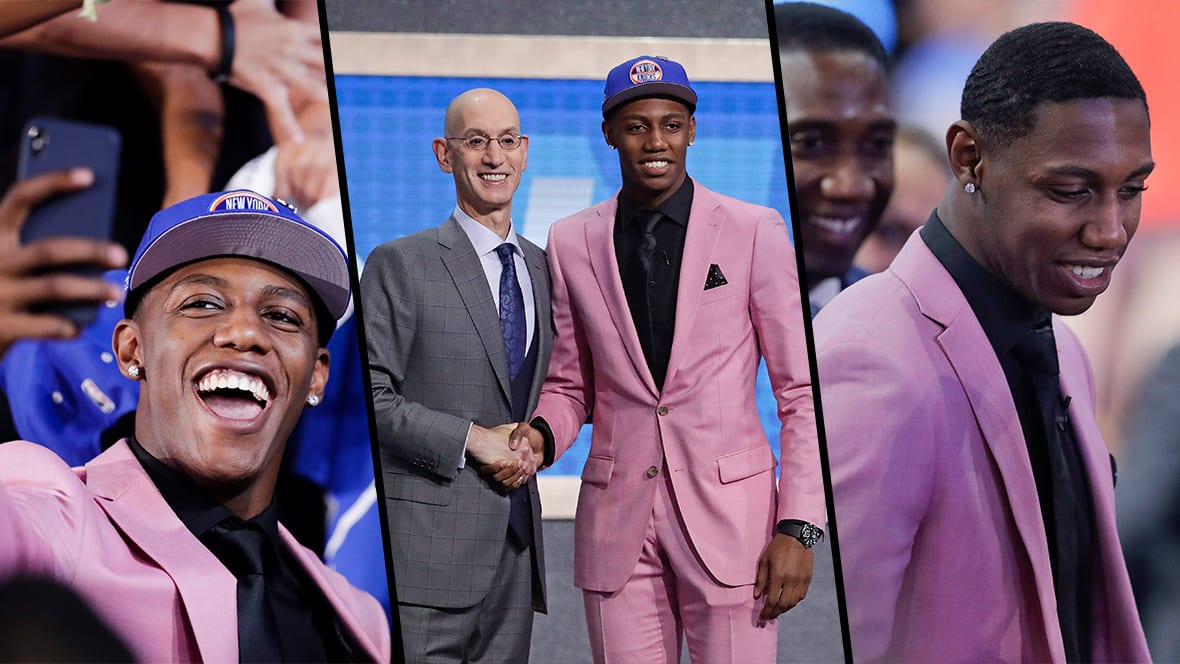 Just over one year ago RJ Barrett was drafted 3rd overall to the New York Knicks. Jevohn Shepherd catches up with RJ and his father Rowan to reflect on that night. 2:52

New York Mets star Robinson Cano got banned for the entire 2021 season. The second baseman tested positive for a performance-enhancing drug for the second time, triggering an automatic 162-game suspension from Major League Baseball. He got 80 games in 2018 after testing positive for a diuretic while with Seattle. This time it was the steroid Stanozolol. Cano, 38, batted .316 with 10 homers in 48 games this season for the Mets. He has two years left on his 10-year, $240-million US contract. This suspension will cost him his entire 2021 salary of $24 million.

The NBA released more details about how the upcoming season will work. We already knew it will start Dec. 22 and each team will play 72 games. Last night, the league announced that everyone will play the teams in its own conference three times each, and teams in the other conference twice each. At the end of the regular season, a play-in tournament will decide the final two playoff spots in each conference. First, the seventh- and eighth-place teams square off in a one-game showdown for the No. 7 playoff seed. The loser faces the winner of a game between the ninth- and 10th-place teams for the No. 8 seed. The NBA is still working on the regular-season schedule, the first half of which will be released sometime around the start of training camps in early December. The second half will come out later, so that the league can add any postponed games. The regular season ends May 16, and the Finals could go as late as July 22 — just one day before the Tokyo Olympics begin. That could make it tough for players who go deep in the playoffs to participate in the Olympic tournament and/or the qualifiers before it. Canada’s qualifier is June 29-July 4 in Victoria. Read more about the NBA sked and how it might impact the Olympics here.

The Florida Panthers hired the NHL’s first Black assistant GM. Thirty-nine-year-old Brett Peterson got the job yesterday after spending the last decade-plus as a player agent — including time with the agency founded by Panthers GM Bill Zito before Zito became a team executive. Before that, Peterson played five seasons in the minor leagues and won a U.S. college national championship with Boston College. Read more about Peterson and his hiring here.

Remember Marty McSorley’s devastating illegal-stick penalty in the 1993 Stanley Cup final? Kelly Hrudey sure does. He was the L.A. Kings’ goalie, so when his teammate got sent to the box for having too big a curve with 1:45 left in Game 2, it put even more pressure on Hrudey to preserve L.A.’s one-goal lead. A win that night at the Montreal Forum would have put the Kings up two games to none with the series heading back to California. But Habs defenceman Eric Desjardins beat Hrudey for the tying goal on the power play, then completed a hat trick in overtime. Montreal went on to win the next three games (two of them in OT) to take the series, and that’s the closest Hrudey ever came to the Cup. In the latest edition of Rob Pizzo’s wonderful I was in net for… video series, Hrudey opens up about what he calls his “worst memory in hockey” — including how and why he used an illegal stick himself: 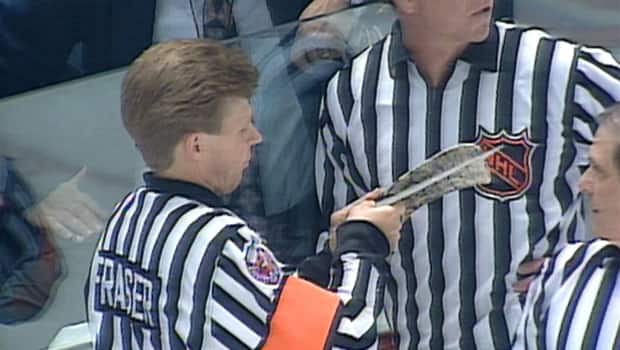 In episode 4 of our new series, Rob Pizzo speaks to former LA Kings goalie Kelly Hrudey about the infamous Marty McSorley stick penalty that sparked a comeback victory for the Montreal Canadiens in the 1993 Stanley Cup Final.   8:07