EXPRESS INFORMER > Business & Finances > What should investors do if they want to protect their portfolios?

What should investors do if they want to protect their portfolios against the storm of base rate hikes?

By Robert Jackman For The Daily Mail

For most investors, last week’s base-rate rise was meant to be smooth sailing.

All signals were pointing to the Bank of England opting for another increase — and markets had priced in their reactions.

But by the time the Monetary Policy Committee met on Thursday, the FTSE 250 had already fallen 4.36 per cent.

Global slump: World markets tumbled by more than 4% last week after central banks around the world raised rates in a bid to curb runaway inflation

For all the Bank’s efforts to calm nerves, markets had been thrown by much bigger news from the world’s biggest central bank — the U.S. Federal Reserve — which had opted for its steepest rate rise in nearly three decades, at 0.75 per cent.

Then came the news that Switzerland’s central bank was raising rates for the first time in 15 years, by 0.5 percentage points.

The combined shock sent world markets tumbling by more than 4 per cent.

For bruised investors, it was another sign that we have officially entered a ‘bear market’ — a market in decline.

‘Raising rates looks like an increasingly blunt tool, given that many of the factors causing inflation are beyond banks’ control,’ adds Myron Jobson, of the Interactive Investor platform.

‘The war in Ukraine, China’s ‘zero Covid’ policy and supply bottlenecks are all contributing to rising prices.’

For many experts, the overall picture adds up to a rapidly different landscape for investors – one which may be here to stay. 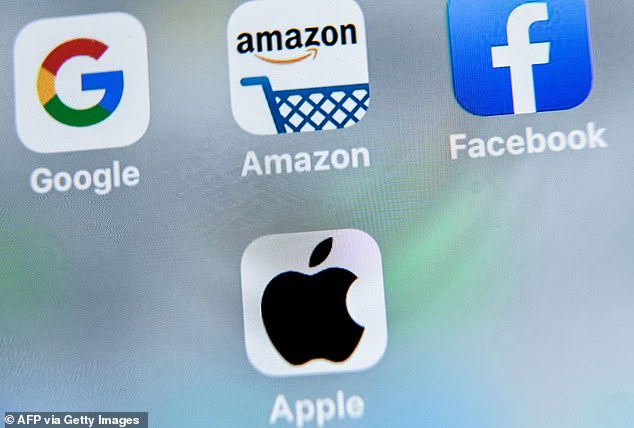 Much of the sell-off to date has been in the U.S. tech sector, where excessive valuations – based on the expectations of future earnings – have fallen sharply

‘After a decade of benign inflation, ultra-low interest rates and monetary stimulus, we are entering a different world for investors,’ says Mr Hollands.

Much of the sell-off to date has been in the U.S. tech sector, where excessive valuations — based on the expectations of future earnings — have fallen sharply.

Former portfolio darlings Tesla and Amazon are down 45.80 per cent and 37.66 per cent year to date.

Yet with global growth flatlining — and the threat of a full-blown recession on both sides of the Atlantic — pessimism is spreading to other sectors. So what should investors do if they want to protect their portfolios against the storm?

‘Sectors to consider are consumer staples — things people will buy irrespective of the health of the economy — as well as healthcare and financials,’ says Mr Hollands.

‘Other areas to consider include infrastructure as well as defence stocks.’

TB Evenlode Income focuses on FTSE companies with high overseas earnings, including Unilever, Diageo and Reckitt Benckiser. Over a five-year period, it has returned just under 25 per cent, turning £10,000 into £12,469.