EXPRESS INFORMER > Science & Technology > What is Parler? And why does Kanye West want to buy it?

Kanye West has formally notified Gap that he is terminating their partnership.

The artist’s lawyers sent a letter to the company on Thursday, September 15 to notify them of the termination, according to The Wall Street Journal.

The letter alleged that Gap breached their agreement by not releasing apparel as planned, or opening stores.

The contract with Gap, signed in June 2020, is good for for another eight years.

Drama: Kanye West has formally notified Gap that he is terminating their partnership

The Yeezy Gap merchandise already available in stores will remain there and still be available for purchase, per the letter.

It also said that the company was required to sell 40% of the Yeezy Gap merch in stores during the latter part of 2021.

Only one item from the collection went on sale last fall, and it was only available online and not in a store.

No Yeezy Gap store has opened yet; the company was required to open five retail shops by July 31, 2023.

The Yeezy Gap by Balenciaga merch debuted in stores in July with more coming this fall.

Merchandise made in collaboration with Balenciaga for Gap will not be affected.

Three months after he signed the deal, Kanye threatened to withhold his line unless he got a board seat.

In August, Kanye criticized Gap and spoke to its executives directly: ‘You have to really give me the position to be Ye and let me do what I’m thinking, or I have to do the thinking somewhere else.’

That same month, Kanye came under fire after he made the decision to display his new Yeezy line in garbage bags at GAP stores after critics complained that he was mocking homeless people.

The rapper told FOX News’ Eric Shawn at the time that he was just trying to challenge conventional traditions in the way we dress and make clothing that’s more egalitarian and not pretentious.

‘I’m an innovator and I’m not here to sit up and apologize for my ideas,’ Kanye said. 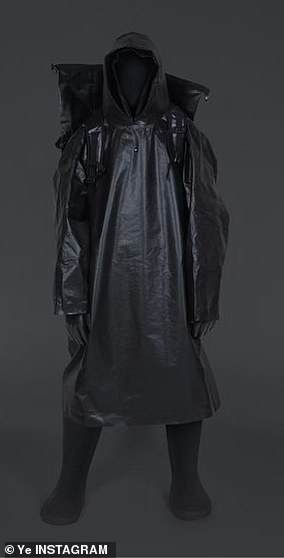 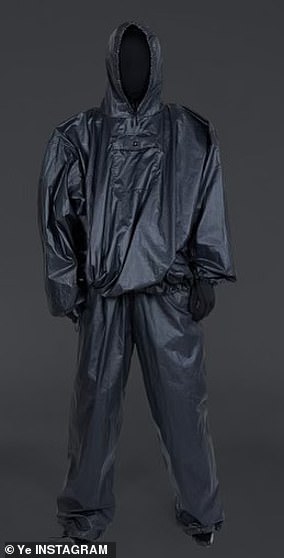 He also pointed out that the bags are not ‘garbage’ bags but actually construction bags and the reason for the bags is so people can informally reach in and grab what they want to buy – adding that the goal is to make life easier and informal so we can all, basically, dress in the dark.

Twitter users expressed confusion over his bizarre vision after photos were posted of his clothing stuffed in large black bags, rather than on hangers or neatly folded in piles.

The father-of-four sparked controversy for saying on his Instagram account that inspiration behind his fashion label, Yeezy, was ‘the homeless.’

In January, a Yeezy GAP spokesperson told The Post: ‘Ye has a deep and solution-oriented commitment to addressing issues surrounding homelessness.’

In November 2021, Kanye met with charitable organizations and came up with strategies in an attempt to ease the rampant problem in the city, according to TMZ. 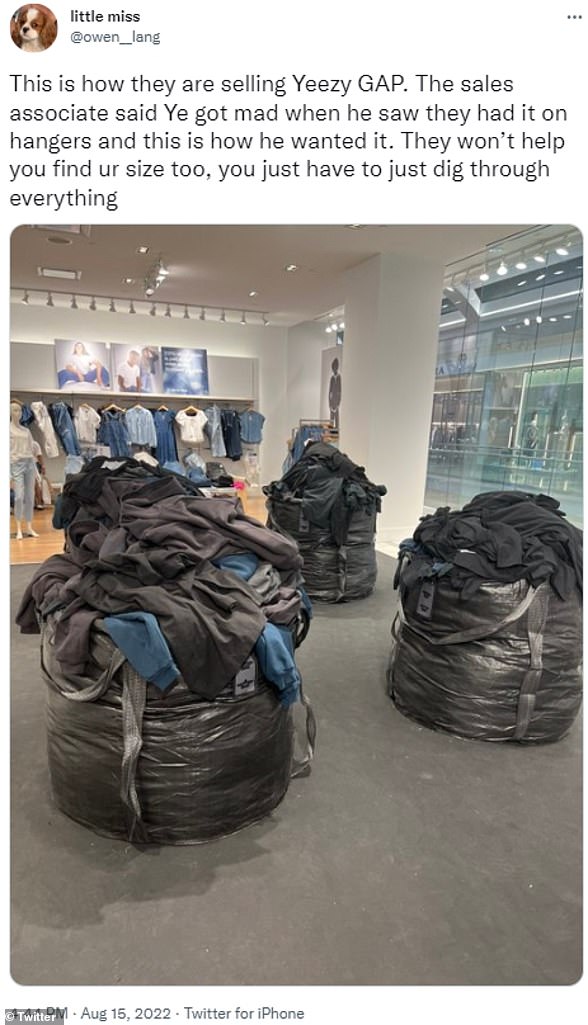 Kanye West has been roasted on social media after fans complained that his new Yeezy line for GAP has been displayed in trash bags, at the rapper’s own request

Earlier this month, Kanye accused Adidas of seizing creative control over the Yeezy brand and stealing his design ideas to produce shoes similar to his Boost trainers.

He also claimed that the shoe company ripped off his design for slides.

‘No one should be held in that position where people can steal from them and say we’re just paying you to shut up,’ he told Bloomberg. ‘That destroys innovation. That destroys creativity. That’s what destroyed Nikola Tesla.’

He’s hammered Adidas executives with a series of mocking Instagram posts until, he claims, his lawyers stepped in and asked him to stop.

In some of the posts, he superimposed Adidas executive Daniel Cherry’s head on another person’s body and created mocking videos of the corporate leader.

The rapper wrote the caption: ‘I’m not here to be liked I’d you don’t like it leave’ [sic], he said. 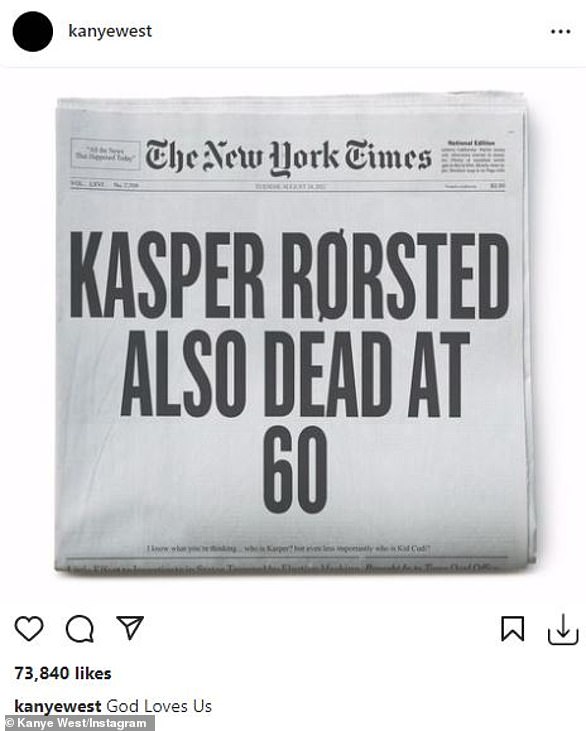 Weeks prior, Kanye posted another fake NY Times newspaper front page announcing the ‘death’ of Pete Davidson and Kim Kardashian’s relationship – after they had split.

He later reposted it and put a new caption: ‘God loves Us;’ it is still up on his Instagram page.

Soon after, Kanye posted a snap of Daniel Cherry, who is the SVP/General Manager of Adidas.

Earlier this month – after nearly a decade of collaborating together, Kanye fired a shot at Adidas for ‘blatant copying’ of his Yeezy slides.

West fired a direct shot at Kasper, stating, ‘To Kasper I’m not standing for this blatant copying no more.’

‘To all sneaker culture To every ball player rapper or even if you work at the store This is for everyone who wants to express themselves but feel they can’t cause they’ll loose their contract or be called crazy,’ he continued.

Adidas first unveiled their new Adilette slides earlier this month, which will retail at $55, and the 45-year-old rapper is none too happy about it. 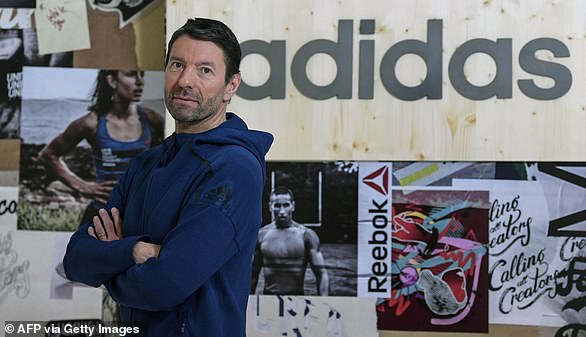 Earlier this month: West fired a direct shot at Kasper, stating, ‘To Kasper I’m not standing for this blatant copying no more;’ Kasper seen March 14, 2018

‘These shoes represent the disrespect that people in power have to the talent. This shoe is a fake Yeezy made by adidas themselves I’m not talking to DC about this either Kasper come talk to me. Happy Monday,’ West concluded.

West and Adidas’ apparel and shoe deal was first announced in December 2013, with the first collection dropping in February 2015.

That line included his first shoe dubbed Yeezy Boosts, which were limited to just 9,000 pairs available only in New York City… which sold out in 10 minutes.

Adidas first unveiled their new Adilette slides earlier this month, which will retail at $55, and the 45-year-old rapper is none too happy about it.

West took to Instagram, blasting the shoe company and CEO Kasper Rorstad for the slides, which he dubbed, ‘fake Yeezys.’ 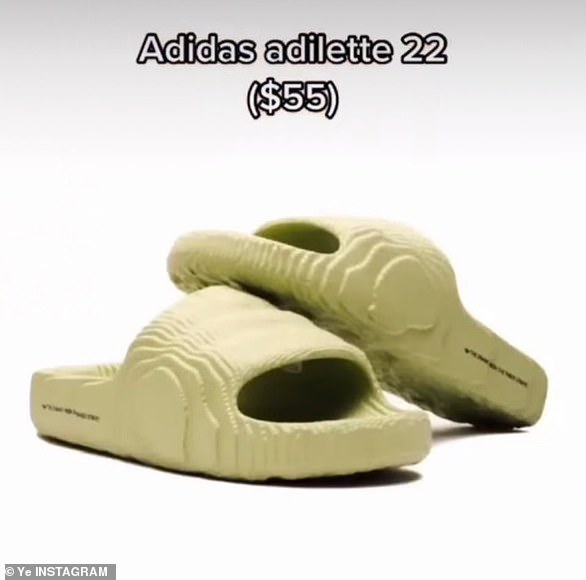 Fake Yeezys: Earlier this month, Kanye took to Instagram, blasting the shoe company and CEO Kasper Rorstad for the slides, which he dubbed, ‘fake Yeezys’ 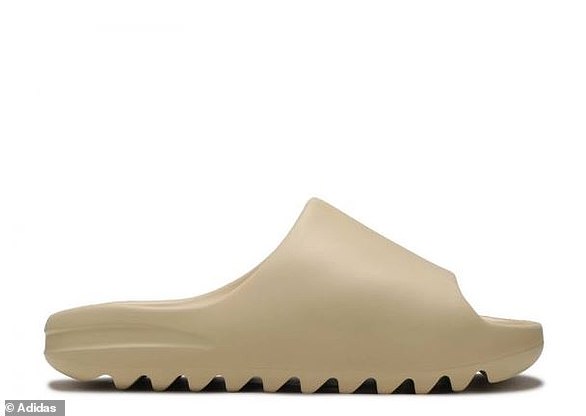 Ye also went after JPMorgan Chase, where he holds much of his money after switching from a small Wyoming bank, for not backing him in his war against the popular clothing brands.

‘I’ve went to JP Morgan but of course they won’t give me no deal flow cause Jin(g) Ulrich is on the board of both Adidas and JP Morgan. What shoe company will give me control. I need to be the head of the board and chief decision maker,’ he posted.

Jing Ulrich is the Chase vice chair of investment banking.

Ye also tried to get banking titan Jamie Dimon on the phone, but was ghosted by the financier.

‘I feel like there’s a lot of controlling and handling to suppress my ability to affect the American economy and industry,’ the rapper said of Chase.