In the last decade, the independent This is Money savings best buy tables have been dominated by challenger banks – many of which are not household names.

Savers keeping a keen eye on the best rates of late may have noticed one provider in particular.

Shariah-compliant: Gatehouse Bank follows the laws and rules of Islam. This includes not funding businesses that cause ‘harm’, such as alcohol, tobacco or gambling

The bank is home to the best-paying fixed rate deal currently available. Its five-year deal pays 5.1 per cent interest.

Savers can either apply directly through Gatehouse Bank’s website or via the savings platform Raisin UK.*

However, table-topping savings rates are not the only reason why savers may want to give this little-known bank a second look.

We answer some common questions about the bank, including how many customers it has, and what being ‘Shariah-compliant’ really means.

What is Gatehouse Bank, and how many people use it?

Gatehouse is a Shariah-compliant challenger bank founded in 2007 and has offices in London, Milton Keynes and Wilmslow, Cheshire.

It forms part of the Gatehouse Financial Group of companies and is authorised by the Prudential Regulation Authority and regulated by the PRA and the Financial Conduct Authority.

On top of savings products, the bank offers a range of services, including financing towards home purchases and buy-to-lets.

It has also invested in three build-to-rent property ventures since November 2014, providing funding for thousands of new homes across the UK.

Although it is far from being a household name, Gatehouse has reached some important milestones this year.

The Bank received its first investment grade rating from credit ratings agency, Moody’s. In addition, it surpassed £1billion in financed assets for the first time.

It also launched its first mobile app for savers, which This is Money tried and tested earlier this year, listing it among our favourite savings apps in the process.

What’s behind its ‘ethical’ claims?

On top of offering a range of market leading deals, Gatehouse puts itself forward as an ‘ethical’ choice for savers.

It was named as the ‘Best Ethical Savings Provider’ at the 2022 Moneynet.co.uk personal finance awards for the third year in a row.

This is partly because it is offering a range of fixed rate deals and fixed rate cash Isas designed to help grow woodlands across the UK.

For every one of these accounts opened or renewed, the bank promises to plant one tree. To date, it has planted more than 17,000 trees on behalf of customers. 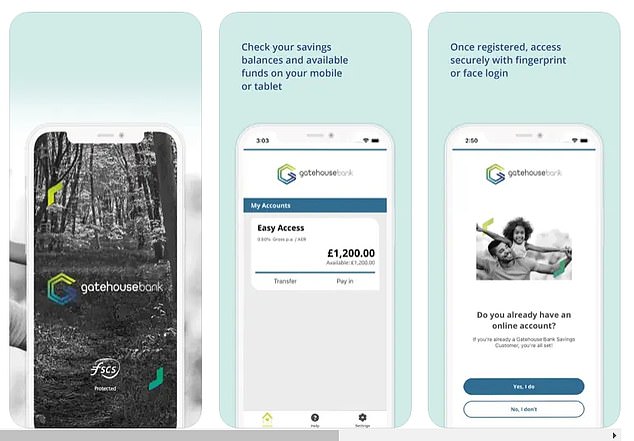 Eco-conscious: Gatehouse Bank is offering a range of fixed rate deals designed to help grow woodlands across the UK

What does Shariah-compliant mean?

As a Shariah-compliant bank, Gatehouse follows the laws and rules of Islam and is guided by Islamic economics.

Core Islamic principles include, not charging interest to borrow money and not paying interest on savings accounts.

Rather than listing interest rates, Sharia savings accounts therefore list how much profit savers earn through an ‘expected profit’ rate – though the outcome for savers is the same.

Money invested in a Shariah bank cannot be used to fund businesses that cause harm, such as alcohol, tobacco or gambling.

Just like any other fully-authorised and regulated UK bank, deposits held with Gatehouse are backed up by the Financial Services Compensation Scheme.

‘This involves changing misconceptions around Shariah-compliant finance, as our products are available to everyone, of all religions and none.

‘There is no doubt that we have more work to do to ensure savers understand what being Shariah-complaint means and how our approach and terminology differs from conventional banks.’ 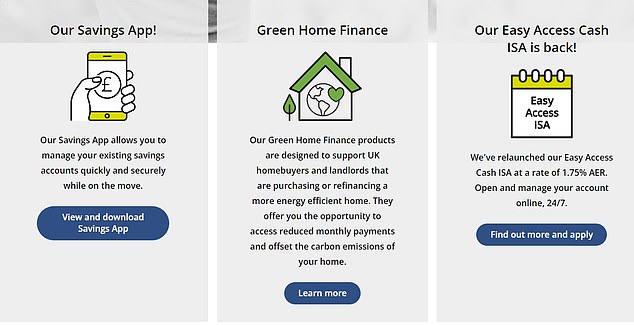 However, according to Kumar it is these very same Sharia principles coupled with its green focus and table topping savings rates that sets it apart from other savings providers.

‘We aim to be an ethical bank and are one of the very few UK Shariah-compliant banks,’ says Kumar.

‘Subsequently, we do not invest in industries, which are deemed harmful to society, such as arms, tobacco, or gambling.

‘We look to offer competitive and innovative products, such as the Woodland Saver accounts, which plant a tree for every account that is opened or renewed.

‘The relationship we have with our savers is also testament to our competitive products and high-level customer service.’