EXPRESS INFORMER > Business & Finances > What is capital gains tax and how would rumoured Government changes impact you?

Fears are mounting over Government plans to raise taxes on capital gains and dividends.

According to reports, the Treasury is mulling over a range of fresh tax tweaks in an effort to fill the £50billion black hole in Britain’s finances.

Following the Bank of England’s base rate hike this week, the Chancellor Jeremy Hunt stressed that tough decisions lie ahead, suggesting tax hikes may be in the offing.

Tax hit: Many are fearing that the government will hike certain taxes or remove certain tax exemptions on the day of the Autumn statement on 17 November

Hunt said: ‘The best thing the Government can do to bring down these rising interest rates is to show we are bringing down our debt.

‘Families up and down the country have to balance their accounts at home and we must do the same as a government.’

We consider what is being mooted ahead of the Autumn Statement on 17 November and what the implications might be for Britons.

Rumours are circulating that Hunt is looking at tinkering with Capital Gains Tax, including the possibility of changing the reliefs and allowances on the tax or increasing the tax rate altogether.

Shaun Moore, tax and financial planning expert at Quilter said: ‘The Government has been fairly open that it has a significant financial black hole to fill, and it is prepared to make tough decisions in order to fill it.

‘Tinkering with CGT might be an option as it is only paid by the minority of taxpayers, but this will depend on how far they go.’

What is Capital Gains Tax?

Capital Gains Tax (CGT) can be charged on any profit someone makes on an asset that has increased in value, when they come to sell it. This could be when selling a second home or company shares for example.

Britons are only required to pay CGT if the gain they make exceeds their £12,300 tax-free allowance in a single tax year. If this allowance is breached in a given tax year, they will be liable to pay it. 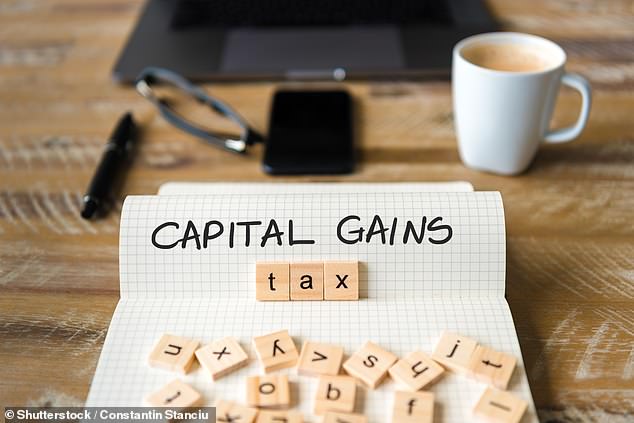 A cut in CGT reliefs and allowances are reportedly the most likely to be given the green light. However, Treasury officials have also not ruled out a potential increase in the CGT rate due to the scale of the deficit.

However, when selling a main home people are entirely shielded from this by what is known as principal private residence relief.

Top tips to save on CGT

1. Use your annual allowance of £12,300. It’s ‘use it or lose it’ so you can’t carry it forward to future tax years if not fully utilised.

2. Most assets can be transferred tax-free to spouses or civil partners, so it may be worth transferring to the individual who pays tax at a lower rate or who has more allowance to use.

3. Offset your losses against your gains. For example, you may have some underperforming shares which you can sell at a loss to then offset against gains made on your better performing investments.

4. Reduce your taxable income. The rate at which you pay Income Tax denotes which rate you pay for Capital Gains Tax.

5. Make investments in Isas as any gains are tax-free.

6. Spread gains over several years to make the most of the yearly allowances and lower tax brackets.

It’s also worth noting that crypto assets such as bitcoin are also charged CGT at this rate.

CGT is added to someone’s normal income to decide the tax rate it is charged at.

So, even if someone is a basic rate taxpayer, the impact of a sizeable capital gain is likely to push them into the higher rate.

The two most likely ways that the Government will target CGT are either by reducing the CGT exempt amount (currently £12,300) or aligning CGT rates to income tax.

Shaun Moore of Quilter said: ‘Of the two options, aligning the bands is most lucrative for the treasury.

‘There is a property surcharge currently of 8 per cent which may or may not be retained if rates aligned although one imagines the surcharge might go if the rates increase across the board.

‘The alignment of rates would mean they at least double for all tax bands. Whilst it is hard to say the exact amount of revenue this would secure, you could go so far as estimating twice the tax take, which is currently close to £14billion.

‘As always, it isn’t that simple, some pay a reduced rate of 10 per cent on business assets and some pay the 8 per cent surcharge on property already but it could easily bring in significant amounts.’

What would this mean for investors?

In short, investors with money outside a pension or Isa would face a tax hike on any gains.

Sarah Coles, senior personal finance analyst at Hargreaves Lansdown says: ‘It would cause a real headache for anyone who holds their portfolio in order to make income within tax wrappers and capital gains outside them.

‘At the moment, this protects their investments from the higher rate of tax, but a hike in CGT could reverse this process and force a major rethink.

‘There’s a real risk that it encourages investors to hang onto investments for life.

‘Passing them in their will could raise the issue of inheritance tax, but they have allowances to take advantage of, and at the point where they pass away, capital gains are reset to zero for tax purposes.’

What about buy-to-let landlords?

For property investors, a capital gains tax hike will likely cause the same issues – but they could feel the impact even more acutely.

‘At least with stock market investments you can realise your gains as you go along, to take advantage of your allowance each year,’ says Coles.

‘With property, you realise all the gain at once, so you can’t do this. It’s would mean an awful lot of wealth might be trapped in property for life.

‘Fewer property sales would make life harder for buyers, and could mean certain types of property are taken off the market for decades for tax reasons.’

Another option reportedly being mooted is the removal of Principal Private Residence Relief – the tax relief that shields homeowners from CGT when selling their main home.

If axed, this could result in all homeowners becoming liable for any house price gains they have enjoyed to date on their own home when they come to sell.

This would therefore likely prove deeply unpopular with millions of Britons. However, according to professional buying agent, Henry Pryor, it could work if introduced with certain caveats, such as scrapping stamp duty at the same time.

‘A tax on unearned income might seem like an easier sell to voters than say a cut to Universal Credit or increased duty on petrol but it would sting a bit.

‘The fact that it already applies to second home owners and to landlords suggests that the world wouldn’t stop turning if it were removed.

Whispers in Westminster of removing the Capital Gains Tax exemption for principle residence that could net @hmtreasury £30bn a year.

Pryor adds: ‘The Government could base the gain on the value of the property in 2022 to avoid stressing people who bought years ago and it could be introduced at the same time as scrapping Stamp Duty Land Tax which many think is overdue.

‘If removed carelessly then it could knock the market and have an adverse impact on both prices and sale volumes but at the same time it might actually bring an end to boom and bust.

‘People could still improve homes to add value just as they can to second homes but the Government might expect at least 8m people who rent a property to vote to end this expensive tax give away.’ 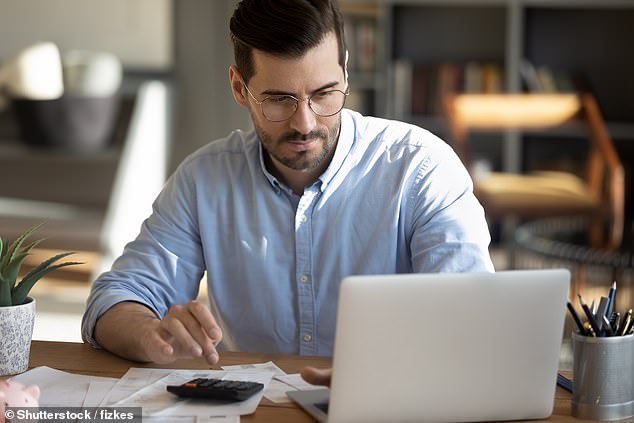 Using an Isa means you have no tax to pay on any dividends, growth, interest or income you get from your investments.

What about taxing dividends?

Dividend tax is chargeable on dividends people receive from investing in shares outside of an Isa.

If rates are hiked or the tax-free allowance is dropped, it will hurt many investors who rely on dividend payments from shareholdings to supplement their income.

Coles says: ‘This could cause problems for anyone who holds investments outside an Isa or pension.

‘At the moment, if they have too many investments to shelter them all in an ISA, they can structure their portfolio to take advantage of the £2,000 dividend allowance.

‘The disappearance of this would mean all their dividends outside tax wrappers are taxed, and it becomes a highly tax inefficient way to hold investments.

It will also deal a blow to the many small business owners who pay themselves through dividends as an alternative to a salary that would be subject to Income Tax.

‘It would also be a major headache for people who own their own business and pay themselves in dividends,’ adds Coles.

‘They are already paying a higher rate of dividend tax this year – up 1.25 percentage points.

‘And whereas people paid via PAYE are seeing the 1.25 percentage point rise in NI reversed this month, there’s no matching cut for dividend taxes. Hiking them further would add insult to injury.’

What is the tax on dividends?

On top of the £2,000 allowance, it’s worth noting that at present, Britons don’t pay tax on any dividend income that falls within their Personal Allowance (the amount of income they can earn each year without paying tax). 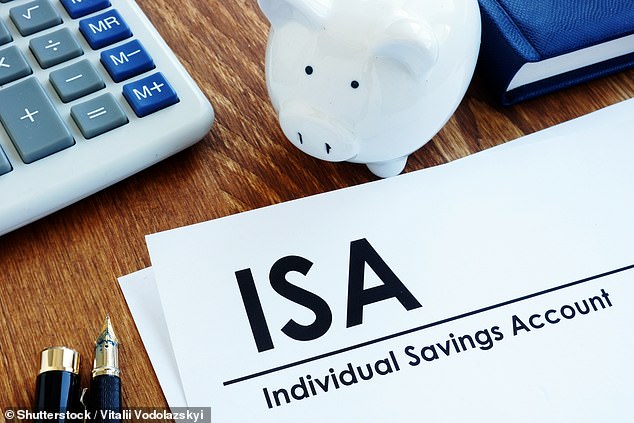 The tax protector: You can think of an Isa as a shield that protects your savings or investments from being subject to taxation

Moore says: ‘If Sunak and Hunt want to reduce the allowance this will mean you have to pay more tax on any dividends you receive and the amount ratchets up depending on what tax band you are in.

‘If the Government chose to scrap the dividend allowance altogether then a basic rate tax payer will end up paying £175 in tax on their dividends.

‘Dividends are a popular way of creating a regular income from investments and therefore reducing the allowance or scrapping it altogether could end up meaning those who rely on dividends for the bulk or all of their regular income will see this taxed at a much higher level.’