The huge dating mistake thousands are making that makes you look ‘generic’ and ‘boring’: ‘It’s way worse than a typical red flag’

An Australian relationship coach and matchmaker has shared the massive mistake singles are making when dating.

While most people watch out for ‘red flags’, Louanne Ward, from Perth, said to be on the lookout for ‘beige flags’ which she dubbed a ‘boring’ personality trait.

‘If you’re beige you’ve been labelled unexciting, boring, generic and uninspiring, which in effect is a red flag for modern daters,’ Louanne said.

For instance, someone who is ‘beige’ often lacks communication skills, plays it safe and people pleases often usually makes it difficult to connect with someone.

While most people are concerned with ‘red flags’, Australian dating expert Louanne Ward (pictured) said to be on the lookout for ‘beige flags’ 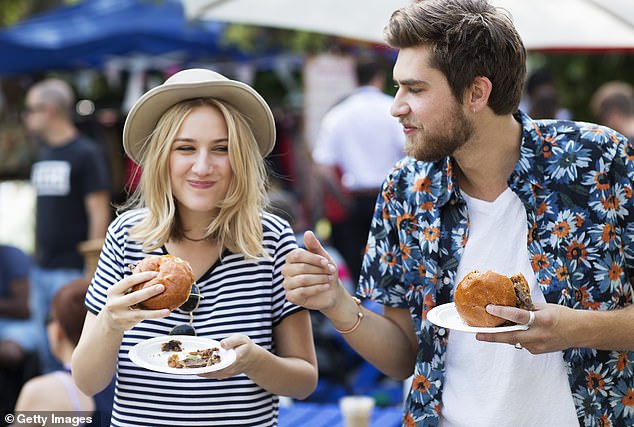 For instance, someone who is ‘beige’ often lacks communication skills, plays it safe and people pleases often usually makes it difficult to connect with someone (stock image)

‘Examples of being a ‘beige flag’ include obsessing over pineapple on pizza (because you think it makes you edgy), references to mainstream opinions where you sit on the fence, playing it safe by people pleasing and basically having no interesting personality traits (according to others),’ Loueanne wrote.

This ‘unoriginal content’ is a mix of being ‘bland’ and giving your date ‘the ick’.

‘Beige flags are the combination of dating fatigue, unfulfilled expectations and yes I hate to say it but judgment,’ Louanne continued.

‘People are fed up with ‘Dating to date’ and no longer want to waste an evening sitting opposite someone they aren’t compatible with. Meaning people’s standards are going up.’

But there’s a simple fix – mastering how to connect with others through conversation.

Get to know someone by keeping your text messages short and lighthearted, and never ask ‘standard questions’.

‘Embrace your personality. If you try to play it safe, people will be unsure about how original and fun you will be in real life,’ Louanne said.

‘At the end of the day, everyone wants to find an interesting partner.’

1. Use photos that represent who you truly are not who you are trying to be.

2. Embrace your personality if you attempt to play it safe, people will be unsure about how original and fun you will be in real life.

3. Make your profile a unique story, not a shopping list – nobody really cares that you love cats, red wine, and walks on the beach.

4. Write a profile that is honest, from the heart and shows your personality.

Earlier this year, dirty fingernails, bad hygiene and eating loudly were deemed to be the most common turn-offs among single women, according to a controversial new thread.

An online debate sparked after a woman asked a popular Facebook group what gives them ‘the ick’.

Hundreds responded by listing their turn-offs in men based on how they behave rather than looks.

Surprisingly filthy fingernails and a lack of hand hygiene disgusted both men and women the most.

Other turn-offs included road rage, being rude to waiters, bad hygiene, eating loudly and being selfish.

What are the common turn-offs when dating?