What is a mayday 7700 call? Emergency signal from Qantas Flight 144 that startled Australia when its engine failed on flight from Auckland to Sydney – explained

By Tita Smith and Cameron Carpenter For Daily Mail Australia

A Qantas flight has safely touched down in Sydney after the pilots issued a distress signal when an engine malfunctioned – with the nation taking a collective sigh of relief.

A mayday call is made when the aircraft is in a condition of being threatened by serious and/or imminent danger and is requiring immediate assistance, according to aviation expert Neil Hansford.

Once the call is issued controllers alert aviation rescue, firefighting and emergency services with details on how to respond. They also provide assistance to pilots, he added.

Mayday situations can include an engine failure, pressurisation problems, other technical problems, or a medical emergency.

The term mayday is an internationally recognised emergency or distress call, which is not only used for aviation, but also on ships or sometimes by emergency response personnel.

Flight Radar indicated the flight, travelling from Auckland to Sydney, is currently over the water 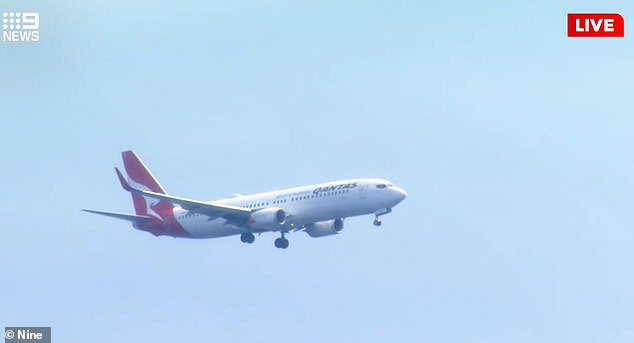 The Qantas flight on approach to the airport. It appeared to land safely just before 3.30pm

Meanwhile, air traffic controllers also use squawk codes, which are transponder codes used to identify planes in the airspace.

Under certain circumstances, the specific code assigned to a flight can be changed.

A squawk code for a flight will be switched to 7700 in incidents when an aircraft is experiencing an emergency event.

That new number then shows up on controller’s screens which are tracking the flight alongside vital information, such as the aircraft’s speed and altitude.

This allows all controllers to easily identify that the aircraft has an emergency and needs appropriate assistance.

The pilot of QF144 sparked fears after issuing a midair mayday call halfway into the just over three hour journey after it suffered the engine failure. 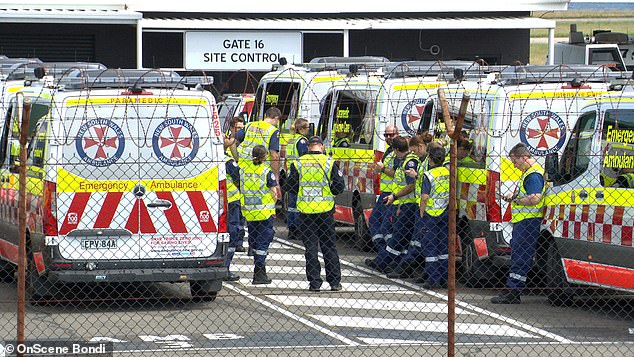 After its safe landing, Qantas said the mayday had been downgraded to a PAN – which stands for ‘possible assistance needed’.

More than 100,000 people were tracking the flight on Flight Radar as it approached Sydney.

Qantas is considered one of the world’s safest airlines without a fatal crash in more than 70 years.