EXPRESS INFORMER > Business & Finances > What does the Queen’s death mean for bank notes and coins?

What will happen to bank notes and coins now that the Queen has died?

Presumably the existing ones will remain legal tender and new ones will start to feature King Charles III, but how quickly will this happen?

Ed Magnus, of This is Money, replies: For decades, the portrait of Queen Elizabeth II has remained a constant on our bank notes and coins.

After the Queen’s 70 years on the throne – the longest reign of any British monarch – her son, Charles III is now king.

One of the biggest changes people may begin to notice in their day-to-day lives will be the bank notes and coins in their wallets.

The Bank of England has reassured Britons that current bank notes featuring the image of the Queen will continue to be legal tender – so unsurprisingly, they won’t become unspendable overnight.

New coins and notes are likely to be printed with King Charles III on them, but the Bank declined to give further details, saying a further announcement regarding existing Bank of England banknotes will be made once the period of mourning has been observed.

Now that the Queen has passed away it is expected that notes and coins in circulation with the Queen’s portrait will gradually be replaced by new printed and minted notes and coins with Charles’ image.

A portrait of Charles will first have to be chosen and then distributed. It is expected that coins and notes will feature him facing west rather than east like the Queen.

This would continue a royal tradition started under Charles II in 1660, where the the new monarch faces the opposite direction to their predecessor in their portrait on coins.

We might spend less of it than we once did – with contactless payments denting even smaller transactions – but cash is still widely used throughout the UK and may even be becoming more popular, according to the UK’s largest ATM network, Link.

At the end of January this year, it found that as many as 73 per cent of Britons had paid in cash in the past two weeks, with increased usage seen in retailers like supermarkets, hairdressers and pubs.

That means that peplacing the existing notes and coins in circulation is expected to be a lengthy process that could take several years and we will still be spending money with Queen Elizabeth II on for some time to come.

For example, the Bank of England first issued its new polymer £20 note in February 2020  whilst the new £50 note was first issued on 23 June 2021, featuring the scientist Alan Turing.

The last day you can use the paper £20 and £50 notes is 30 September this year meaning the process of recall and replacement has taken a total of 19 months.

Although its worth noting that despite that process, the Bank of England will always exchange your old banknotes for newer ones that can still be spent.

How our money changed under the Queen

Her Majesty The Queen appeared on Britain’s coinage since 1953 and on bank notes since 1960.

This is a period that spanned both a big change to the currency, through decimalisation, and the rise of the credit and debit card.

When it comes to our coinage, The portrait of Elizabeth II has been updated on five occasions since she ascended the throne in 1952. The Royal Mint struck every official UK coin of Her Majesty’s reign. 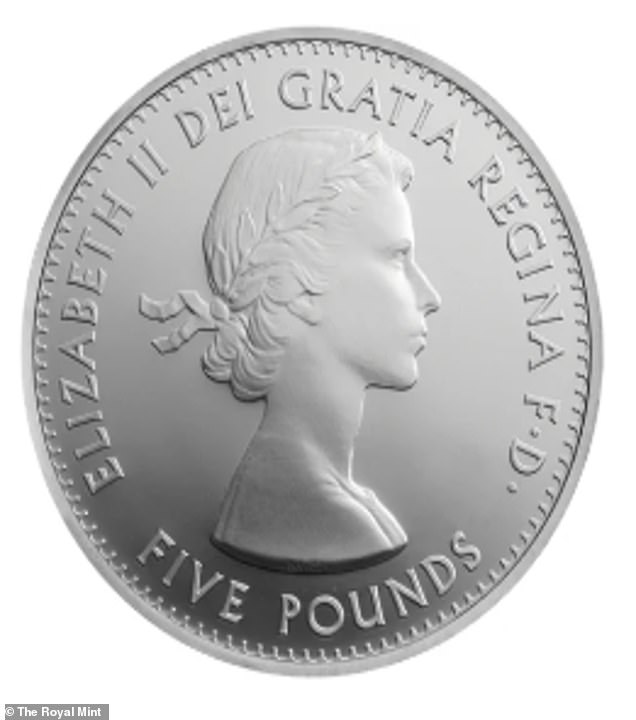 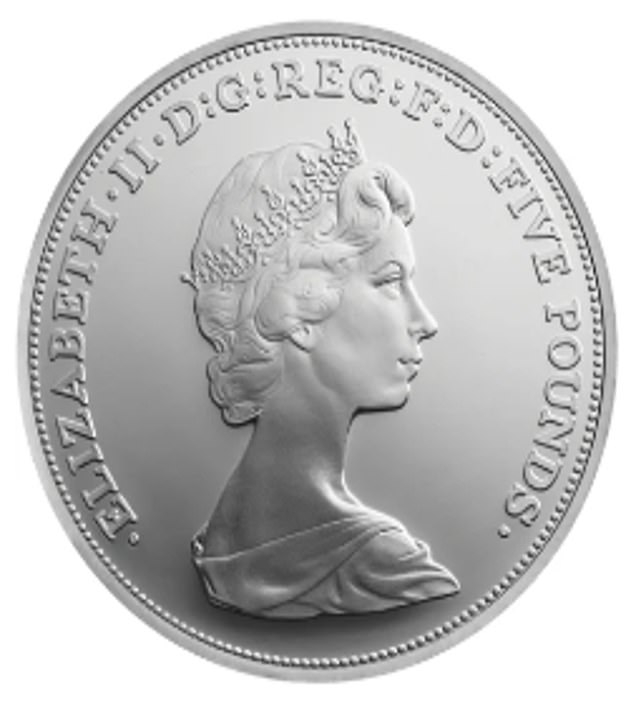 New coins showing the first portrait of the Queen were issued in 1953. They represented a fresh start following the Second World War, and announced a new Elizabethan era.

The Queen looked youthful and optimistic and the portrait was used on the coins of the United Kingdom and the coinage of many Commonwealth countries.

Although the switch to decimalisation did not happen until 1971, decimal coins entered circulation before then.

The 5p and 10p pieces were introduced in 1968 to replace the existing shillings and florins.

To help the new coins stand out from the older currency, a new portrait of The Queen was commissioned. 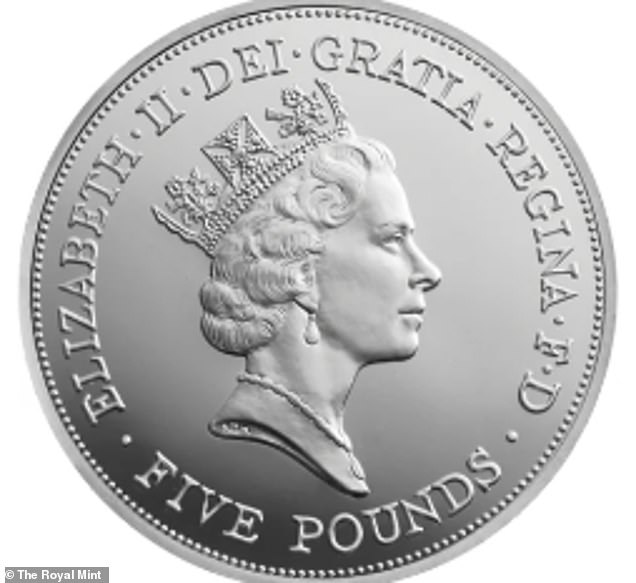 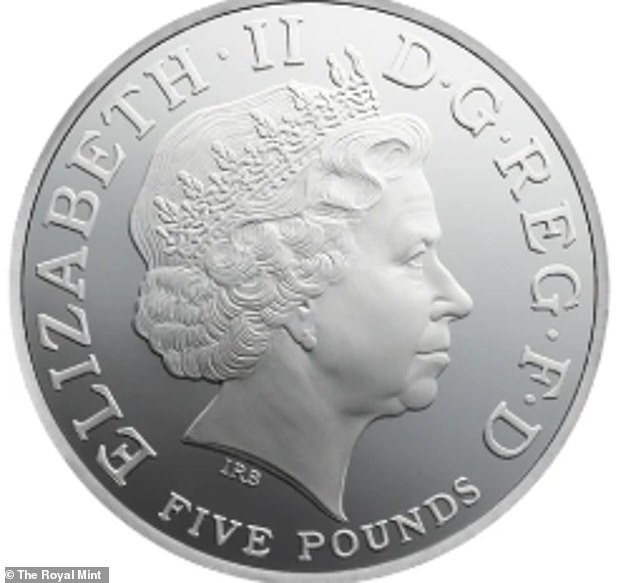 From 1985 to 1997, UK circulating coins featured a royal portrait showing The Queen wearing the royal diadem, which she normally wore on her way to and from the State Opening of Parliament.

A fourth portrait was deigned in 1996 and introduced a greater degree of realism.

On the release in early 1998, the design depicted a portrait of a subject that in the artist’s own words, ‘… needed no flattery’. 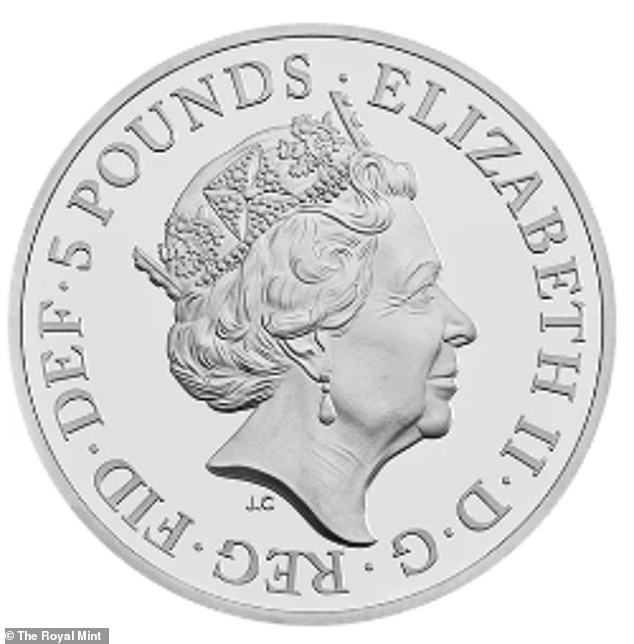 What about on our bank notes?

In 1956, the UK Treasury gave permission to the Bank of England to use the Queen’s portrait in a new series of notes.

The first Bank of England note to feature the Queen’s portrait was the £1 note issued in 1960. It was followed by a ten shilling note in 1961.

Both notes used the same portrait by bank note designer Robert Austin, with the Queen wearing the Diamond Diadem, notable for featuring on many other bank notes and stamps.

It was a formal, regal image, and was criticised for being a severe and unrealistic likeness. 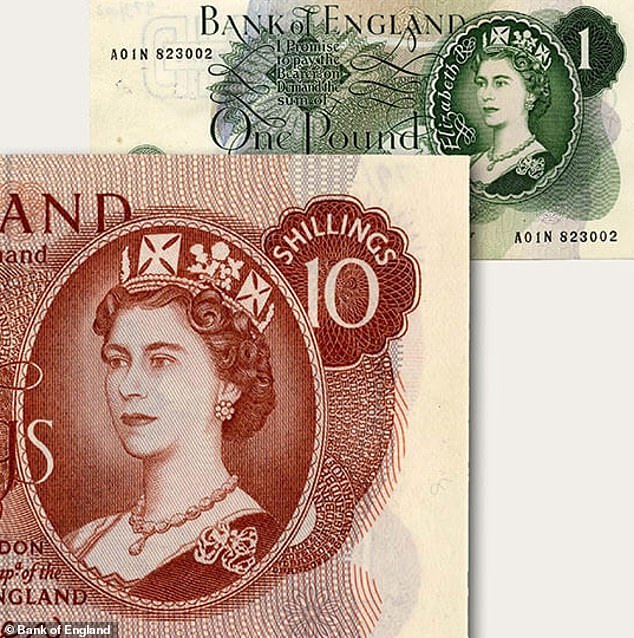 This new portrait had a better reception than Austin’s version. People thought the portrait was more realistic and her gaze was more relaxed. 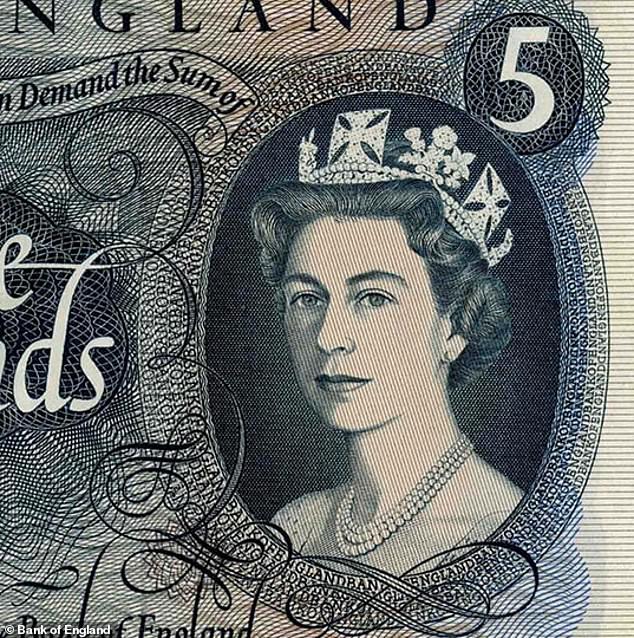 In the late 1960s, the Bank of England proposed a new 10 shilling note as the first in a new series.

The portrait showed the Queen wearing the hat and robes of the Order of the Garter.

It soon became clear that the British currency would change from pounds, shillings and pence to the decimal system of 100 pennies in the pound.

But a 50p coin was created as part of the new system of decimal coinage. Ten shilling notes were withdrawn in 1970, and the 50p note was never issued. 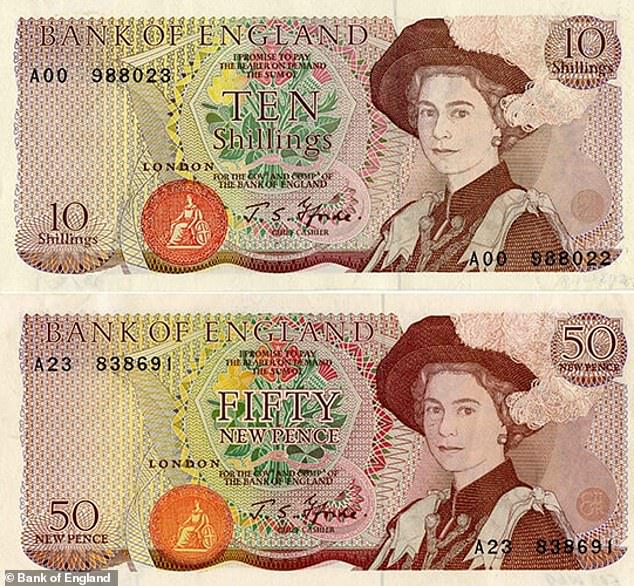 In the late 1960s, the Bank of England proposed a new 10 shilling note and it was then changed to a 50p note but as coins were used it never appeared

This new series of banknotes was the first to feature historical characters on the back. In both portraits, the Queen is wearing elaborate ceremonial dress. This emphasises a sense of formality and tradition. 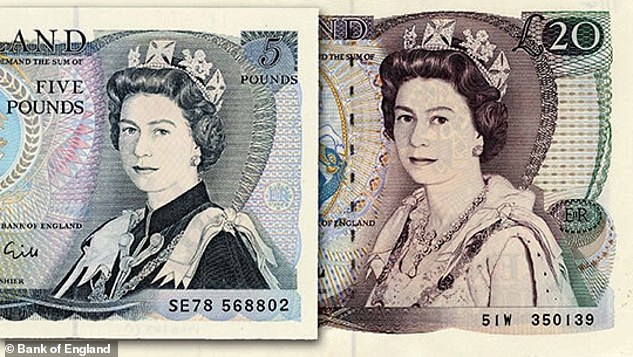 The 1990 £5 note was the first of a new series. It featured a new, more mature portrait of the Queen, who was 64 when it was first issued.

This likeness, by designer Roger Withington, has been used on all Bank of England notes since. 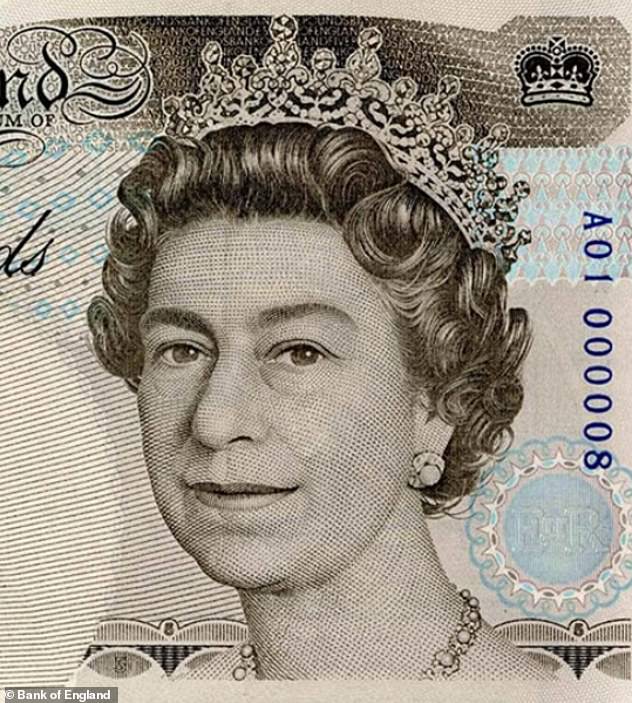