Lockdown can’t end soon enough! Frazzled home-schooling parents reveal what their children have REALLY been getting up to – from emptying kitchen cupboards to being smeared from head-to-toe in paint

A series of amusing photographs have revealed what children have really been getting up to amid lockdown.

While many parents up and down the UK have been tasked with homeschooling amid the coronavirus pandemic, if the mess in these photographs is anything to go by, it seems art has been the most popular extra-curricular activity on the rota.

It comes after a nationwide survey of parents revealed over half of mums and dads have turned their backs for a few seconds, only to find their little darlings had tipped food all over themselves.

Meanwhile, a third have discovered felt tip drawings on the sofa, while the same number have had their children come in from the garden covered in mud.

Here, FEMAIL shares photo evidence of children caught in the act – including being smeared from head-to-toe in paint and emptying kitchen cupboards.

Now that’s camouflage! Instagram user @jadeewiddickk captured the moment six-year-old cousin’s Scarlett and Chase could barely be seen in the green surroundings of their garden after covering themselves in so much paint 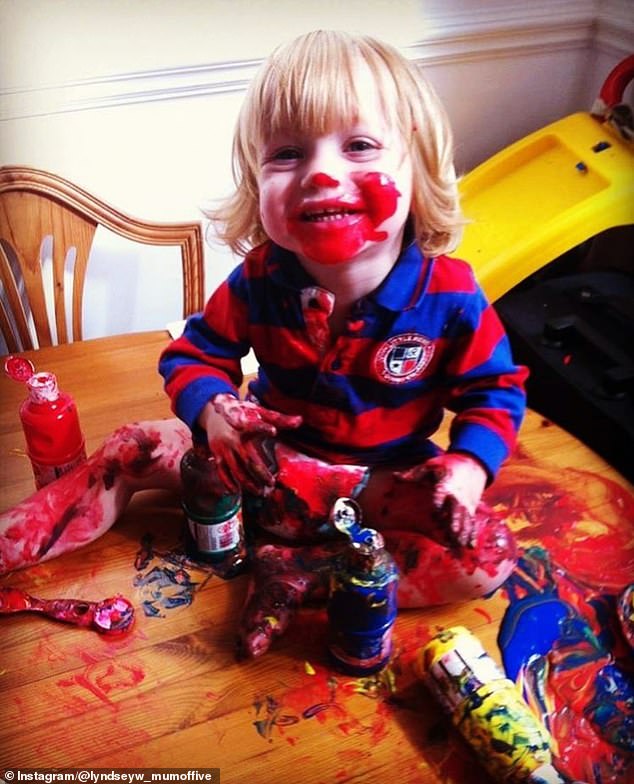 It’s safe to say there’s no hiding the culprit behind this creative mess – is there Callum, aged one?! 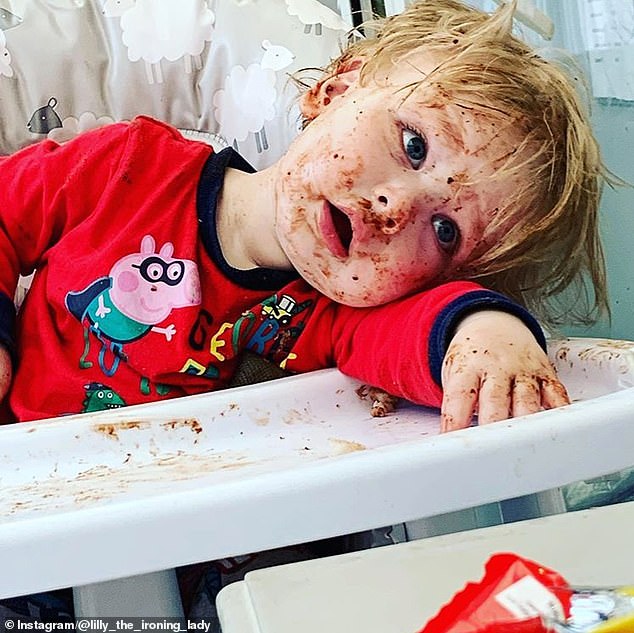 @lilly_the_ironing_lady captured the moment Jaxson Relf, 12 months, got more of his dinner over his face than in his mouth 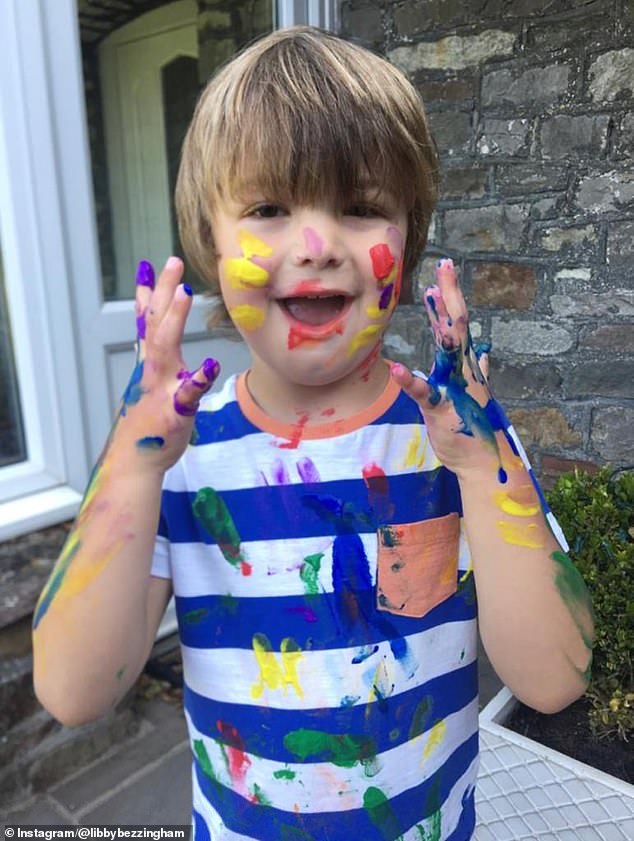 Seb, aged four, decided against painting on a piece of paper – and used his body as a canvas instead! 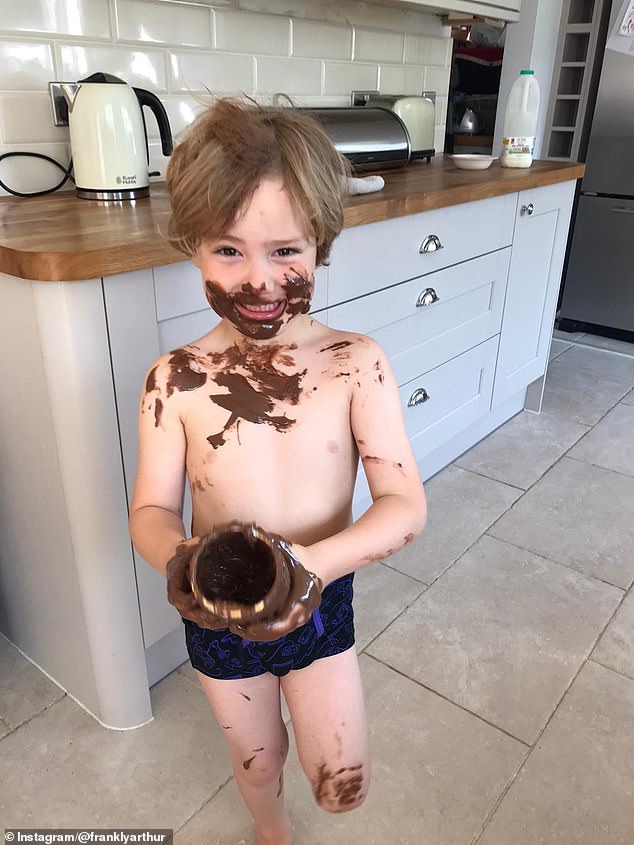 Frank, aged five, looks chuffed with his mischievous efforts after emptying the contents of the pot over his face 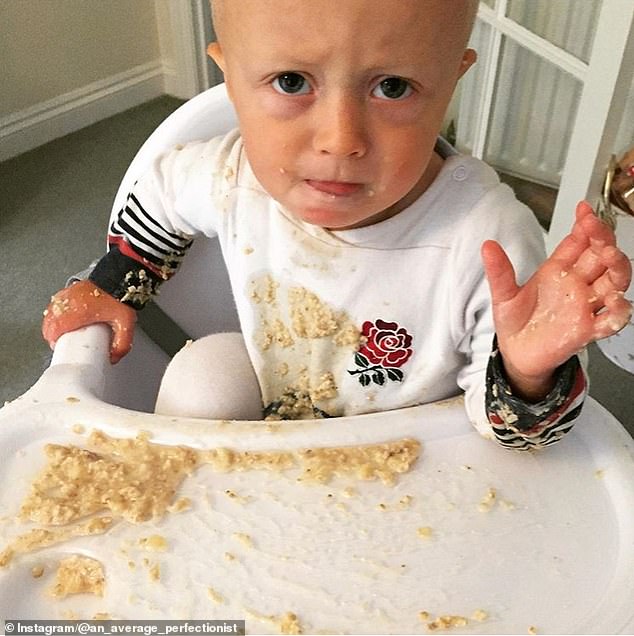 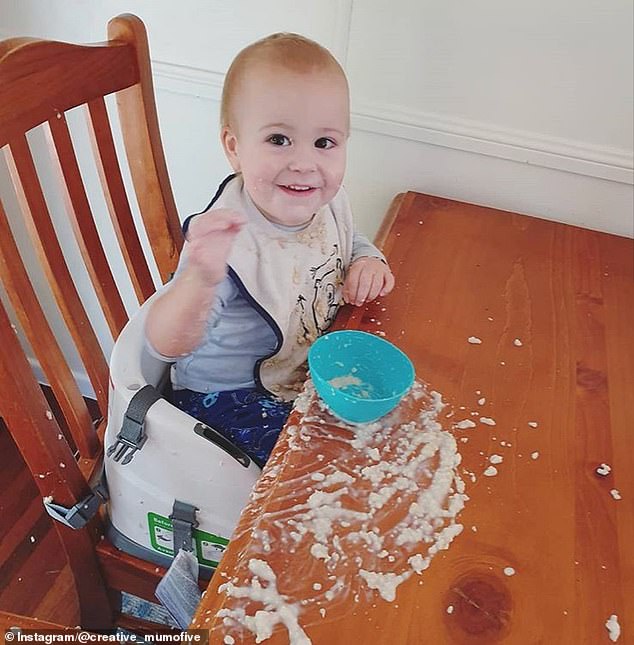 It seems porridge was the theme of the day on Instagram, after another mother posted this equally messy snap of her adorable toddler 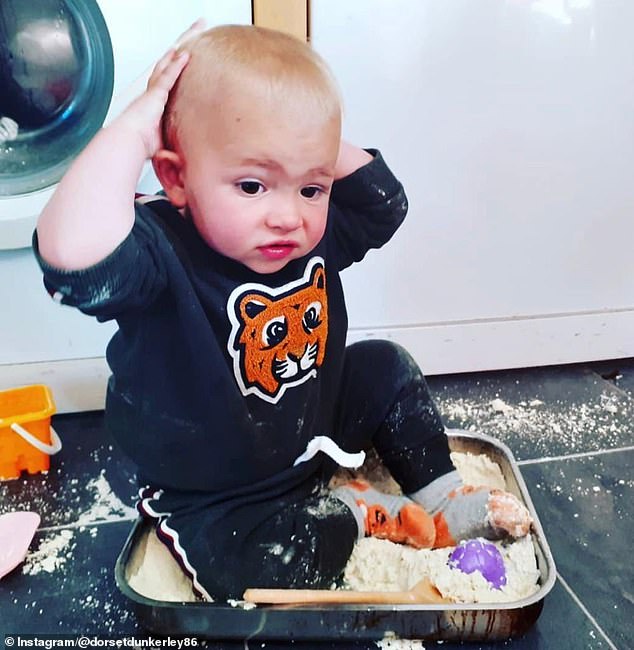 Laid-back Alfie, aged one, looks quite content chilling with his hands behind his head in a tray of sand 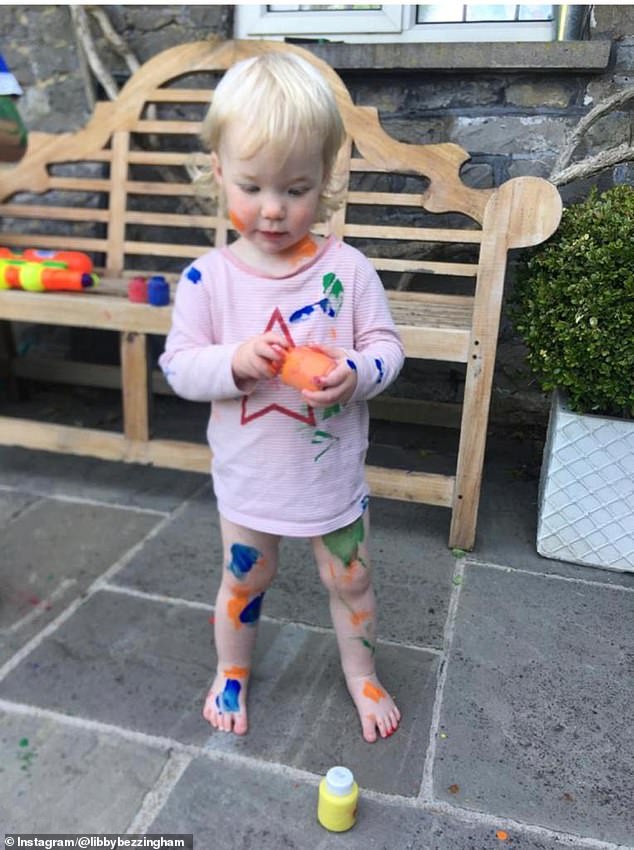 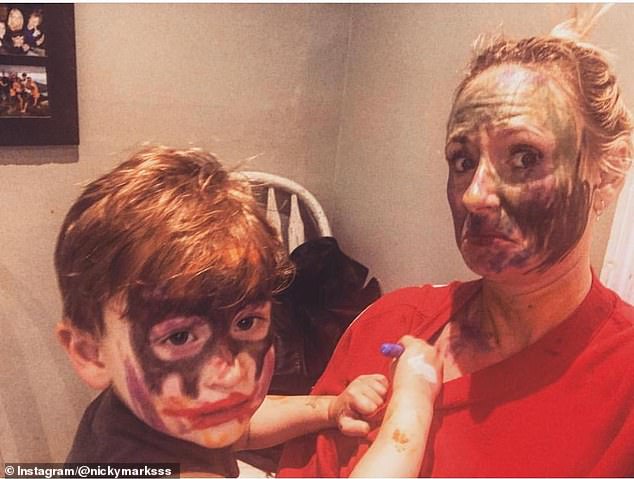 Instagram user @nickymarksss doesn’t look to happy about her four-year-old son Tommy’s latest piece of artwork – which ended up being drawn onto her face…in marker pen! 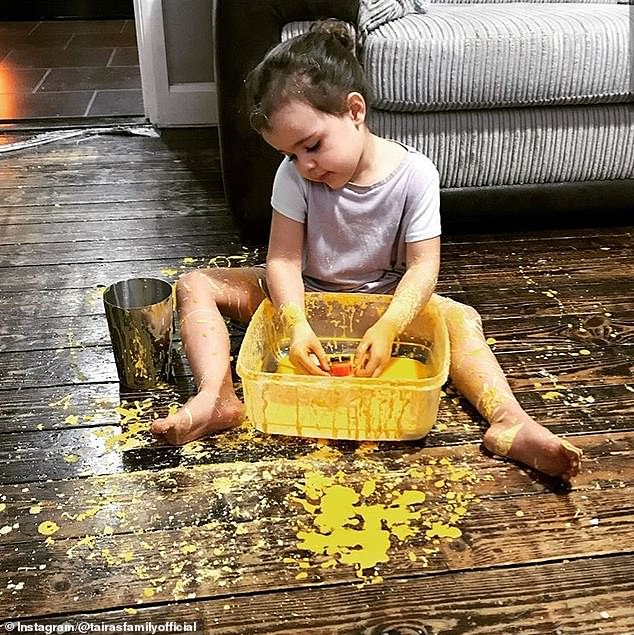 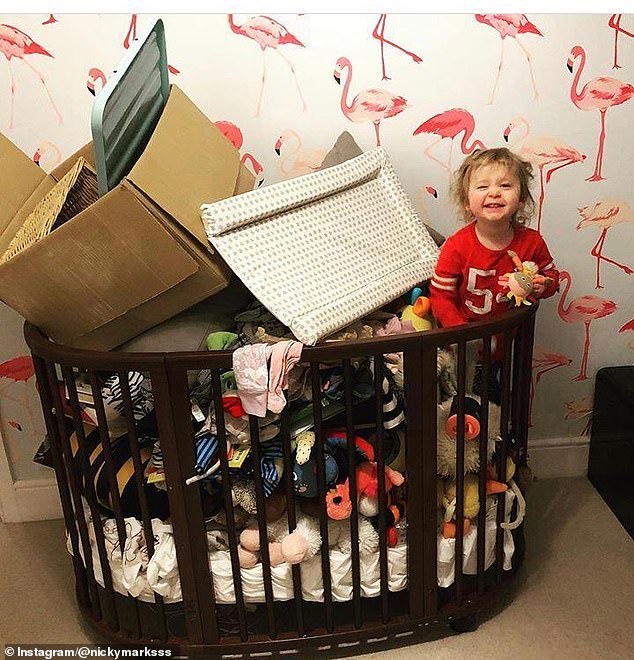 Another parent decided to put all of the cuddly toys into one place – but can you spot the child hiding in the pile?