Health officials in Ontario said on Saturday that two confirmed cases of the new coronavirus variant first detected in the United Kingdom have appeared in the province — the first confirmed instances in Canada.

The new variant is believed to spread easier and faster than the original version of the virus, but it is not believed to be more deadly.

Scientists say there is no evidence that COVID-19 vaccines currently being deployed — including those approved for use in Canada — will not protect against this variant.

Here is what Canadians should know about the new variant.

What makes this variant different?

This variant is not the first new strain of the SARS-CoV-2 virus to emerge since the pandemic began. The main worry is that the variant seems to be more transmissible than the original. It has 23 mutations in its genetic code — a relatively high number of changes — and some of these could be affecting its ability to spread.

“While early data suggests that these new variants may be more transmissible, to date there is no evidence that they cause more severe disease or have any impact on antibody response or vaccine effectiveness,” the Public Health Agency of Canada (PHAC) said in a statement Saturday.

The agency said more research is needed to confirm these findings.

Where were the Canadian cases found?

The Canadian cases, identified in a couple in southern Ontario, came as the province went into a lockdown on Saturday.

A couple was found to be carrying the virus, but neither had travelled or been in contact with a known case, officials say. 2:45

“This further reinforces the need for Ontarians to stay home as much as possible and continue to follow all public health advice, including the provincewide shutdown measures beginning today,” Yaffe said in a statement issued Saturday.

According to the statement, both individuals have been informed of the diagnosis and are now in self-isolation as per public health protocols. It noted the discovery of the variant was “not unexpected” due to inbound international travel.

How should Canadians approach this new variant?

Dr. Zain Chagla, an infectious disease physician and associate professor of medicine at McMaster University in Hamilton, told CBC News Network on Saturday that people should take the same precautions with this variant that they would for the original virus.

“It’s important that everyone adheres to the public health rules now a hundred times better than they were before, given that it is more transmissible,” Chagla said.

Those include physical distancing, wearing masks, practising good hand hygiene, avoiding going out when feeling unwell and seeking a COVID-19 test when appropriate, he said.

WATCH | What is known about the new coronavirus variant: 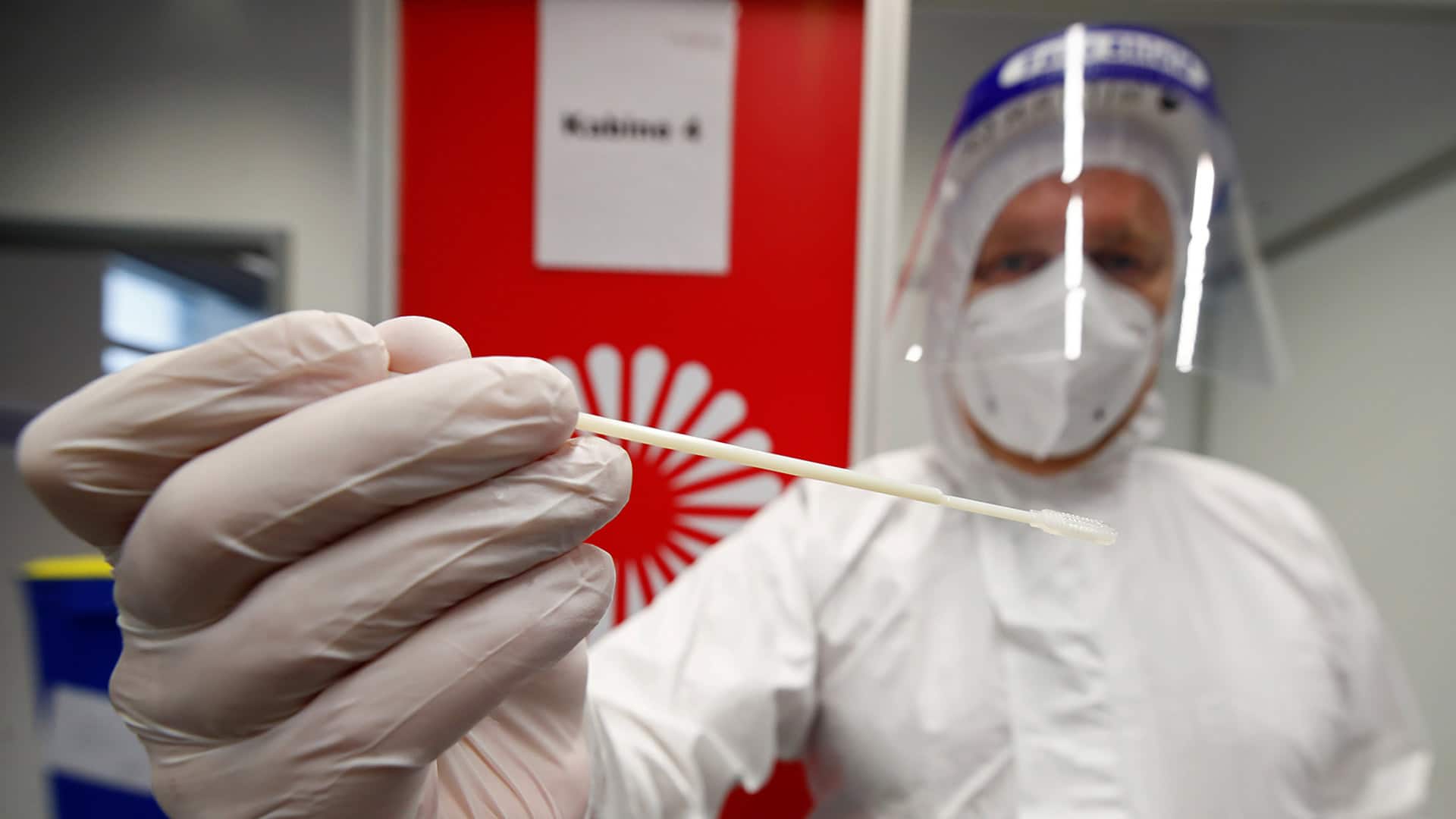 The new variant of coronavirus is not showing itself to be more severe, but it is spreading exponentially faster, which is a serious concern in the middle of a pandemic. At this point, doctors believe the vaccines that have started rolling out around the world will protect people. 1:57

Although the Canadians with the variant had no known travel history, Chagla said it was likely brought into Canada from somewhere else — particularly as the mutations in the U.K variant match the Canadian cases.

Last week, Canada extended to Jan. 6 a ban on passenger flights arriving from Britain and expanded enhanced screening and monitoring measures for travelers arriving from South Africa, citing the rise of the more infectious variant.

“It just is another reinforcement that we do have quarantine and border controls, but they’re not perfect. And we’ve seen in many countries around the world, we can still see transmission from international travel,” Chagla said.

Will COVID-19 vaccines be effective against the variant?

Several drugmakers expect their COVID-19 vaccines will be effective against the new fast-spreading variant of the virus, including those whose vaccines are currently approved for use in Canada.

Ugur Sahin, chief executive of Germany’s BioNTech — which partnered with Pfizer to create a vaccine — said on Tuesday he expects its messenger RNA (mRNA) vaccine to still work well.

“Scientifically it is highly likely that the immune response by this vaccine can also deal with this virus variant,” Sahin said. He added that it will take another two weeks or so of study and data collection to get a definitive answer.

“The vaccine contains more than 1,270 amino acids, and only nine of them are changed (in the mutated virus). That means that 99 per cent of the protein is still the same.” 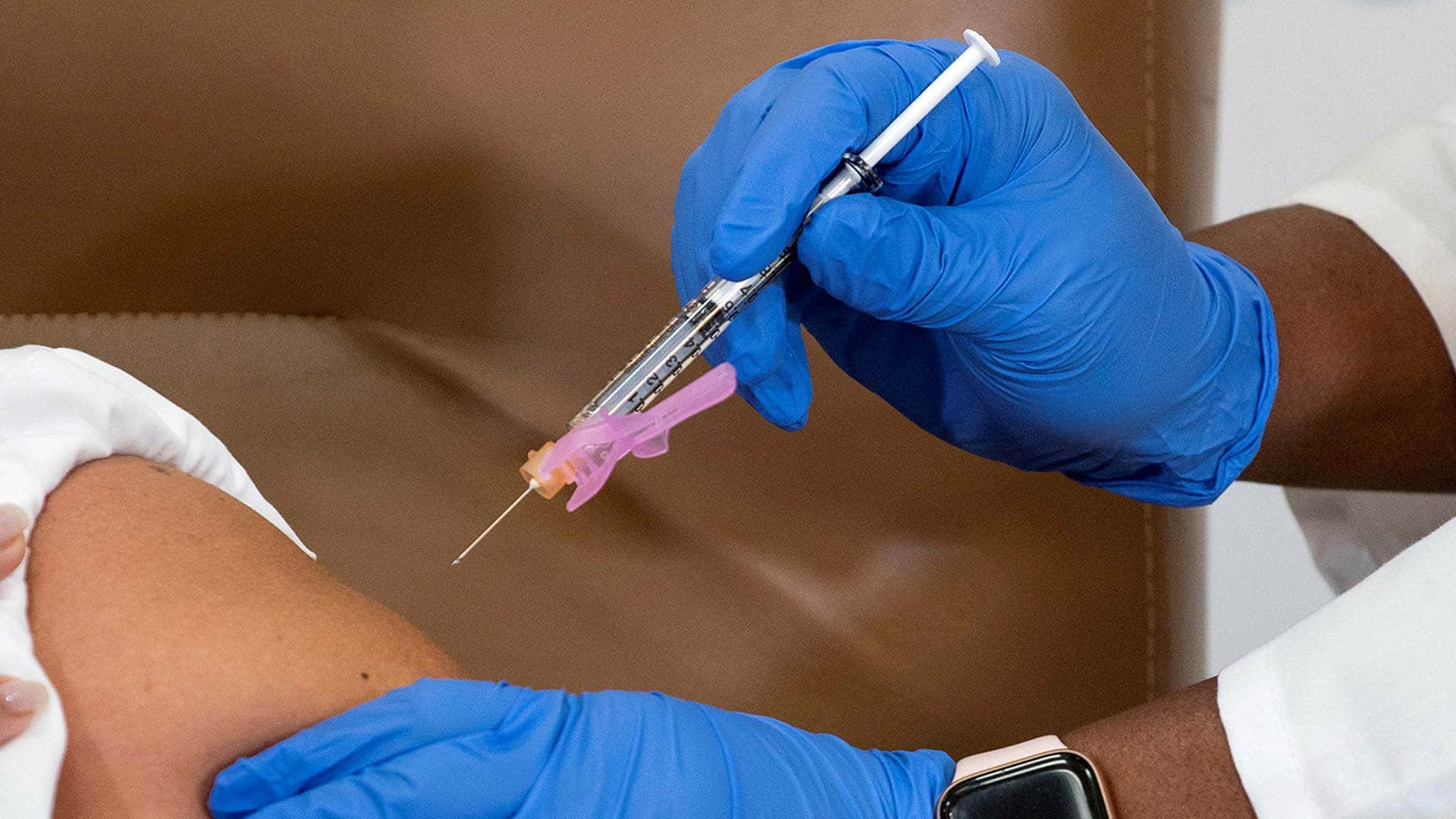 The two COVID-19 vaccines approved in Canada, Pfizer-BioNTech and Moderna, both use new mRNA technology, but they differ on timing for the second shot, as well as storage and transportation requirements. 2:30

Moderna said on Wednesday it expects the immunity induced by its COVID-19 vaccine would be protective against the variants reported in the U.K. The U.S.-based company said it plans to run tests to confirm its mRNA vaccine’s effectiveness against any strain.

“We have already tested sera from animals and humans vaccinated with the Moderna COVID-19 vaccine against a number of previous variants of the SARS-CoV-2 virus that have emerged since the first outbreak of the pandemic and found our vaccine to remain equally effective,” the company said in a statement.

In the event that the variant presents vaccine developers with an unexpected challenge, an advantage of mRNA is that scientists can quickly re-engineer genetic material in the shot to match that of the mutated protein, whereas modifying traditional vaccines would require extra steps.

“In principle, the beauty of the mRNA technology is we can directly start to engineer a vaccine which completely mimics this new mutation,” Sahin said. “We could be able to provide a new vaccine technically within six weeks. Of course, this is not only a technical question. We have to deal with how regulators… would see that.”