EXPRESS INFORMER > Business & Finances > What are the cheapest mortgage rates you can get now?

In the three weeks since the mini-Budget, mortgage rates have soared.

According to the latest data, pulled by analysts at Defaqto for This is Money, the cheapest fixed rate on the mainstream mortgage market is 5.34 per cent.

That is for a five-year fixed rate for someone buying a home, and they will need a 40 per cent deposit to get it.

On 22 September, the day before the mini-Budget was delivered by now-sacked chancellor Kwasi Kwarteng, the cheapest rate for someone buying a home under the same circumstances was 3.82 per cent.

Going up: Mortgage rates have been increasing since the mini-Budget on 23 September

Based on a £150,000 mortgage, it means someone buying today would pay an extra £130.35 each month compared to what their bill would have been if they had fixed three weeks ago.

But put that into the context of a year ago and the difference is even more stark. The cheapest rate available on 18 October 2021 would have been just 0.98 per cent.

A year ago, mortgage rates were at near-historic lows, with the housing market booming,  banks keen to lend and borrowing costs cheap due to the Bank of England’s base rate sitting at an all-time low of 0.1 per cent.

This means that equity-rich home buyers and remortgagors who fixed their mortgage for two years in 2021 may notice the biggest increases in their monthly payments when they come to the end of their fixes and need to remortgage.

Many will have their fingers crossed that rates start to come down in 2023, before they have to refinance.

Rates are higher still for those with less money to put down. Someone buying a home with a 5 per cent deposit would have seen the cheapest available rate rise 3.45 per cent in the same one year period (from 2.79 per cent to 6.24 per cent), as the rates a year ago were substantially higher.

Those who need a new mortgage can access up-to-the-minute rates based on their own circumstances using This is Money’s mortgage calculator.

What about those with smaller deposits?

Although equity-rich buyers have seen the biggest hikes in the last year, those with the smallest deposits – often first-time buyers – have seen the steepest rate hikes since the mini-Budget.

Defaqto’s research shows that, three weeks ago, someone buying a home with a 10 per cent deposit and wanting to fix for two years could have got a rate of 3.49 per cent.

Today the cheapest rate available is 2.40 percentage points higher at 5.89 per cent, meaning those buying today will need to find an additional £204 based on a £150,000 mortgage.

A year ago, they may have been offered the cheapest rate of 1.99 per cent, saving them £324 compared to today’s prices.

Katie Brain, of Defaqto, said: ‘When you compare the best 2- and 5-year fixed rate mortgages versus this time last year there has been massive increases across all LTV bands, to a certain extent this is to be expected since the base rate has increased.

‘Unfortunately, the biggest increases seem to be the lower LTV’s, which does not help those people who are looking to remortgage right now.

‘It looks like the spectacular fixed interest rates of below 1 per cent are a thing of the past, for a while at least.

‘The interest rates for mortgages are continuing to change almost daily, so if consumers have found a deal, they are happy with they should act quickly.’ 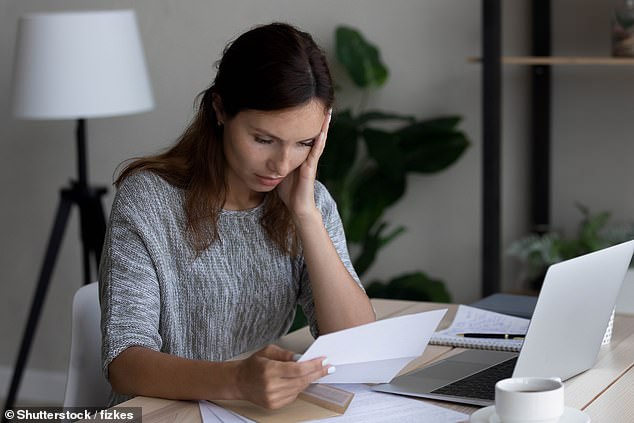 Squeezed: First-time buyers will have seen the largest rate rises in the last few weeks

Another thing that is clear from Defaqto’s research is that fixing your mortgage for five years will be substantially cheaper than fixing for two.

Two-year rates have seen larger increases over the past year, leapfrogging five-year rates to become the most expensive.

Again, the difference is starker on low-deposit loans, where a 5 per cent deposit purchase mortgage has climbed 3.45 per cent in a year, and a five-year one by only 2.90 per cent.