EXPRESS INFORMER > Travel > What a cluster pluck! Massachusetts city is terrorized by a rafter of turkeys

A Massachusetts town has been overrun by a rafter of turkeys who are attacking locals, chasing down cars and holding people hostage in their own homes.

Woburn residents say the wild creatures have attacked everyone from children on bikes to locals ducking behind their front door.

Some are now even afraid to step outside, worried that the turkeys will peck at them once they do.

‘The most aggressive one is Kevin,’ said Meaghan Tolson, who has taken to naming the creatures that are terrorizing her town.

‘Even if you are parked, Kevin will try to get in your car,’ she told CBS Boston.

‘You have to open your passenger side door and lure them over there, then make a clean break to the house.’

The other turkeys ‘are three ladies, because their coloring isn’t distinct,’ Tolson said. ‘It’s Esther, Gladys and Patricia.’

Nobody in the city of 40,000 residents are spared from their wrath, locals say.

A rafter of wild turkeys are forcing residents of Woburn, Massachusetts to stay inside their homes out of fear they will be attacked 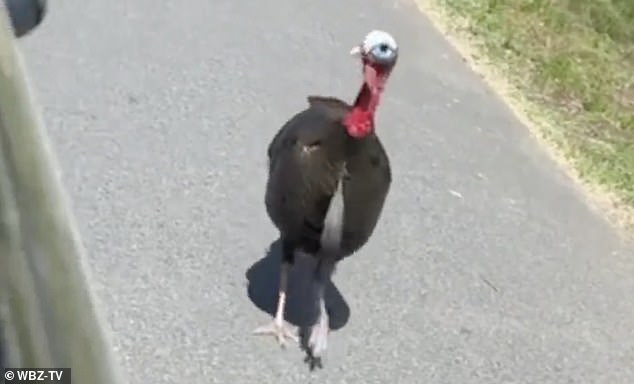 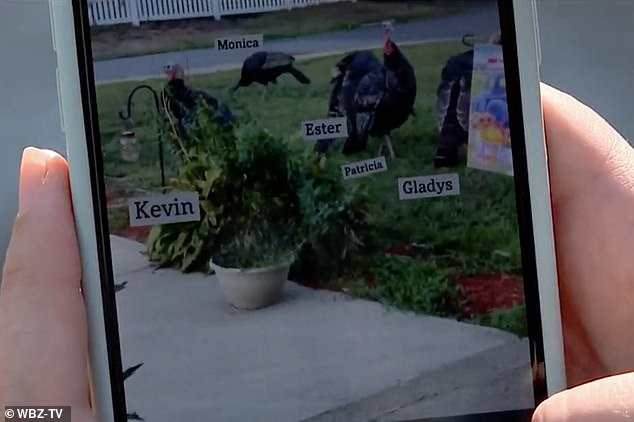 One woman, Meaghan Tolson, has taken to naming the fowl, proclaiming Kevin to be the most aggressive of the rafter

One woman, only identified as McKenzie told WBZ News Radio that the flock live in front of her house, and attack her often.

They come out every night around sunset to once again enforce their reign of terror.

Another resident also said her children are now afraid to take the bus to school, worried that the turkeys will be waiting for them at the stop.

And April Drolette told CBS Boston that ‘there have been times where I’m trapped in my car and can’t get out, and have to call family members.’

‘They usually bring an umbrella,’ she said, noting: ‘It takes a team.’

Other times, she said, she enlists the help of her dog to fend them off. 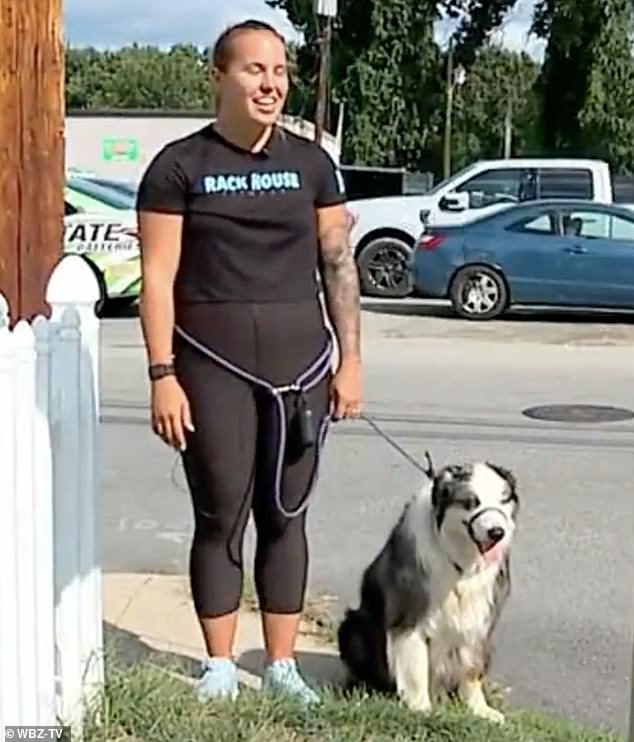 April Drolette told CBS Boston that ‘there have been times where I’m trapped in my car and can’t get out, and have to call family members’ 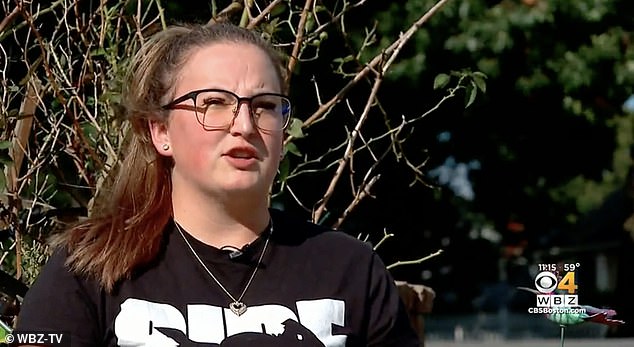 Experts say the turkey infestation was likely caused by residents feeding the birds, or even keeping bird feeders out.

David Scarpitti, a turkey and upland game project leader with Mass Wildlife, explained to CBS News that feeding the birds could convince them that the humans are part of their flock — prompting them to want to establish dominance over them.

He also noted, though, the turkeys may just be seeing their reflections in the car doors.

‘Turkey behavior starts to kick in where they become so habituated with people that they are not really seeing the distinction,’ Scarpitti said.

‘It’s all about how they respond to the turkeys,’ he added. ‘If you run away, now you are subdominant. He just won that battle.’

In the meantime, residents say they are learning how to deal with the infestation — coming up with different tricks to keep the turkeys at bay.

But at least for Tolson, the turkeys are now part of the town.

‘They kind of grow on you a little,’ she said. ‘Like when I don’t see him for a couple days, I’m like, ‘Oh no, did someone run Kevin over?”