DEREK LAWRENSON: Lee Westwood and Ian Poulter both know that now is the right time to go… these are the men Europe now need in backroom roles to lead the fightback in Rome

Two of the hardest men you would ever want to meet over 18 holes at a Ryder Cup were in bits come the close on Sunday. It was the end of an era, and there has never been an easy way for a show-stopping performer to leave the grandest stage.

‘I was in that team room on Saturday night listening to a couple of people give emotional speeches and it really made me wish I was 20 years old again,’ said a tearful Ian Poulter, and you could feel his pain.

I have never seen Lee Westwood cry in the 25 years I’ve known him but the words caught in his throat as he talked about his singles victory.

‘The likelihood is that this was the last match I’ll play in a Ryder Cup and I got to share it with my son. I won my point,’ said the 48-year-old, and he had to stop. ‘I hate the Ryder Cup, it makes you so emotional,’ he added eventually, to laughter. ‘But that’s what makes it great.’

Amid the wreckage of Europe’s awful performance, thank god these two finished off with a pair of victories. They deserved that at least, for all that they have contributed. That is 24 points now for Westwood, and only Sir Nick Faldo and Sergio Garcia have won more.

That is six victories and one half-point for Poulter in seven singles matches. On Sunday he was at it again, firing six birdies in 12 holes on his way to a 3&2 victory against Tony Finau, despite being outdriven by 50 yards on some holes. 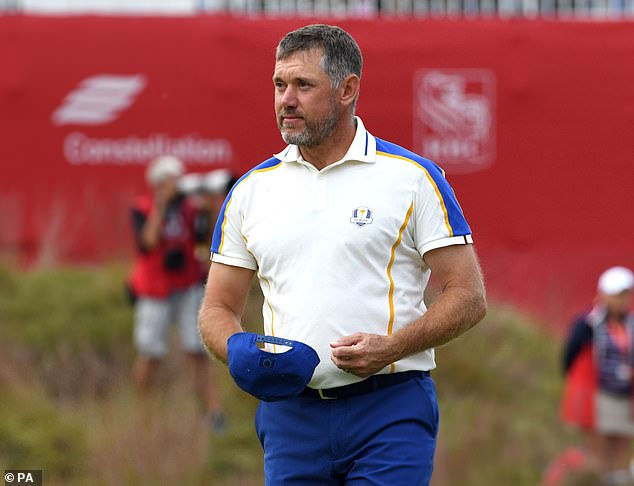 That morning he had driven to the course with his wife Katie and golf-mad son Luke. ‘There wasn’t a lot of conversation on the 25-minute journey so my mind started wandering,’ said the 45-year-old.

‘Is this it? Is this going to be the last match in a Ryder Cup outfit? Even on the course it was hard to stop thinking that. I found it hard to finish the match off because of it, but if it is the end it’s nice to go out on a win, even if it wasn’t good enough.

‘I don’t know what the future holds but realistically you’d have to say it’s going to be very hard for me to get into the next team. I’ll give it my all because these are the best weeks you’ll ever have and to play in seven has been incredible.

‘Maybe it’s time for a change but it’s hard to let go. There’s nothing like the Ryder Cup. I’ve won trophies all around the world but these weeks are the ones I’ll always remember.

Look at Shane Lowry and his reaction after winning his match on Saturday. He didn’t get that excited when he won the Open in his own backyard! That’s what the Ryder Cup does to you.’ 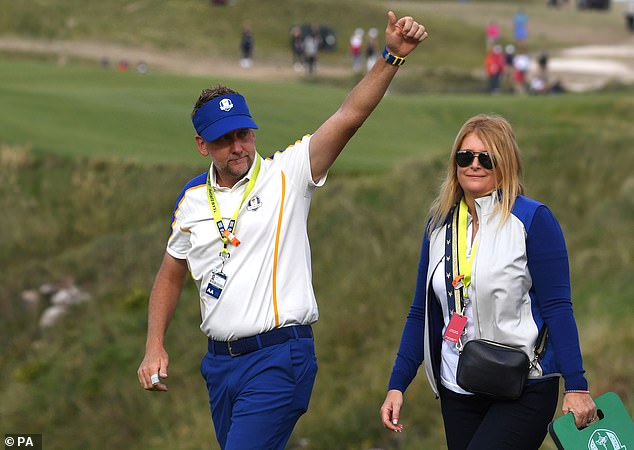 Westwood was throwing in caveats as well but both men know, deep down, the time is right to go. Over the winter months Westwood will be invited to take over as captain in Rome. There is nothing like playing, of course, but this is his moment to do the job. Poulter will be one of his vice-captains, before taking over himself in New York in 2025.

These are the men Europe now need in important backroom roles, to lead the fightback.

On the 18th hole on Sunday, Westwood’s last shot in Ryder Cup play was one more imperious long iron to set up a winning birdie. He has played a few of them in his time. By his side Sam, his son and caddie for the week, looked like any other teenager at the end of a marvellous party. ‘It’s going to be fun for him going back to university in the cold, isn’t it?’ said Westwood, cheerfully.

On behalf of a grateful continent, thanks Poults. Thanks Westy.