The terrifying moment the ceiling inside a busy shopping centre dramatically collapsed next to a packed Woolworths during huge storm cell has been caught on video.

The ceiling above four stores inside Westfield at Mount Druitt in Western Sydney sagged and fell in, sending panels and cladding crashing onto the floor of the shops as a violent superstorm hammered the city on Thursday afternoon.

The dangerous roof collapse happened to stores surrounding a packed Woolworths on level one of the centre, which had to be evacuated, around 4pm.

The dramatic video captured from inside the mall shows sections of the ceiling above a Best & Less outlet crashing onto the floor as flood water begins to pour down.

Frightening footage also showed water pouring out of light fittings onto the floor outside busy shops before shoppers were sent fleeing and the huge mall of 204 stores was evacuated.

The ceiling above four stores inside the giant Westfield at Mount Druitt collapsed, sending panels and cladding crashing onto the floor of the shops as a violent superstorm hammered Sydney on Thursday afternoon 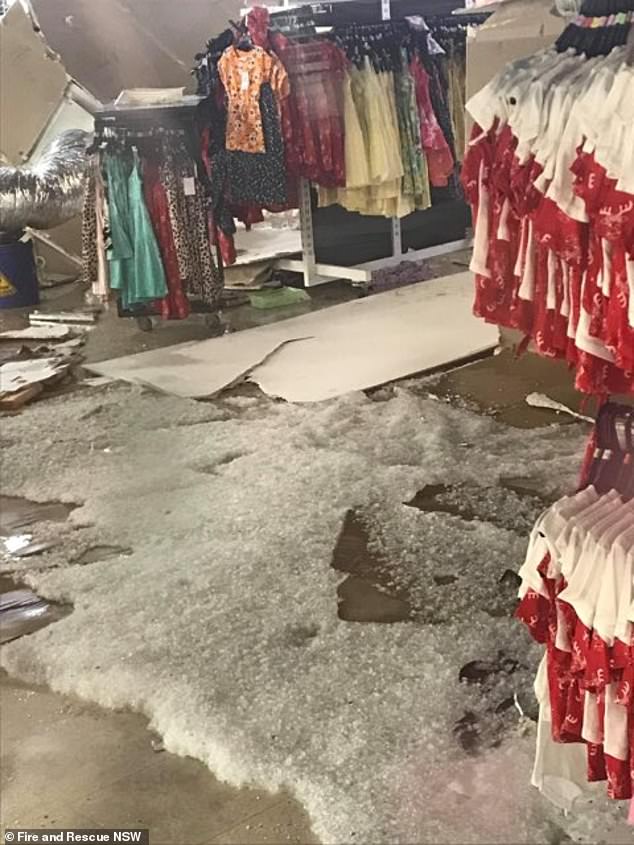 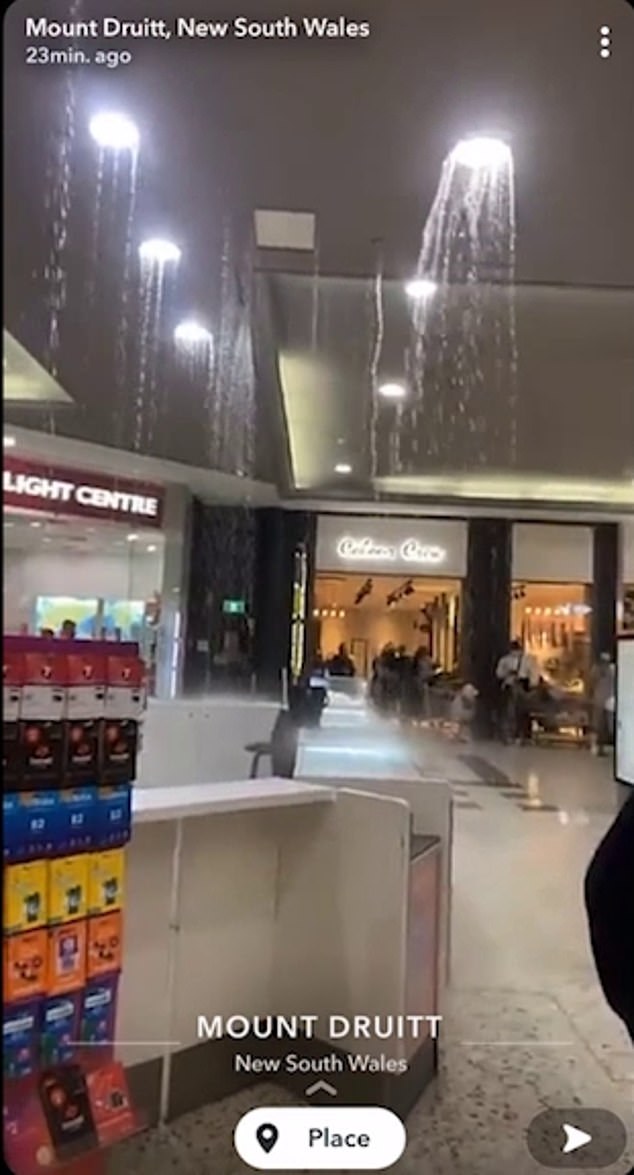 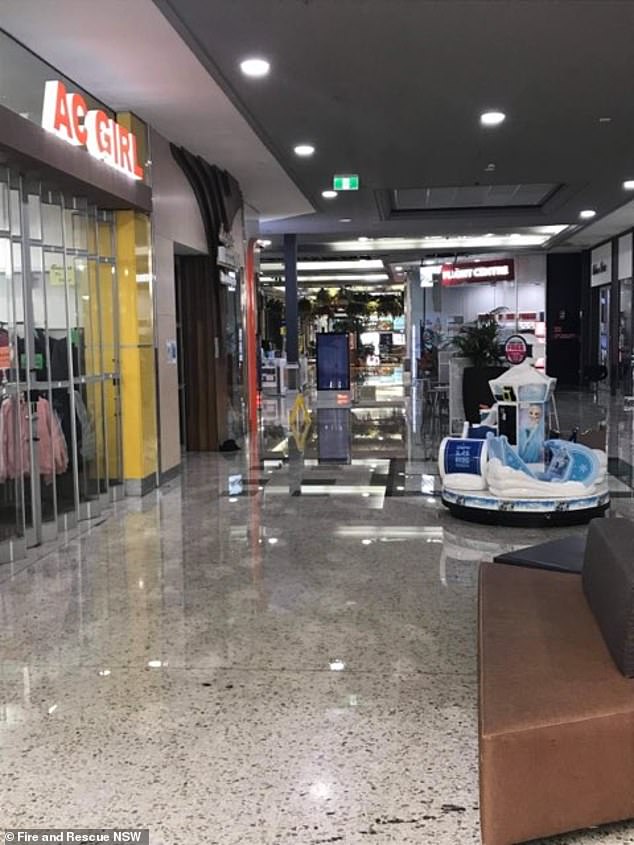 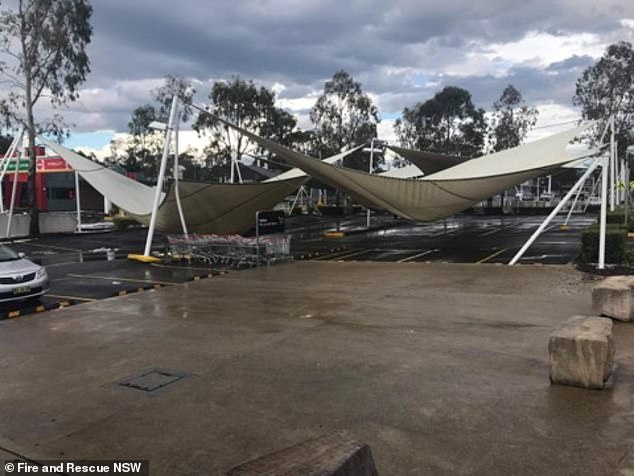 The service received a call at 4.09pm and rushed to the scene with two trucks including eight firies.

No injuries were recorded.

‘Based on what we know the rain water seemed to have channelled itself to right above the store and pooled there causing the ceiling to collapse.’ 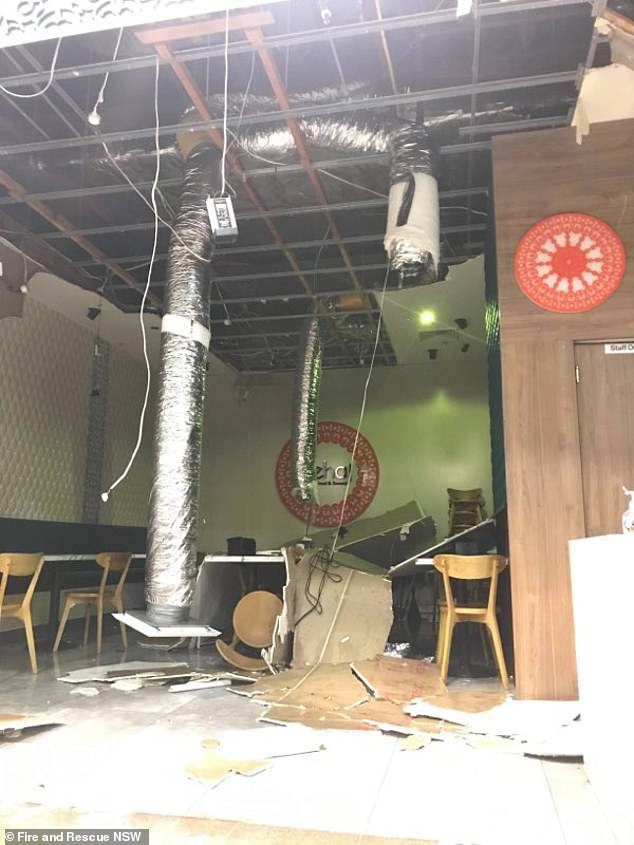