EXPRESS INFORMER > Sports > ‘West Ham players said: “If my team-mates are gay they have to go”‘, Patrica Evra makes claim

‘West Ham players said: “If my team-mates are gay they have to go, I won’t shower with them”‘: Patrica Evra makes astonishing claim that homophobic stars called for transfers after a talk on inclusivity

Patrice Evra has claimed that some of his former West Ham United team-mates would not shower with gay players and would even call for them to leave the club.

The former Manchester United star spent a brief spell at the end of his career at the Hammers in 2018 after joining as a free agent, playing five games before retiring that summer.

But the former French international has recalled how an official from the FA came to the Hammers to give a talk on inclusivity, with some of his team-mates at the time allegedly responding negatively by not agreeing with accepting homosexual players at the club.

‘It’s like you can’t be a gay football player, people will go mad,’ Evra told Gabby Logan on the Mid Point podcast.

‘I give the example, when I was playing for West Ham, someone from the English federation came and he said “we need to accept everyone” and the amount of players that were like “no, if some of my team mates are gay they have to leave now, I won’t do any shower [with them]”.

‘I stand up and I say “shut up, shut up everyone, can you hear yourselves?” We still don’t accept everyone. In the football world they are not open minded enough and it’s a shame.’

Evra has previously claimed that he has played with two gay footballers at every club and that former gay players had confined in him but could not go public for fears of a backlash. 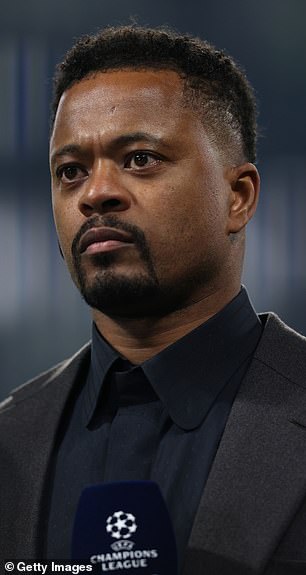 The 40-year-old added that he was still fully supportive of any player and that had they wished to come out he would do his best to protect them from a negative reaction from any of his team-mates.

As well as West Ham and Manchester United, Evra’s career also saw him feature for the likes of Monaco Juventus and Marseille, while he represented France 81 times between 2004 and 2016.

Sportsmail have contacted West Ham for comment but it is believed they have no knowledge of the incident ever taking place, or of Evra flagging his concerns. 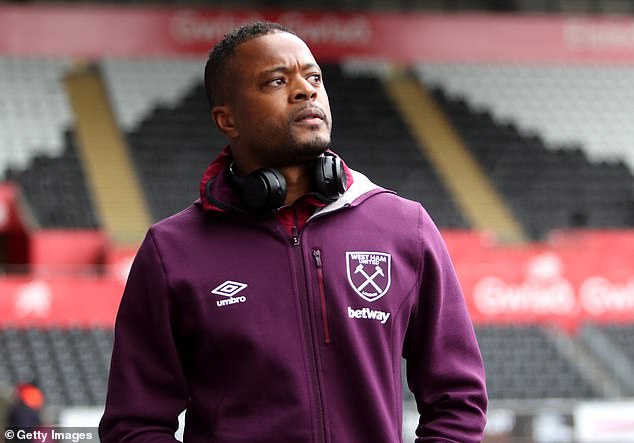