David Moyes is keen to add attacking reinforcements to his squad this month as the club look to get back on track in their quest for a top four finish.

The Hammers have suffered back-to-back defeats to Leeds and Manchester United, while Michail Antonio – the only recognised centre forward at the London Stadium – has scored just twice in his last 14 appearances.

Raphinha has been identified as a target but Leeds have turned down West Ham’s first bid, according to the Evening Standard.

The Whites are not prepared to sell their star man, who has scored eight goals in 19 Premier League games this season.

The 25-year-old is currently on international duty with Brazil and started the 1-1 draw against Ecuador on Thursday. Raphinha, 25, has scored eight goals in 19 Premier League games for Leeds this season 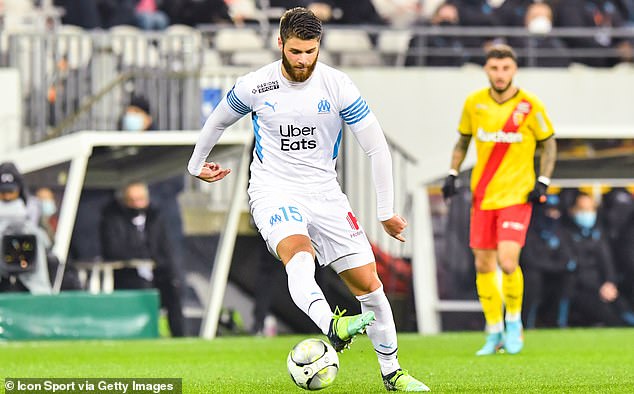 Time is now running out for West Ham to add to their front line, with the Evening Standard adding that Moyes has found it harder than expected to recruit this month.

The report claims that the Hammers are ‘still trying to sign a centre-back’ too, but their hopes of bringing in Duje Caleta-Car have also taken a hit.

Marseille are reluctant to let the 25-year-old Croatian leave as he is a regular starter under Jorge Sampaoli.