The couple were surrounded by family and friends as they celebrated their nuptials at Black Brewing Co, a craft beer brewery at Margaret River.

A series of Instagram photos show the couple dressed to the nines, with Jamie looking sharp in a tuxedo as Liv stunned in a strapless bridal gown.

The strapless, white frock featured heavy beading and silk flowers, and hugged her figure to perfection.

Liv opted for a minimal makeup palette and allowed her blonde locks to fall in loose waves.

It is not known if Liv wore a separate gown for the ceremony. 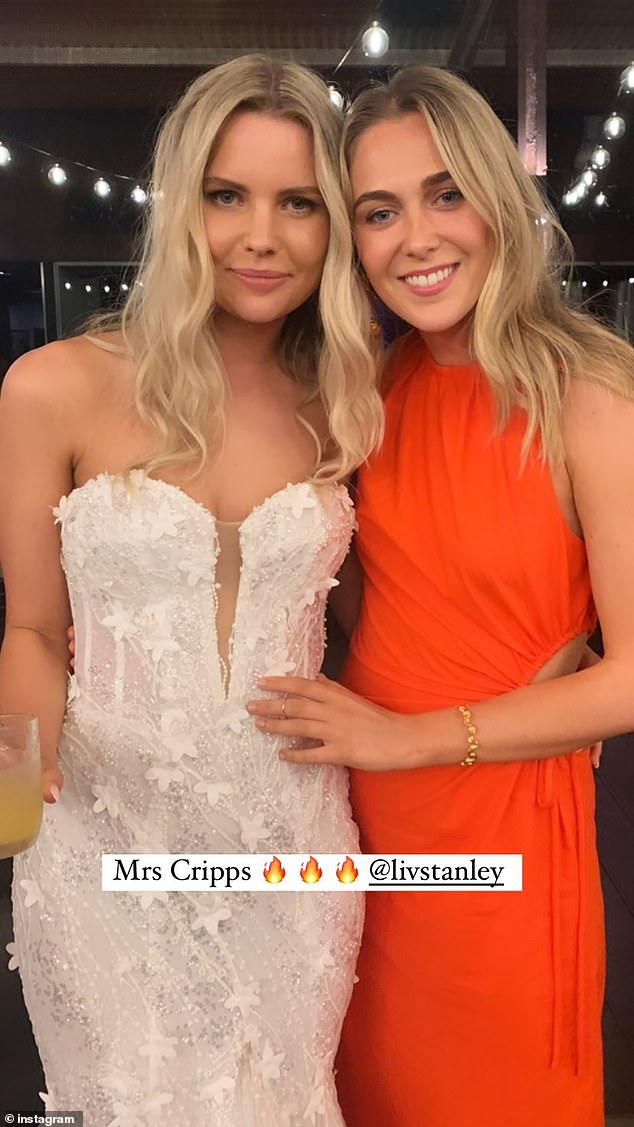 Mrs Cripps: Liv opted for a minimal makeup palette and allowed her blonde locks to fall in loose waves

According to Perth Now on Sunday, the couple exchanged vows at Black Brewing Co with nearly the entire team in attendance.

The pair have kept the ceremony quiet with little details released.

Luke Shuey and forward Jack Darling were both in attendance at the event, as was ruckman Nic Naitanui. 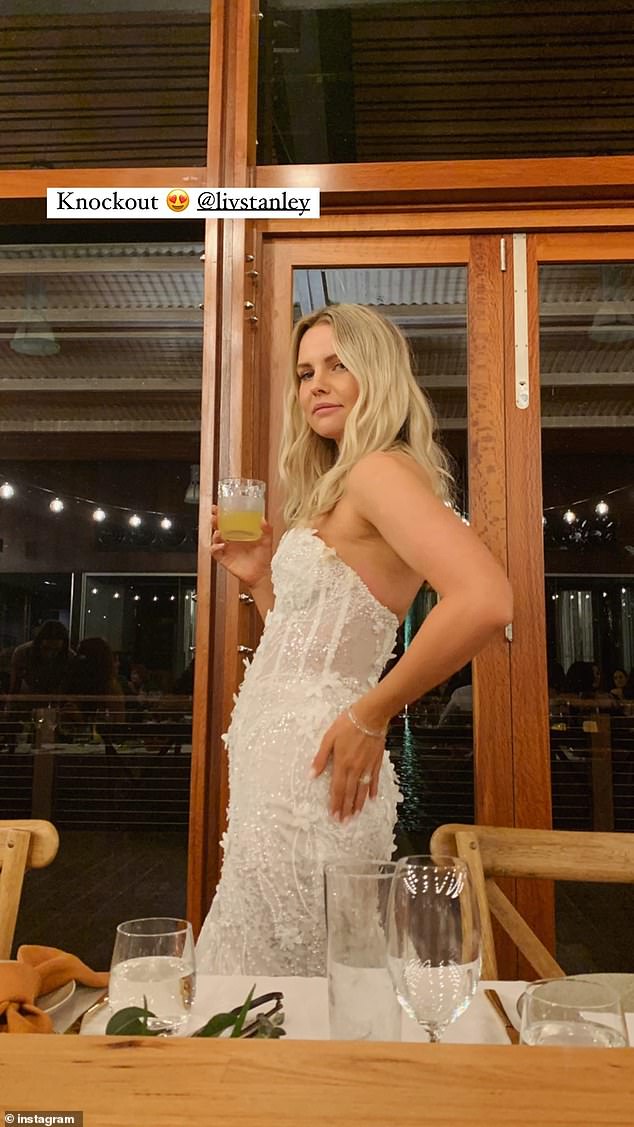 Knockout: Liv’s stunning beaded dress hugged her curves in all the right places 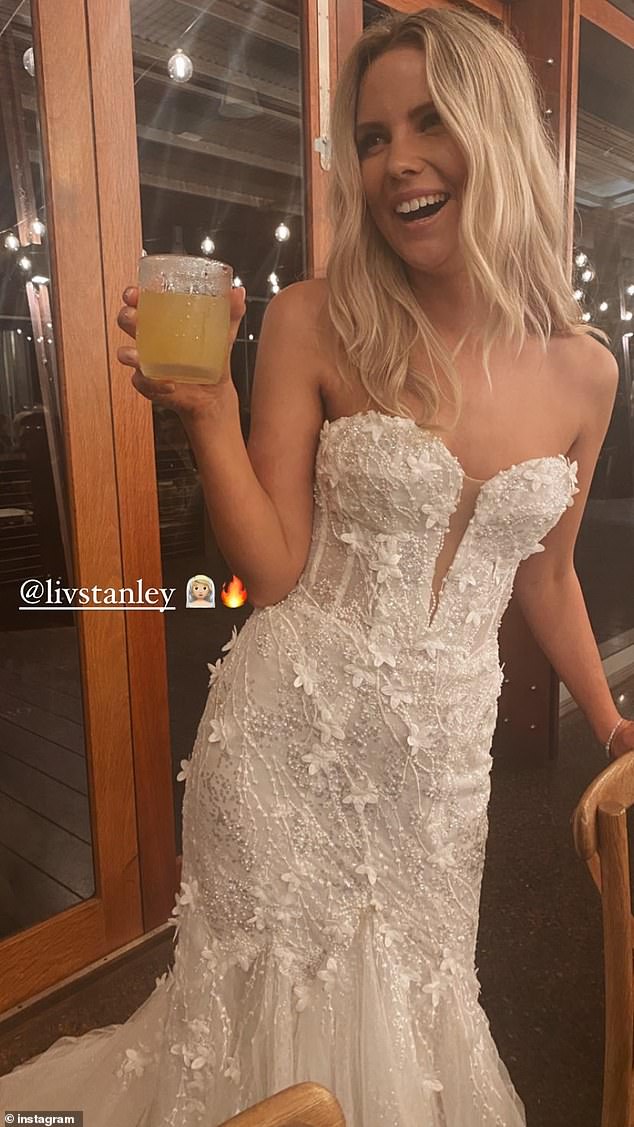 Blushing bride! Liv beamed as she posed with a beverage on her special day 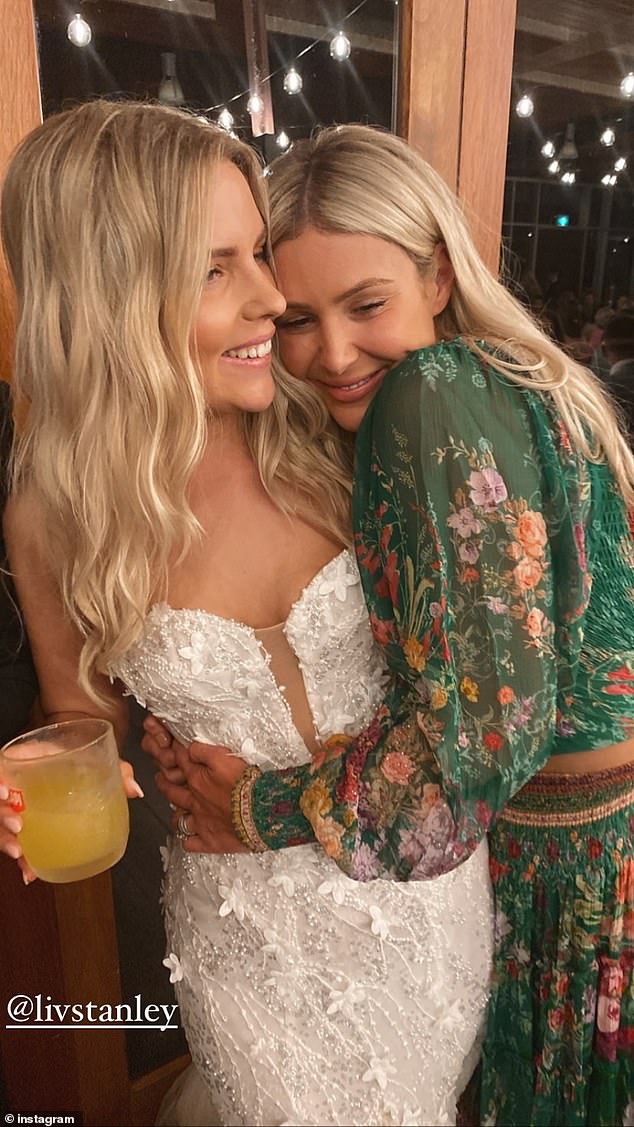 Happy: Pal Aymee Redden gave the glamazon bride a hug at the reception

The guests are said to have enjoyed a pre-wedding tennis game together.

Blonde bombshell Liv works as a model, and is signed with exclusive agency Chadwick.

The bubbly beauty appears to be friends with other WAGS including, Tayla Damir. 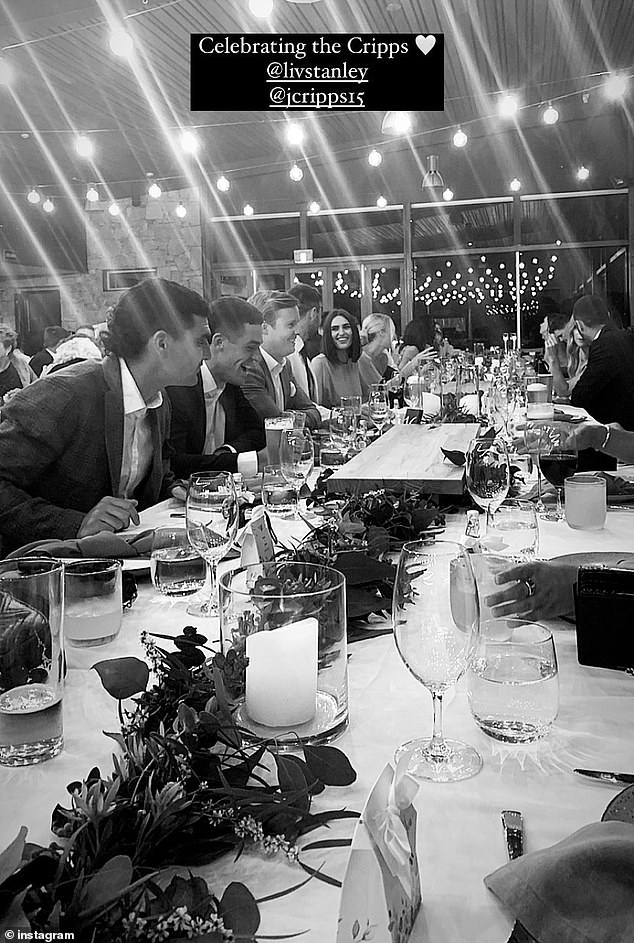 So glamorous! Guests looked to be upbeat and having a good time at the wedding 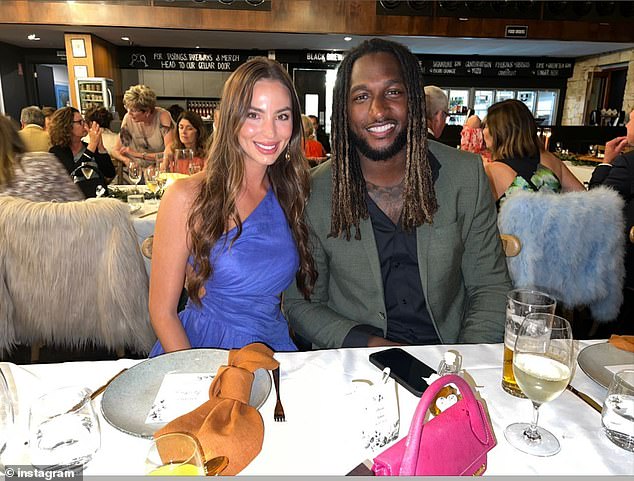 Guests: Nic Naitanui and girlfriend Brittany Bown were at the reception for the couple 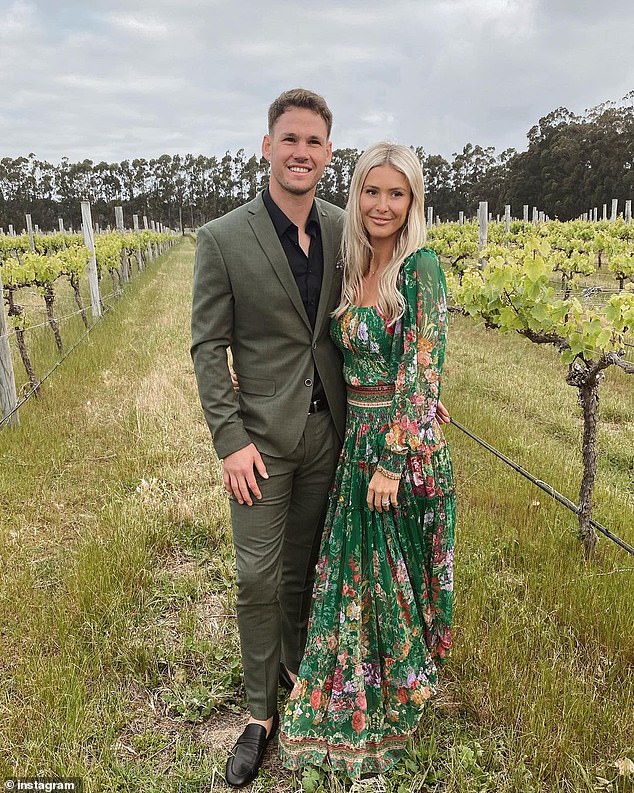 The couple already share a son together, Reif, who was born on September 16 last year.

Jamie got down on one knee and popped the question in Queensland, New Zealand, around two-years-ago.

‘YES to forever with you,’ Stanley said, with congratulations messages pouring in from her then 8,000 followers.

The pair were first romantically linked when Liv attended the John Worsfold medal ceremony back in 2017. 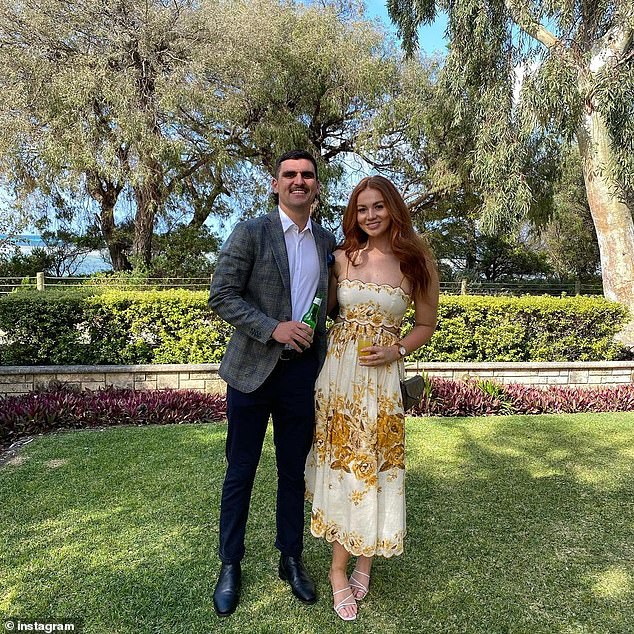 Dashing: Tom Cole with partner Lily Burke were also at the wedding festivities