Despite the recent market turmoil, businesses in industry from energy to film-making are backing Britain. Keeping corporation tax rates at 19 per cent – as Chancellor Kwasi Kwarteng has done by scrapping a rise to 25 per cent planned by his predecessor Rishi Sunak – will unleash more than £5billion of additional investment, according to think-tank the Adam Smith Institute.

It is part of a raft of pro-growth measures including new enterprise zones and tax breaks for company investment.

Firms’ confidence has been hit by uncertainty over Brexit and then by Covid. Business investment was at an all-time high of £224billion in the calendar year 2019, dropped to £201billion in 2020 and came back to £205billion in 2021.

But the UK is an attractive destination for international companies because of our outstanding universities, our legal system, the ubiquity of the English language and skilled workforce. The weakness of the pound may make the UK even more attractive to overseas investors.

Here, we look at some of the big names ploughing billions of pounds of investment into the UK – even before the mini-Budget – which they believe will create profits, growth and jobs.

From North Sea oil and gas to Britain’s burgeoning renewables industry, FTSE100 giants including Shell, BP and SSE have drawn up multi-billion pound plans to invest over the next decade.

Shell will plough in as much as £25billion, most of it into green projects. BP intends to invest £18billion into the UK’s energy system by the end of 2030. Renewables giant SSE may invest up to £24billion in energy security and decarbonising the electricity system.

SeAH Wind, a division of the South Korean steel manufacturer SeAH, has received approval for a plan to build a £400million factory on Teesside that will make offshore wind turbines, creating 700 jobs. 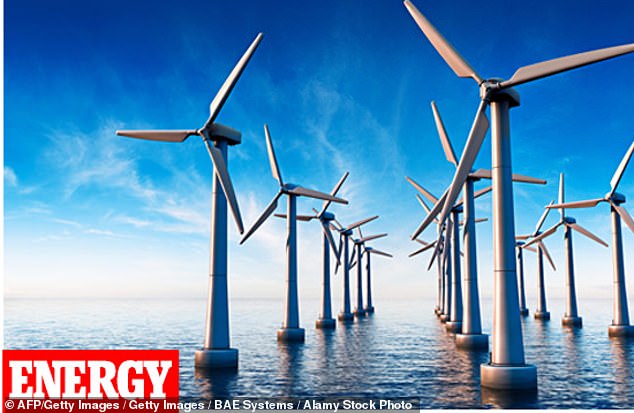 This is part of £3.5billion of committed investment secured in the region under the ‘Freeport’ system unveiled by Boris Johnson and souped up by Prime Minister Liz Truss.

Further North Sea licensing rounds could trigger a fresh burst of oil and gas activity. Norwegian oil and gas giant Equinor is mulling a multibillion pound investment in the Rosebank field in the North Sea, one of the biggest and most lucrative new projects.

In the first three months of this year, British technology firms raised £12.4billion in venture funding alone – second only to the US.

Apple and Google, which already have a sizeable presence here, have unveiled major plans to expand their British outposts.

In addition to its new London HQ in King’s Cross, Google is investing £871million into buying the Central St Giles development in Covent Garden, creating room for new staff.

Apple is opening a new UK headquarters in early 2023, though it has not put a figure on its investment yet.

Amazon invested £11.4billion in 2021. It has not revealed the full scale of its UK investment ambitions for this year and next.

However, the online shopping giant is hiring 4,000 new employees in 2022 in the UK, taking its total workforce to 75,000. It has also established a major hub in the UK for Amazon Web Services, the company’s ‘internet cloud’ operations. It expects to spend more than £1.8billion building and operating data centres over the next two years.

Kwarteng and Truss want to give a fillip to financial services by scrapping EU regulations that make it harder for big investors to back UK infrastructure projects. FTSE100 insurance company Phoenix says this could enable it to invest between £40billion and £50billion over several years, much of it in the UK.

London was the top European city for investment by foreign companies in 2021, and has been so far in 2022 too. International accountancy firm KPMG is hiring an additional 1,000 data scientists and engineers in the capital this year as part of plans for a new digital solutions business. In another vote of confidence, US investment bank JPMorgan is to double the size of its workforce at its fledgling UK retail bank, Chase, to 2,000 within two years.

The bank reportedly has plans to move work from Germany to the UK over power blackout fears triggered by the Ukraine war. Germany is more reliant than this country on Russian oil and gas.

A raft of takeovers of leading British aerospace and defence firms in recent years does not mean the industry has been lost.

Britain is spearheading efforts to develop the Tempest programme, which is putting together proposals for a new sixth-generation fighter jet that could be equipped with lasers, be able to fly unmanned and use swarming technology that controls teams of drones. 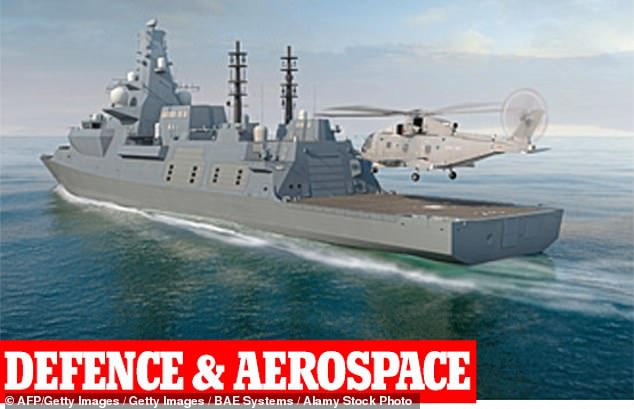 BAE Systems, the UK’s largest defence company, is committing £900million over the next few years to the Tempest project, UK industry and the revamp of a ship assembly facility in Govan, in Glasgow, where it is building Type 26 frigates.

American company Viasat has pledged to invest £300million into the UK over a ten to 15-year period if its £5.4billion takeover of British satellite communications firm Inmarsat goes through.

Global pharmaceuticals giant AstraZeneca has been investing in the UK including in a new global research and development centre recently opened in Cambridge.

Rival GlaxoSmithKline, led by Emma Walmsley, is planning a £400million science campus in Hertfordshire that could create 5,000 highly skilled jobs.

Mining and mineral processing company Pensana is investing £150million to build a refinery in Saltend in East Yorkshire to produce crucial materials for the magnets used in electric cars.

Aston Martin is building a Formula 1 factory over the road from the historic Silverstone Grand Prix circuit in Northamptonshire. 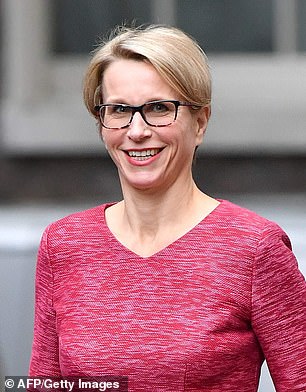 New campus: Emma Walmsley, head of GSK, which is planning to create 5,000 jobs

Bentley has unveiled plans to build its first battery-powered electric vehicle in the UK and is investing £2.5billion in sustainability initiatives over the next ten years. And Nissan is planning a £1billion expansion in Sunderland, where it will build an electric car hub creating 1,650 new jobs.

Burgeoning demand for British film and TV production facilities, which have attracted projects from Barbie to The Witcher, could see overseas investment hit £7.5billion a year by 2025.

The figures from the British Film Commission suggest a rise of almost £3billion in just four years as Amazon, Disney and Netflix turn to the UK.

Britain’s industry already has a pipeline of streaming series including Disney’s Loki and Star Wars: Andor, thanks to tax breaks and a weak pound. Studio development in the UK has already surged, making the home counties Europe’s equivalent of Hollywood.

Disney is investing in Pinewood Studios, Buckinghamshire, where James Bond films are made.

Amazon has filmed the TV adaptation of The Lord Of The Rings in Hertfordshire. Sunset Studios, the producer of La La Land and Zoolander, is developing a £700million complex in the same county.

Sky is building 28 acres of studios at Elstree, Berkshire, and, by next year, a £300million complex in Dagenham will be London’s biggest film and TV production campus.

A failing UK economy? Couldn’t be further from the truth

The vision of Britain as a postindustrial, failing economy, which currently pervades the financial markets and national debate, could not be further from the truth.

The nation’s world-beating research universities – Oxford, Cambridge and London’s Imperial and University College – are huge sources of pride with their technology and life sciences spin-offs.

Who can forget the triumph of Oxford in protecting the nation’s health with the fast-track development of the AstraZeneca Covid19 vaccine? Thanks to the success of AstraZeneca – and that of its rival GSK in developing vaccines and treatments for diseases including meningitis, HIV and respiratory conditions – the UK has become a magnet for inward investment in pharmaceuticals.

Britain remains the number one venue in Europe for new high tech, ranging from artificial intelligence to fintech and the online gaming sector.

The fall in sterling has been destabilising in recent weeks. But, as we learnt after the UK was ejected from the exchange rate mechanism in 1992, when the pound depreciated, it was followed by a golden period of abovetrend growth.

In aerospace, Britain has two European champions in BAE and Rolls-Royce, as defence budgets around the world are ramped up in the face of Russia’s brutal war on Ukraine.

And in the creative sector, from The Crown to Star Wars and James Bond, investors such as Disney and Sky are counting on UK talent, film stages and postproduction facilities.

Britain’s cup is more than half-full, defying the negative narrative.