Michael Sheen handed back his OBE after criticising the ‘past wrongs’ committed by England.

The Welsh actor, 51, made the decision to relinquish the honour whilst preparing to give a lecture on the history of Wales in 2017, in order to avoid being a ‘hypocrite’.

He said the decision was made for him after learning about the two nations’ ‘tortured history’, as he felt he could not deliver the lecture without handing back the OBE.

Sheen also took issue with the monarchical tradition of handing down the heir to the throne the title of Prince of Wales – claiming that Charles should be the last to hold this title as it was a ‘humiliation’ to the Welsh.

The actor, who has played Tony Blair, football boss Brian Clough and broadcaster David Frost, received the honour from the Queen at Buckingham Palace in 2009.

But he handed it back after researching Welsh history while preparing to give the lecture to students in 2017.

He said he realised it would be hypocritical for him to discuss the ‘relationship between Wales and the British state’ while still having the OBE. Sheen said reading up on the history of Wales for the annual Raymond Williams lecture – named after a marxist academic – had opened his eyes to issues still ‘resonant’ today.

He added: ‘In my research to do that lecture I learnt a lot about Welsh history. I’m still standing at the foothills of an understanding of all that, but that was a crash course. By the time I’d finished writing that lecture, I remember sitting there going, ‘Well, I have a choice. I either don’t give this lecture and hold on to my OBE or I give this lecture and I have to give my OBE back’.

‘I wanted to still give the lecture so I gave my OBE back.’

He said he told the Palace at the time that he did not mean to be rude and felt ‘incredibly honoured’ to have received it back in 2009. 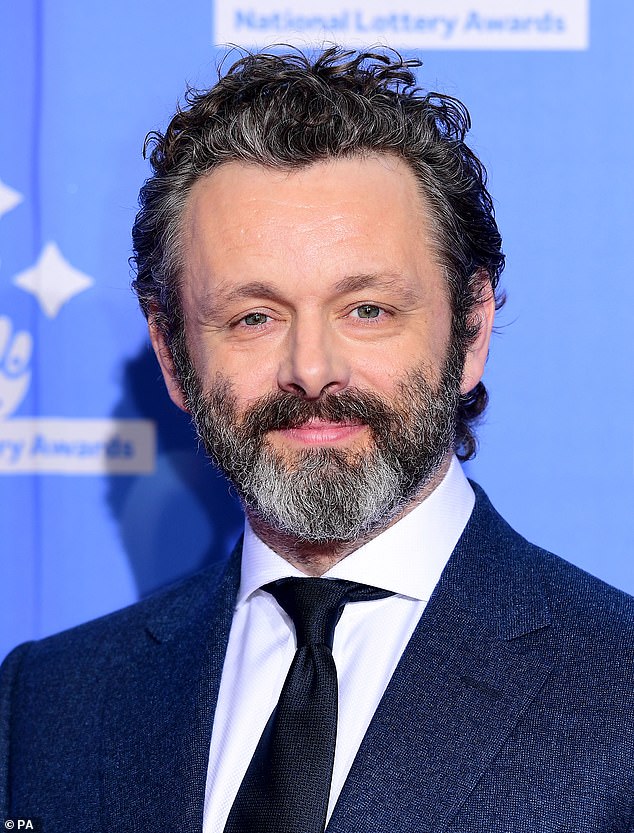 ‘I said, ‘I mean absolutely no disrespect by doing this, I don’t want to cause a big fuss about it’,’ he told journalist Owen Jones. Father-of-two Sheen said the OBE had ‘meant a lot to me and my family’ and had ‘helped’ him in lots of ways. He added: ‘People go, ‘Why are you getting so upset about things that happened hundreds of years ago?’ But it’s true, it still has a power here.’

Sheen said the title Prince of Wales, which William is due to inherit when Charles becomes king, was first given to an Englishman by King Edward I in 1301 to ‘keep down the Welsh rebellion’.

He added that a recent row after a bridge over the River Severn between England and Wales was renamed the Prince of Wales crossing showed how important it still was. ‘These things have power,’ he said. ‘The idea of the Prince of Wales and that being an Englishman and the history of that.’

The actor said the Queen was a ‘remarkable person who’s done exemplary service to the country’. But he said there should be a ‘break’ in the tradition of awarding the title to the heir to the throne following her death.

‘I’m asking for no more or less than to make a break there – put some things that have been wrongs of the past right,’ he said. ‘There’s an opportunity to do that at that point.’ He said the monarchy should not carry on the ‘humiliation’ to Wales because of ‘habit’.

Sheen said he did not want to ‘publicise’ his decision to hand back his OBE at the time, but added: ‘If someone asks me about it I would be transparent and no one has ever asked me.’ The actor has a daughter aged one with girlfriend Anna Lundberg and a daughter called Lily with ex-girlfriend Kate Beckinsale. His other exes include American comic Sarah Silverman and actress Rachel McAdams.

Others who have returned or rejected honours include John Lennon, who was awarded an MBE in 1965 but returned it in protest at Britain’s foreign policy and the Vietnam War. Alan Bennett turned down a CBE in 1988 and rejected a knighthood in 1996 as it wouldn’t ‘suit’ him.