Weather itself does not have any significant effect on the spread of the coronavirus, a new study suggests.

Researchers found that changes in temperature and humidity account for just three percent of COVID-19 transmission.

However, behavioral shifts that occur during the seasons, such as travel and time spent away from home, are responsible for up to 60 percent of the disease’s spread.

The team, from the University of Texas at Austin, says the findings provide evidence that warmer and cooler temperatures do not have any impact and the reason the virus has been so transmissible is almost entirely due to human behavior.

A new study from the University of Texas at Austin looked at how coronavirus spread in the US between March and July 2020 comparing temperature with cellphone data. Weather had little influence on the spread of coronavirus at no more than 3% both state-wide and county-wide (above)

Taking trips and spending time away from home were the top two contributing factors for transmission, accounting for 34% and 26%, respectively (above) 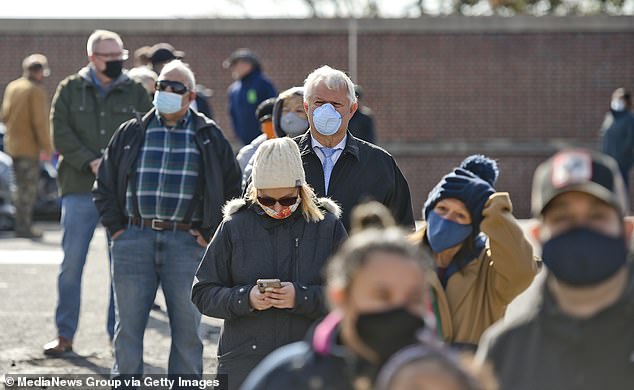 Population was responsible for 23% of the reason of spread and urban density, accounted for 13%. Pictured: People wait in line to vote at the West Reading Borough Hall in Pennsylvania, November 3

When the pandemic first began, there were hopes that hot temperatures could curb the spread of the coronavirus as usually occurs with other respiratory viruses such as the flu.

However, the summer months only brought about a second wave with cases peaking at 73,715 on July 24.

The team says the temperatures do have an influence on how people act, which can indirectly influence the spread of the virus from one person to another.

‘The effect of weather is low and other features such as mobility have more impact than weather,’ said lead author Dr Dev Niyogi, a professor at UT Austin’s Jackson School of Geosciences and Cockrell School of Engineering.

‘In terms of relative importance, weather is one of the last parameters.’

For the study, published in the International Journal of Environmental Research and Public Health, the team looked at how the virus spread in different areas between March 2020 and July 2020.

Researchers also looked at cellphone data across US states and counties to study Americans’ travel habits.

Some studies have suggested that latitude has an impact on the number of coronavirus cases.

While large proportion of-countries along the mid-latitude have more infections, the team says this is negated by the fact that higher number of populations live in these areas.

Across state-wide and county-wide scales, they found weather had little influence on the spread of coronavirus at no more than three percent.

There was also no indication that a specific type of weather – hot or cold – stimulated spread over another. 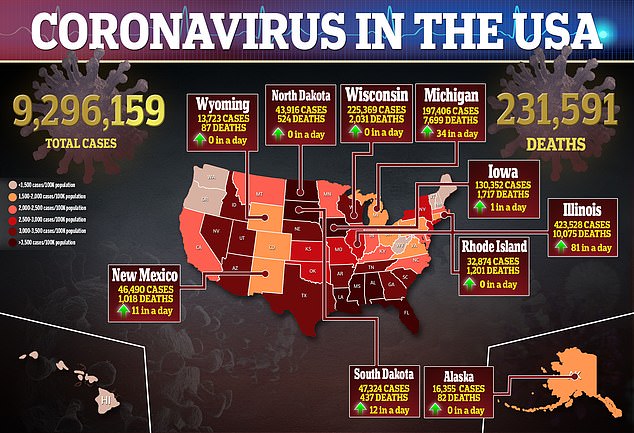 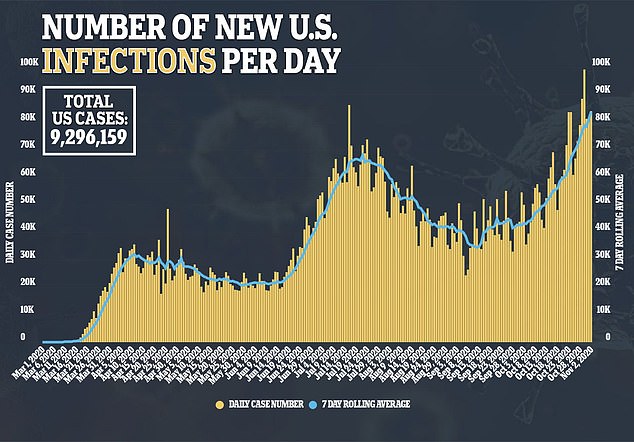 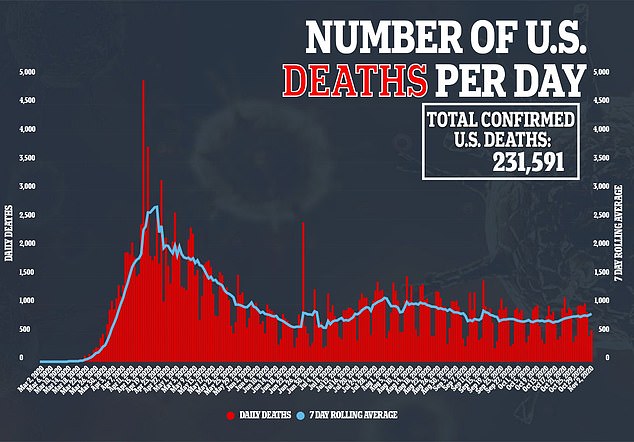 However, human behavior was found to be the clear influence.

Taking trips and spending time away from home, also called homestay, were the top two contributing factors to COVID-19 transmission, accounting for 34 percent and 26 percent, respectively.

The next two important factors were population – responsible for 23 percent of the reason of spread – and urban density, accounting for 13 percent.

‘We shouldn’t think of the problem as something driven by weather and climate,’ said co-author Dr Sajad Jamshidi, a research assistant at Purdue University in Indiana.

‘We should take personal precautions, be aware of the factors in urban exposure.’

Recently, the World Health Organization (WHO) said the virus can be transmitted in any kind of weather and that there is no reason to believe cold weather can kill it.

The UN health agency says rain and snow might dilute any traces of the virus on benches or other outside objects, but transmission from surfaces is not believed to be a major contributor to the pandemic.

Scientists say the real concern about cold weather is that lower temperatures are more likely to keep people indoors – potentially in more crowded spaces where the virus can spread more easily.

WHO and others have also warned that in indoor spaces with poor ventilation, transmission happens more easily because the virus can be spread in the air and infectious particles might remain suspended in the air for several hours. 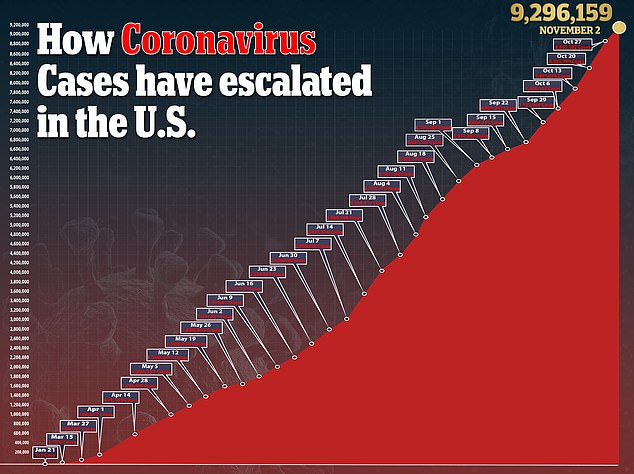